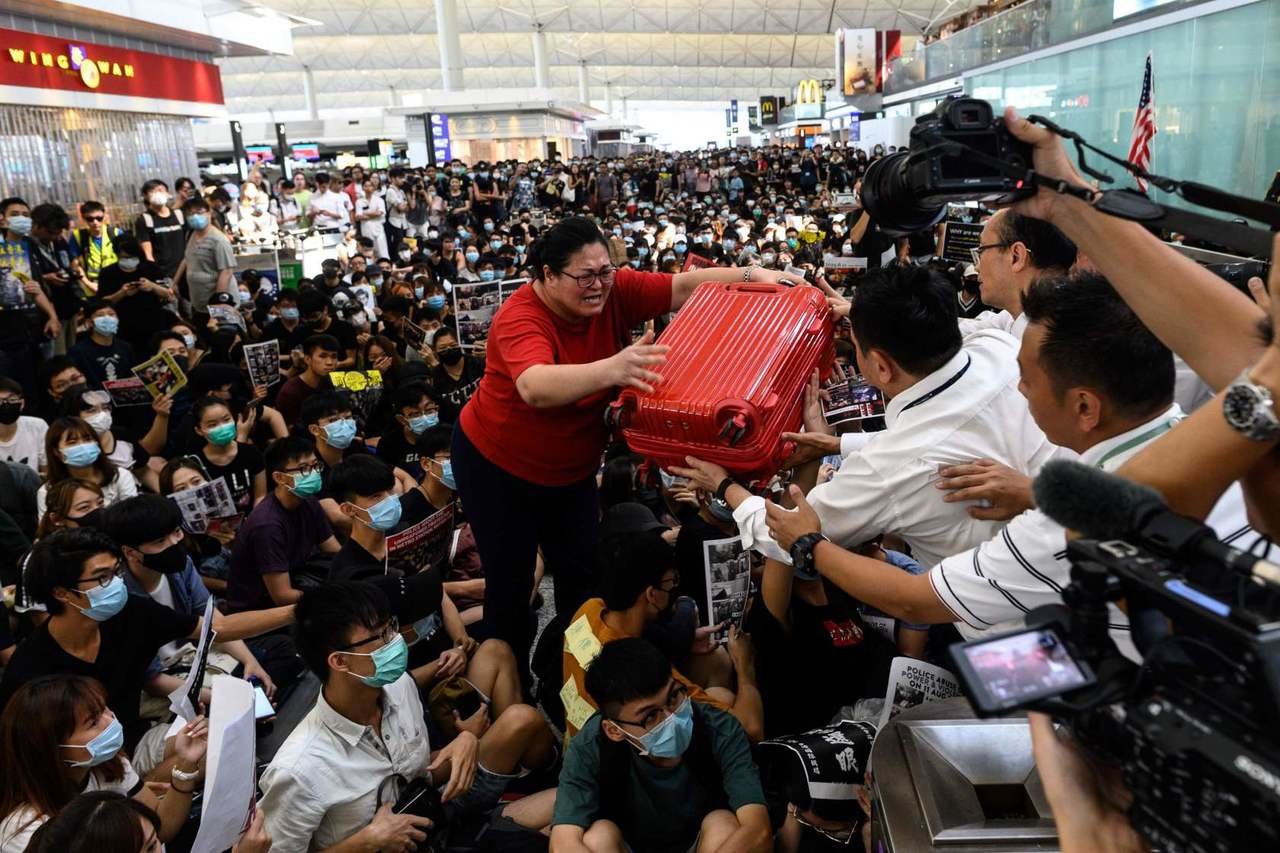 Airport handled 5.99 million passengers in August, a drop of 12.4 per cent compared to same month last year. Decline was biggest drop since June 2009, which posted a fall of 18.9 per cent.

Hong Kong International Airport suffered its biggest monthly drop in passengers in a decade, with a decline of 12.4 per cent – or at least 850,000 fewer travellers – in August as anti-government protests gripped the city, according to figures released on Sunday.

The Airport Authority said the steep drop in passengers came largely from China, Southeast Asia and Taiwan, all of which posted “significant declines”. Hong Kong reported a 40 per cent decrease in tourist arrivals in August.

The airport said it handled 5.99 million passengers in August, a drop of 851,000 travellers compared to the same month last year. The decline was the single biggest drop since June 2009, which posted a fall of 18.9 per cent.

Concerns for travellers were most evident on August 12 and August 13, when protesters caused a near complete shutdown of Hong Kong’s airport and the cancellation of nearly 1,000 flights.

In 2019 to date, Hong Kong airport has handled 50.6 million passengers, up 0.4 per cent. In contrast, neighbouring Guangzhou has handled 4.9 per cent more passengers and Singapore Changi passenger traffic has grown grew 3.4 per cent up to July.

United Airlines, one of three major US carriers, further downsized its Hong Kong flights over the weekend, amid a decrease in demand during the citywide protests.

The Chicago-headquartered carrier has switched all flights over the winter to Hong Kong from New York Newark and San Francisco to its smallest Boeing 777-200 aircraft, which offers the fewest seats on long-haul flights.

The downsizing, according to calculations by the Post, means the US carrier would offer 5,607 weekly seats to Hong Kong – based on a one-way calculation – a 25 per cent cut from the status quo, bigger than the 16 per cent capacity cut planned earlier.

Scott Kirby, the president of United, reportedly said the Hong Kong market was “terrible” in a room of investment analysts at a Morgan Stanley conference last week.

Qantas last month said it would cut its capacity to Hong Kong by 7 per cent by flying smaller planes.

Cathay Pacific and Cathay Dragon last week made a string of changes in response to the anti-government protests and the impact of Beijing’s pressure – factors that led to steep declines in business on mainland routes.

Cathay Pacific suspended Dublin flights over the winter, removed daytime flights to Paris and Frankfurt and trimmed the number of flights to Vancouver, New York JFK and Washington. Cathay Dragon suspended flights to Medan, Indonesia, and one daily flight each to Beijing and Tokyo.