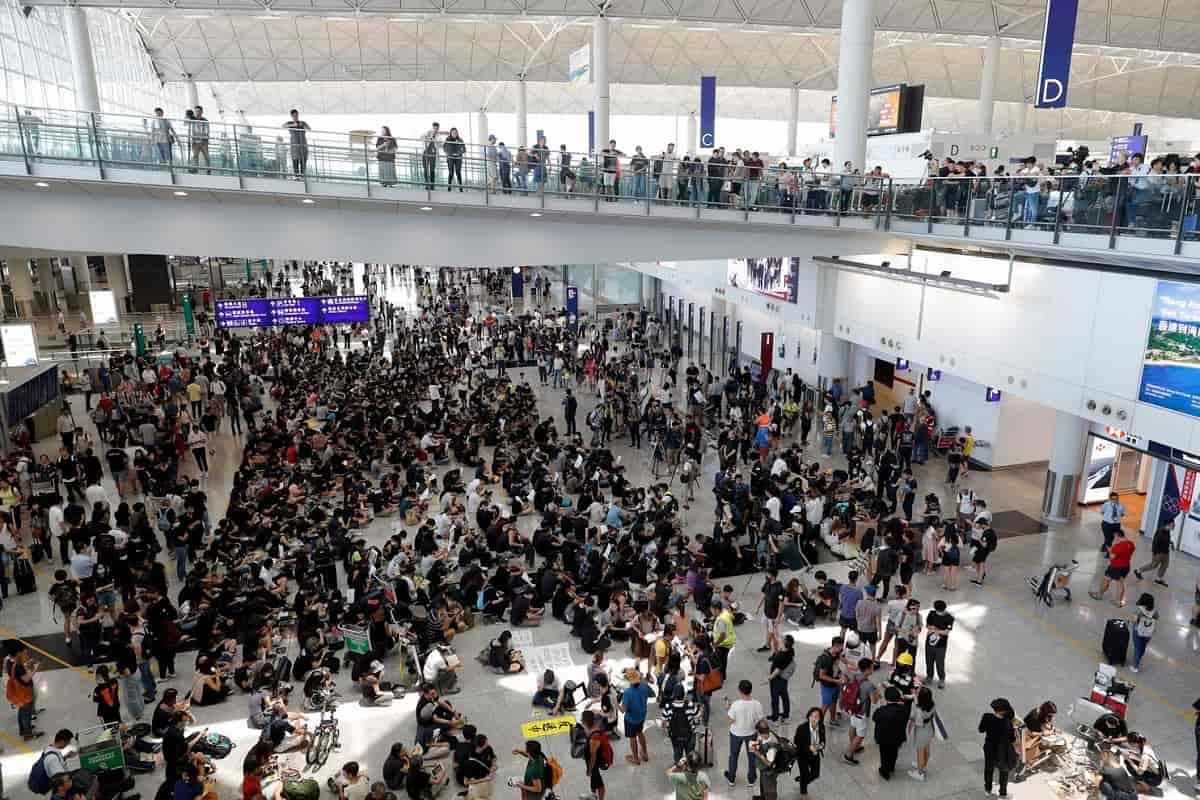 “Please forgive us for the ‘unexpected’ Hong Kong,” said the English leaflets that were handed out to arrival passengers at the Hong Kong International Airport. “You’ve arrived in a broken, torn-apart city, not the one you have once pictured. Yet for this Hong Kong, we fight.”

Only departing passengers with tickets or boarding passes and valid travel documents will be allowed to enter the check-in area at Terminal 1 until Sunday night, the Hong Kong Airport Authority said in a statement Friday, and security personnel have been deployed to assist passengers and airport staff. The sit-in will serve as a backdrop for a flurry of weekend protests across the city, including separate rallies by senior citizens and families.

The weekend protests come days after a general strike that disrupted the financial hub’s morning rush hour, leaving traffic jammed, subway lines suspended and dozens of flights canceled. Those demonstrations, which ended in tear gas and dispersal operations, prompted local leader Carrie Lam to warn of a “very dangerous situation” as her China-backed government struggles to quell an unpredictable and increasingly widespread movement.

Protesters said they wanted to reiterate their demands and put their case “in front of an international audience,” according to social media posts from demonstrators.

The massive travel hub connects the city to more than 220 global destinations and served 74.7 million passengers last year, according to the airport’s website.

Airport authorities said only departing passengers with travel documents will be allowed to enter Terminal 1 on Friday morning, as the airport braces for what protesters are describing as a three-day event. The terminal serves long-haul flights.

Online platforms such as Instagram, Telegram, Airdrop and local Hong Kong forums have become the main means of organization among protesters because they give some anonymity to users.

The demands were originally released in July, a day after a small group of protesters stormed the Hong Kong legislature:

So far, Hong Kong authorities have given no concessions, though Chief Executive Carrie Lam “suspended” the extradition bill last month.