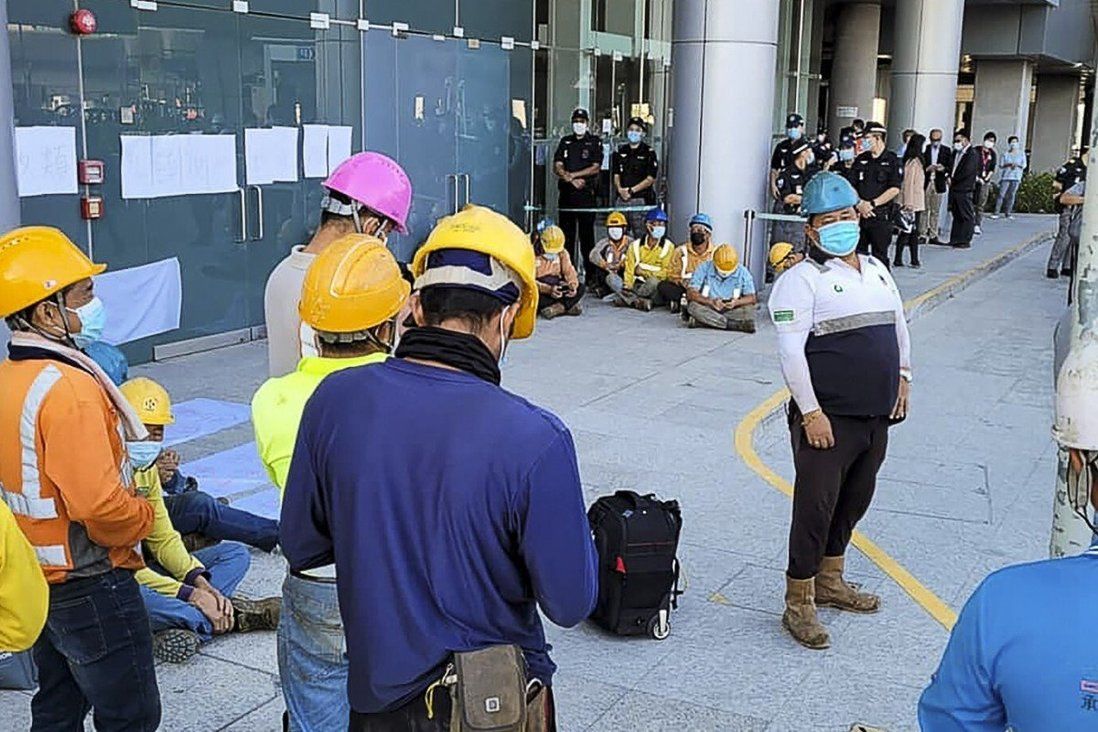 Operator of city’s aviation hub also gives reassurance that mega development will not be delayed or overrun budget.

Hong Kong’s Airport Authority has waded into a labour row between contractors involved in the third runway project, calling for the proper management of workers’ wages following a staff protest over unpaid salaries.

More than 100 staff members under main contractor Leighton Asia-Chun Wo, a joint venture, launched a sit-in demonstration on Tuesday morning, claiming they were owed wages at the end of their work arrangements with the authority.

The authority said it had been paying the main contractor according to agreed terms and procedures. The workers are managed by a subcontractor.

Federation of Trade Unions lawmaker Michael Luk Chung-hung said the main contractor was in charge of foundation and substructure works for a new terminal at the airport, with the contract valued at HK$2.43 billion in 2017. 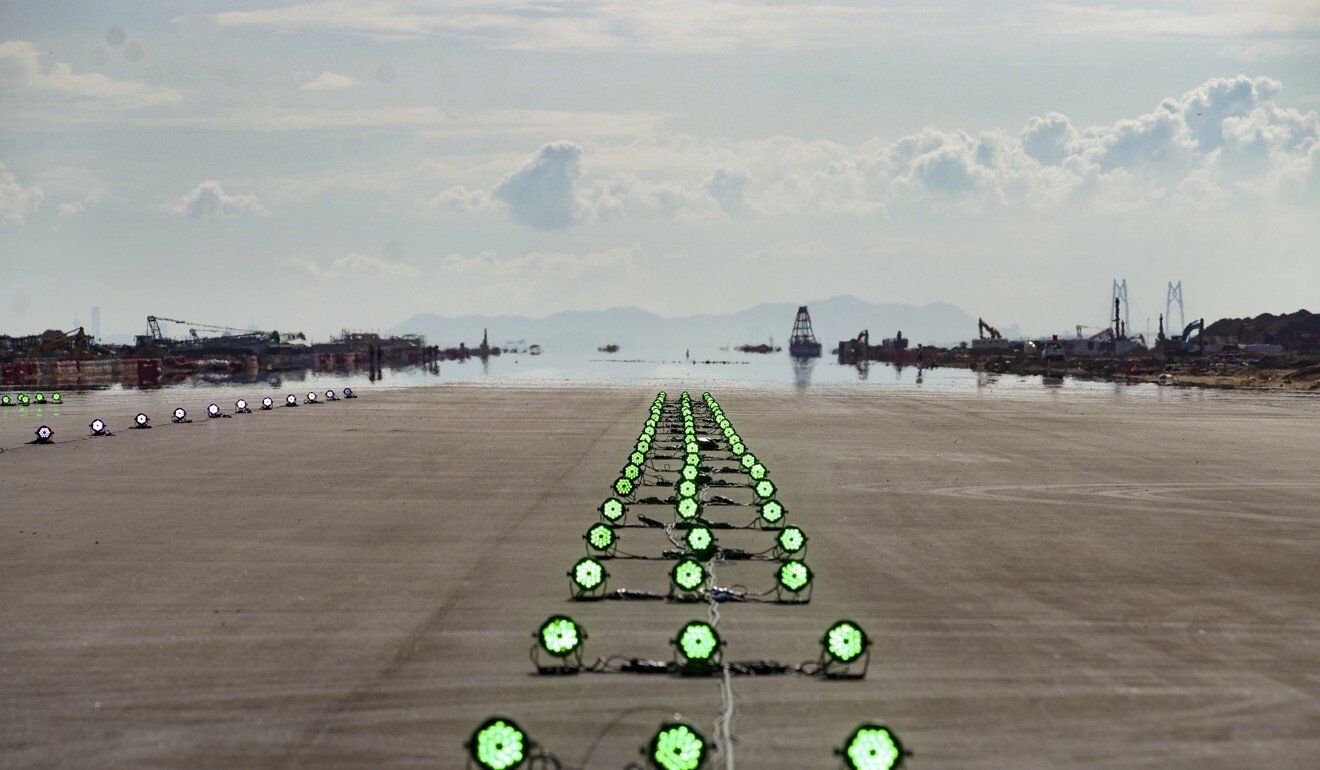 The third runway, including accompanying infrastructure, is set to open by 2024.

“The Leighton-Chun Wo Joint Venture has had disputes with some subcontractors – we’re still investigating the reasons – so they didn’t pay the subcontractors, who subsequently didn’t pay workers,” said Luk, who was a mediator in the row.

Luk said the authority and Labour and Welfare Bureau had also called on the federation to intervene and respond, putting pressure on the contractors to come up with a payment deadline.

He urged both sides to set up negotiations as soon as possible to restore trust among workers and protect their rights.

“The federation would like to reiterate that no matter how the main contractors and subcontractors have disputes, these should not affect workers’ payment,” Luk said. “That is not an excuse.”

“The contractors dragged the workers into the water, and we reprimanded Leighton Asia for placing them in a difficult position,” he said.

The authority said in a statement it was arranging for an orderly and “phased handover” of assignments after its contract with Leighton ended, giving its assurance that construction work for the third runway would be completed as planned and within budget.

The Labour Department, in an email response to the Post, expressed concern about the incident, saying it had contacted relevant parties to provide necessary help. It also advised affected workers to approach branch offices for inquiries “on the Employment Ordinance and their employment rights and benefits”.

The Leighton Asia-Chun Wo Joint Venture is responsible for the construction of the new Terminal 2 basement structure, a South Annex Building, future viaduct foundations and demolition works required for the expansion of the existing Terminal 2 building, as shown on its website.

The HK$141.5 billion third runway project, approved by the Hong Kong government in 2016, was aimed at meeting future air traffic growth and to maintain the city’s competitiveness as a global aviation hub.

The project comprises a series of infrastructural developments, including 650 hectares in land reclamation, a new concourse building and the expansion of the Terminal 2 complex connected by an automatic passenger-mover system, as well as baggage-handling services for arrivals and departures.

The 60-metre-wide third runway spans 3.8km in length, featuring some 14,000 ground lights to help guide pilots. The entire development is set to be completed by the end of 2024.