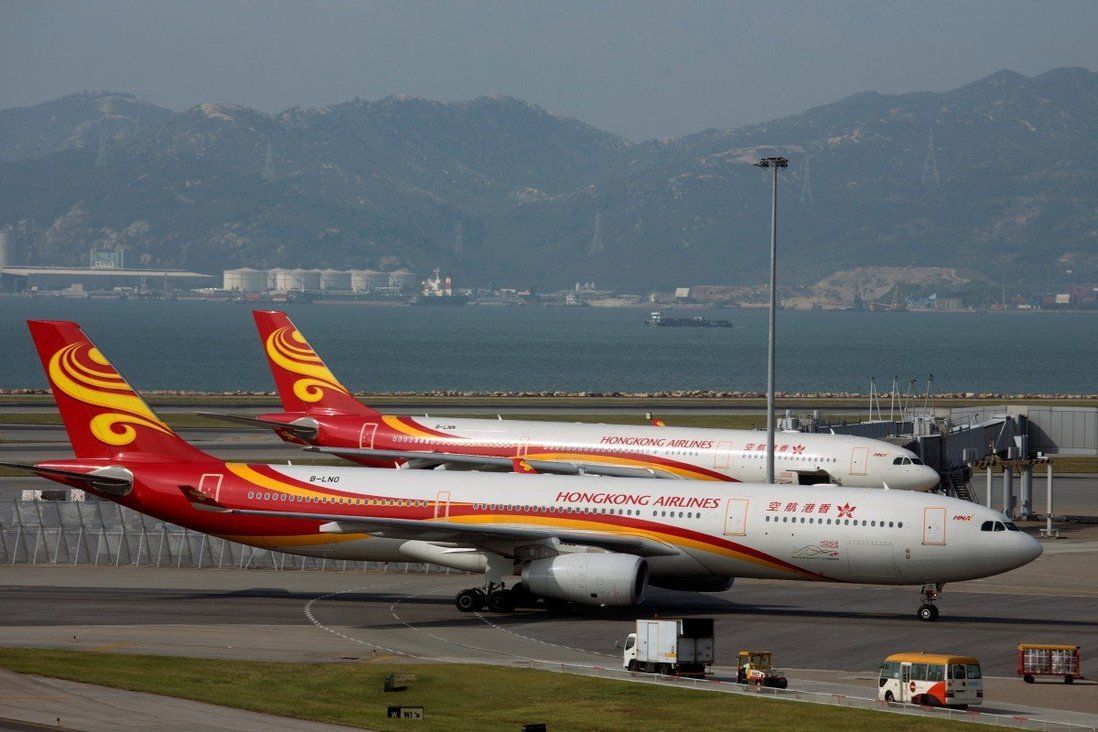 High Court filing by Hip Hing Construction Company did not provide any details, only mentioning dues of HK$216 million and an interest of HK$80.4 million for late payment.
Hong Kong Airlines has been slapped with a second lawsuit in a week, this time over alleged non-payment of fees totalling HK$300 million (US$39 million).

Hip Hing Construction Company on Tuesday lodged a claim against Hong Kong’s second-largest airline over payments pursuant to an agreement dated November 29, 2018, and confirmed by the firm, A. Lead Architects.

The High Court filing did not provide details of the agreement, apart from stating an outstanding balance of HK$216 million plus an interest of HK$80.4 million for late payment up to April 30.

On top of the HK$296.4 million, the plaintiff is also demanding a further interest on the principal, to be calculated at the contractual rate of 15 per cent per annum up to the date of full payment.

Hip Hing’s website showed it had completed a project for the airline in 2019, known as the Hong Kong Airlines Aviation Training Centre, with A. Lead Architects listed as the architect.

Situated in Chek Lap Kok on Lantau Island, the HK$1.8 billion centre is an 11-storey building containing 24 training classrooms and 12 flight simulators, with a training hall and swimming pool, among other facilities.

The lawsuit came just days after Fujian-based Industrial Bank sued Hong Kong Airlines Aviation Training Centre on April 28, over an alleged failure to repay an unspecified sum and for delivery of vacant possession of the 5,858 square metre (63,055 sq ft) plot on which the centre was built.

Both cases have yet to be scheduled for hearing.

The airline industry has been one of the hardest hit amid the coronavirus pandemic, with travel restrictions, and health and quarantine requirements effectively eliminating air travel for most.

Hong Kong Airlines, a member of the cash-strapped Chinese conglomerate HNA Group, had already axed jobs at the start of the pandemic, far earlier than other airlines, and instituted steep pay cuts to keep salary costs in check.

When asked about the latest lawsuit, a spokesman said the airline was “communicating with the concerned company on the issue”.

“As a private company, we do not comment on our financial activities,” the spokesman added.
#Coronavirus
Add Comment