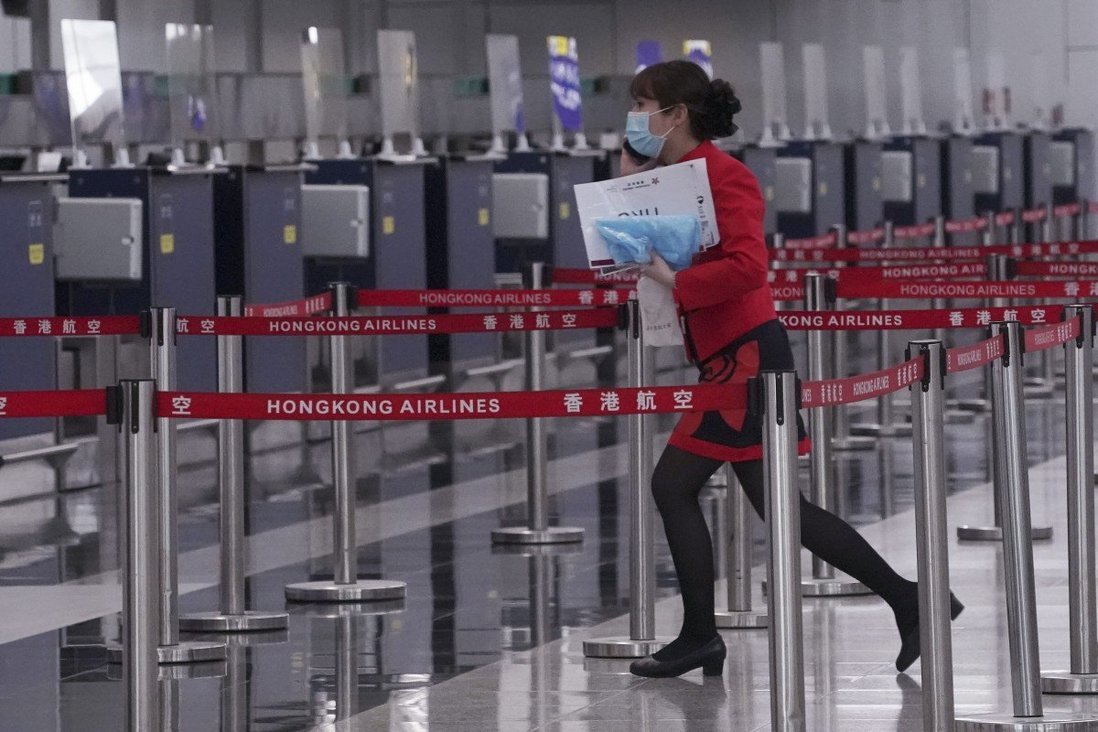 The carrier on Saturday acknowledged a discrepancy in the employee headcount given to the government after ex-flight attendants filed a complaint.

Cash-strapped Hong Kong Airlines (HKA) has been penalised for breaching the rules of a government coronavirus wage subsidy scheme that provided it HK$154.3 million (US$19.9 million), the operator confirmed on Saturday.

The case came to light after a concern group formed by ex-cabin crew filed a complaint against the company, saying it had noticed discrepancies in the sum the airline received and the amount passed to staff.

The ailing carrier originally tapped the city’s HK$81 billion Employment Support Scheme (ESS) to fund salaries from June to August then again between September and November last year, money intended to protect the jobs of its then 2,940 employees. 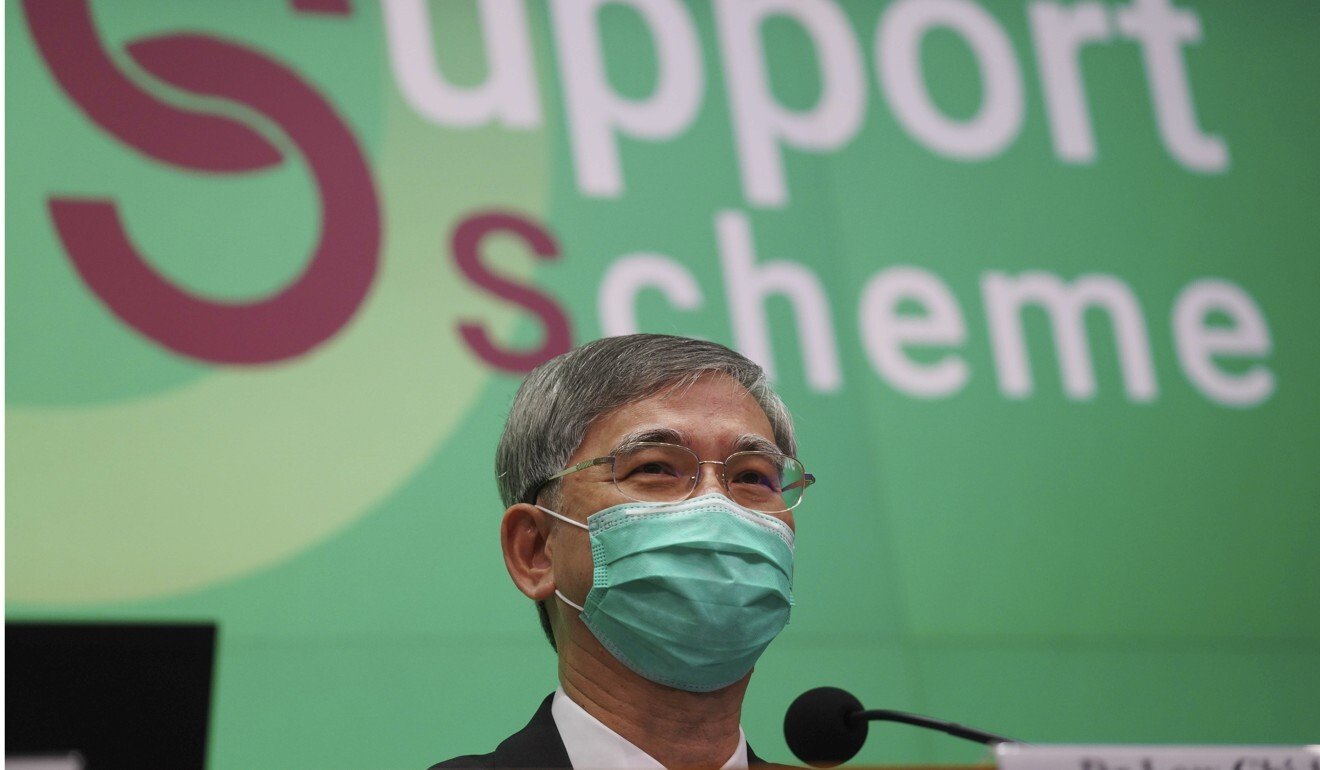 Secretary for Labour and Welfare Law Chi-kwong explains the government’s coronavirus wage subsidy scheme in May.

HKA said it used “all the funds” from the scheme to cover a portion of salaries during those six months. However, it has now acknowledged being hit with a “penalty” over a discrepancy between its employee headcount for the second three-month period and the headcount provided to the government.

The Hong Kong Airlines Concern Group, formed by flight attendants made redundant in December, said it complained to the authorities about the financial help the airline received earlier this month.

Soon after the wage subsidy concluded at the end of November, HKA cut 250 flight attendants, as the worsening virus situation dealt a blow to hopes of a recovery in the aviation sector. The airline is currently operating just a dozen or so flights per day, far fewer than normal.

“After the redundancies in December 2020, we found out that HKA used the same headcount to apply for the 1st and 2nd rounds of ESS. Some of our colleagues had taken no-pay leave during the 2nd ESS period, so we suspected HKA may have broken the rules,” the group told the Post.

Under the scheme’s rules, staff on unpaid leave were not to be part of the headcount used for requesting wage relief, the group pointed out.

Companies taking part in the wage scheme, launched in a bid to ease the economic blow delivered by the Covid-19 pandemic, were not permitted to lay off staff as a condition of accepting the cash.

A calculation of the carrier’s average salaries found the subsidy was worth HK$8,748 (US$1,130) per employee. 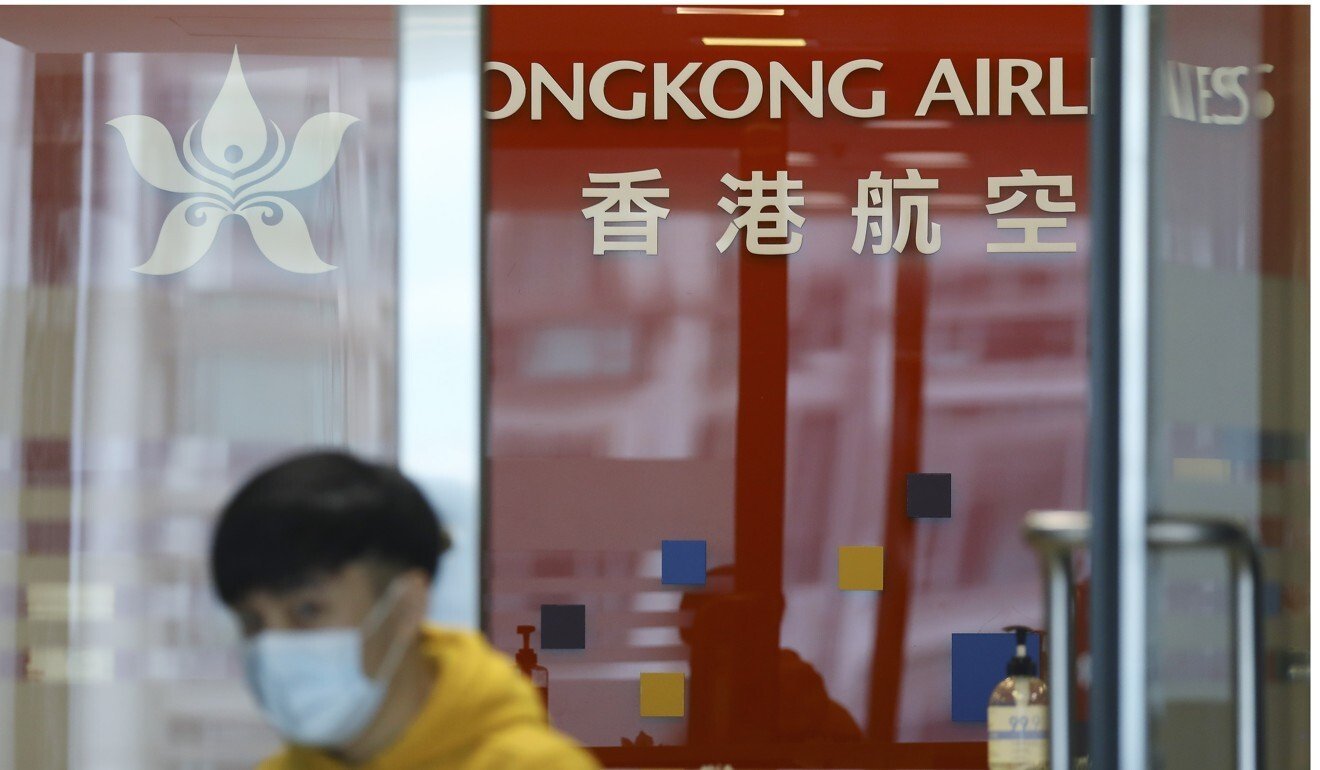 The maximum that could be claimed by an employer was 50 per cent of an employee’s salary, up to a ceiling of HK$9,000 per month.

In a reply, the company conceded there had been a headcount discrepancy without elaborating further.

“Hong Kong Airlines has addressed the headcount difference in the first tranche of ESS application with the authorities. The penalty has already been deducted from the second tranche of ESS funding that we received from the government,” a company spokeswoman said.

The company also rebutted the notion of irregularities, saying if an employee’s salary was HK$8,000, the company would receive only HK$4,000. The airline’s workforce now stands at 2,300 following December’s lay-offs.

The ESS Secretariat on Saturday said it would not comment on individual cases.

But in a reply sent to the concern group, it said the airline was found to have breached the rules of the scheme, adding the operator would be fined and asked to repay the amount of subsidies not passed on to staff.

About 145,000 companies benefited from two rounds of wage support, but during the first round of subsidies, 29,000 firms did not meet the governments eligibility criteria for help and some HK$560 million had to be returned.

The airline industry has been one of the hardest hit during the pandemic, with punitive travel restrictions, and health and quarantine requirements effectively eliminating air travel for most.

The city’s third-largest carrier had already axed jobs at the start of the Covid-19 crisis, far earlier than other airlines, and instituted steep pay cuts to keep salary costs in check.

HKA was not affected by the ongoing restructuring of HNA Group, which involves the overhaul of its non-aviation assets. The aviation business sits within the Hainan Airlines Group, a unit of the parent firm whose creditors applied to a mainland Chinese provincial court for bankruptcy proceedings on Friday.

Hong Kong’s airline licensing body said it was following HKA’s financial position and operations closely. The Air Transport Licensing Authority said it would take “appropriate actions” if it was “longer satisfied that they are able to meet at all times their obligations under the licenses”.