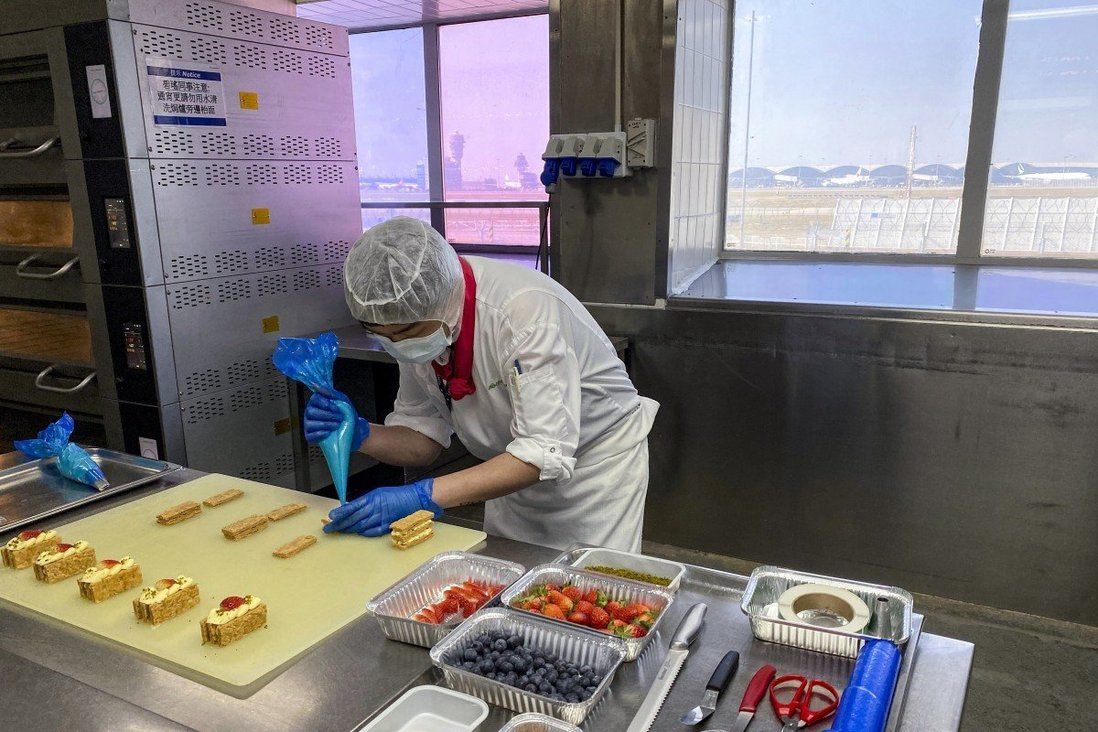 It once produced more than half a million airline meals each month, but caterer Gate Gourmet’s Hong Kong airport kitchen is just a shadow of its former self, notching up a record low of 83 servings one day recently.

Coronavirus-related border closures and travel restrictions have hammered airlines over the past year, but the companies that provide meals and other services for their passengers have fared even worse – and have had little support from governments.

Detailing a year of crisis and change, innovation and invention, Gate Gourmet executive Peter von Huene-Chan revealed the company’s kitchen had hit its unwanted record one day last month, a far cry from the daily output of 22,000 airline meals before the pandemic struck.

The global health crisis has battered the fragile business models of airport service firms such as caterers and baggage handlers, which generated their main source of income through passengers flying.

With no domestic flights to stimulate air travel, Hong Kong records on average 70,000 passengers a month instead of the 6 million it saw in the past.

With few flights operating, airlines have sold food and wine stocks, “flights to nowhere” and even pyjamas to generate cash. Caterers too have had to react quickly.

Von Huene-Chan, commercial director for Northeast Asia, said the company was left in an impossible position – it was worried about a lack of available skilled labour if it retrenched too deeply, but at the same time its customers could demand it step-up at a moment’s notice when passengers returned.

“When this whole pandemic started, it was really critical that we maintain, safeguard the positions that we have here. Not only because it’s good for our colleagues, but also we have to be ready when the airlines come back,” he told the Post in an interview. 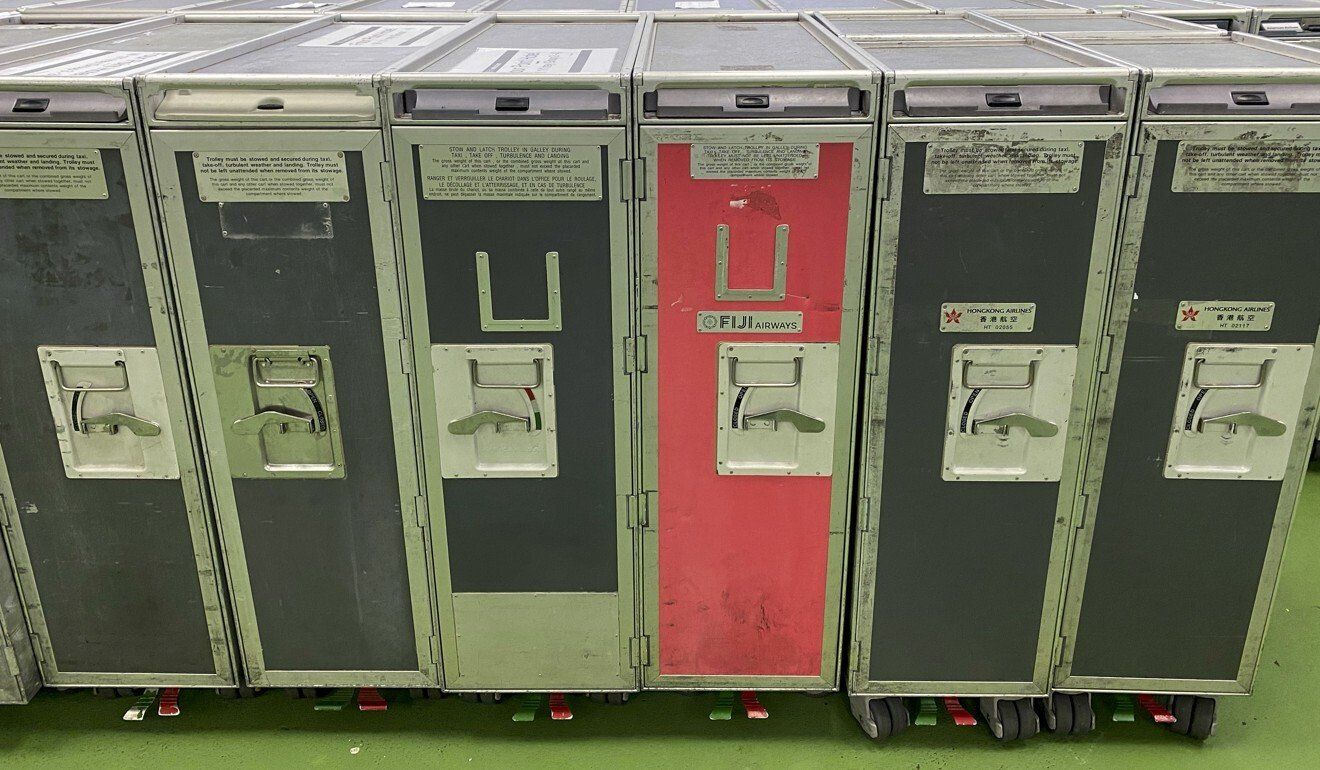 Before the pandemic, the caterer employed 600 people, with staff working in three shifts in a 24-hour operation, serving 120 non-local passenger and cargo flights daily. Now, 220 employees rotate in a single 10-hour shift, providing meals for aircrew on 20 to 30 freighter flights.

The caterer has pivoted to ready meals, partnering with Foodpanda for deliveries, cooking lunch for airport workers and feeding quarantined travellers in a bid to avoid mothballing its kitchen.

So far, it has added 2,000 extra meals a day, including direct sales to consumers for the first time. 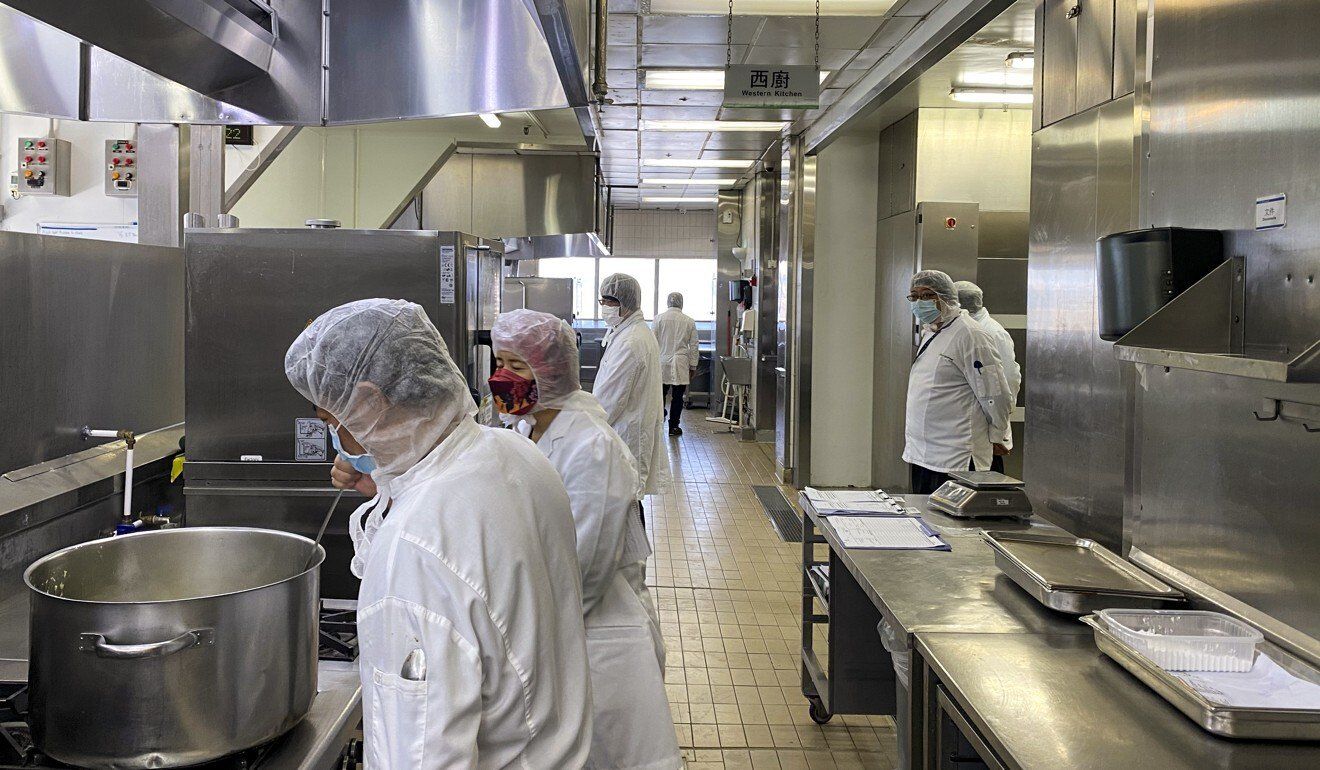 The kitchen is no longer a 24-hour operation.

Von Huene-Chan spoke of a “whole change of mindset” as the kitchen, which used to “cook-chill” food for airlines, now needed to keep meals warm for up to 2½ hours until they reached customers.

The caterer serves the Four Points hotel in Tung Chung, making up to 500 quarantine meals three times a day. It is in talks with two other hotels in Wan Chai and Mong Kok to expand its operations.

The Hong Kong team also created a brand called “Wrld Flvrs” to market its sous vide ready meals as part of the new foray into direct consumer sales. The venture launched in November and has since expanded successfully to Japan.

“We’re quite aggressively expanding our non-aviation business, and hopefully that will help us overcome some of the shortfalls in the next two, three years, until the airline business comes back,” von Huene-Chan said.

Unlike the huge bailouts provided to airlines around the world, including Cathay Pacific Airways which received HK$27.3 billion from the Hong Kong government, airport services companies have generally been left to fend for themselves.

The Hong Kong Airline Service Providers Association (HASPA), which represents 21 firms at the airport, warned many operators were planning “further restructuring”. The action was prompted after the city tightened rules on cross-border travel last month, forcing local airlines to quarantine aircrew for a fortnight if they stayed outside anywhere other than mainland China.

The government also ended a six-month wage support scheme, citing the financial constraints caused by the pandemic, as other countries continued to subsidise employment, especially in the aviation sector.

“I know a lot of the operators at the airport are really struggling; maybe we survive [the pandemic] by selling more lunchboxes, but that’s about all we can do,” von Huene-Chan said. 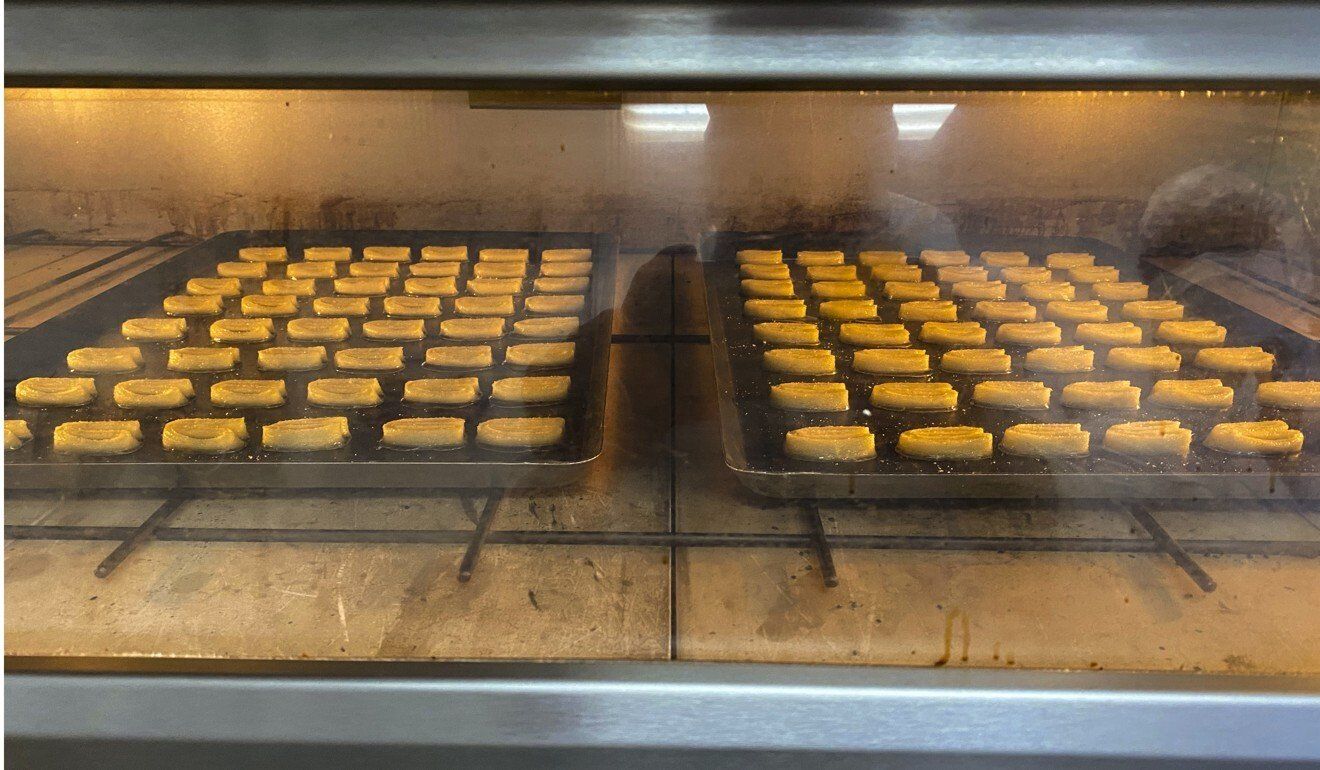 The firm has had to change its mindset on operations.

HASPA data shared with the Post showed that a ground handler member that used to deal with 40,000 bags a day was now handling just 25,000 a month; while demand for extra services such as “meet and greet” had fallen 98 per cent, mirroring the collapse in passenger numbers.

In a further snapshot of the industry’s woes, HASPA said that in the fourth calendar week of 2020, 443,138 passengers arrived in Hong Kong – this year, the number was just 3,764.

Gate Gourmet said it would need around a month to prepare for a pickup in demand – including agreeing new food menus with airlines, training, and sourcing staff and produce – though it could be ready in a week or two, if pushed.

With the airport’s third runway expected to come into operation in 2024, the caterer’s expansion plans – put on the back-burner after anti-government protests in 2019 resulted in a drop in passenger numbers – may need to be looked at again.

“The Airport Authority says to us that we have to be ready when the volumes pick up so that you can cope with the increase,” von Huene-Chan added.