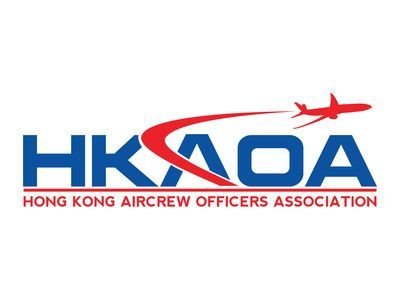 The Hong Kong Aircrew Officers Association (HKAOA) today requested action by the Hong Kong Labour Department over the recent restructuring of the airline by the Cathay Pacific Group. Representing the 2,200 Hong Kong based pilots of Cathay Pacific, the HKAOA's members fly the people of Hong Kong to the world and bring the world to Hong Kong.

The issue that requires urgent attention from the Labour Department is drawn from the Department's own press release dated 21 October regarding the Cathay Pacific Group restructuring. The Department release said, "the employer should consult and secure consent from its employees prior to varying the terms of their employment contracts." The Labour Department further said, "failing to do so may constitute unreasonable variation of the employment contractual terms."

Speaking in Hong Kong today, HKAOA General Secretary Mr Chris Beebe said, "No consultation occurred between the HKAOA and the management of Cathay Pacific. Further, the requirement to sign a new contract in such an unrealistic, very short period is grossly unfair, after which termination is automatic.

The lack of consultation, the unfair, "draconian" (Reuters, 23 October) rushed decision timeline and questions as to whether consent can legitimately be given under these circumstances are of great concern."

"We discussed the potential actions the Labour Department may take to preserve the statutory rights and uphold the moral obligations of Cathay Pacific to its pilots. This situation is extremely serious both for our membership and for Hong Kong's global reputation which relies on ensuring employment conditions meet recognised international standards. We are asking for action by the Labour Department to make sure Cathay Pacific lives by the rules," added Mr Beebe.

"On behalf of the HKAOA, I'd like to thank the Labour Department officials for a constructive and positive meeting today. It gave us a valuable opportunity to provide the full picture of Cathay Pacific's refusal to show goodwill or engagement of any kind. Cathay Pacific, like any responsible employer, has clear obligations to our membership who fly the company's aircraft.

"A job is not a number on a spreadsheet; a job is a family with thousands of partners, children and parents all depending on our pilots. What the company has done represents a blatant, opportunistic attack on HKAOA member contracts using Covid-19 as an excuse.

"We recently released research that showed 91% of Hong Kong residents agree HKAOA pilots are important to Hong Kong's global reputation. The airline responded by saying they 'have taken, and will continue to take, every measure we can to protect as many livelihoods as possible.' Sadly, their actual behaviour tells a different story. Despite numerous attempts to engage with the airline positively and proactively, we have had essentially zero meaningful response," he said.

"During this tumultuous time, the HKAOA membership need some form of certainty. This can simply be a commitment from the airline's management to work with our representatives as the future shape of the airline is decided. During recent talks with the airline concerning the Early Retirement Scheme (ERS), we tabled numerous cost-saving measures of a voluntary nature. Unfortunately, in our opinion, our suggestions were not fully assessed or appreciated," concluded Mr Beebe.

For the Letter to Labour Department, please visit:

* Protect and further the interests of the aircrew profession

* Regulate the relations between members and their employers