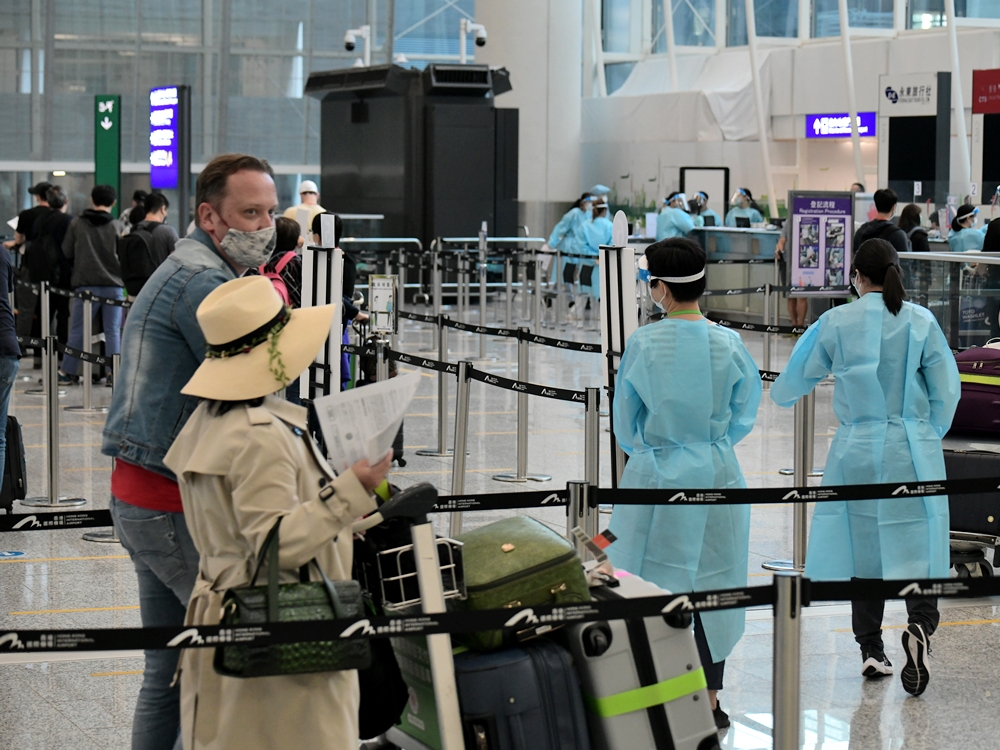 Health authorities reported four imported Covid-19 cases on Friday, with three of them involving the mutant variant of the virus.
The cases involve two boys aged 9 and 11, a 25-year-old man and a 43-year-old woman. All four of them are asymptomatic.

The two boys arrived in Hong Kong on Wednesday from Singapore on flight SQ882. The nine-year-old was found carrying the L452R mutant strain of the virus. They were both unvaccinated.

Another case involved a 25-year-old man vaccinated with both doses of the BioNTech vaccine. He arrived in the city on Wednesday from the Czech Republic, Italy and

Poland via Qatar on flight QR818. He also carried the L452R mutant strain.

The last case is a 43-year-old woman who caught the virus. She arrived in Hong Kong from Finland on Monday on flight AY101. She had received two doses of the Sinovac vaccine and tested positive for Covid antibody on October 20.

Authorities have reported 40 cases in the past two weeks, and all of them are imported.

In total, the city has recorded 12,422 confirmed cases since the start of the pandemic.
#BioNTech  #COVID-19  #vaccine  #Covid
Add Comment