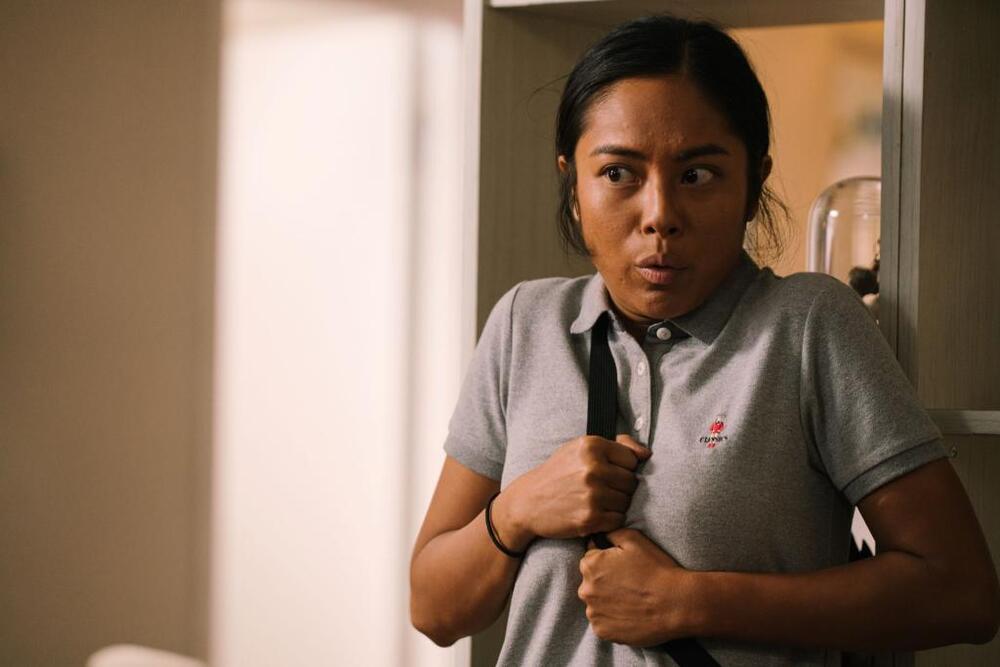 Chatters on social media platforms called the move “so wrong” and problematic, while some - including people from the Filipino community - said people were making a fuss of it, noting that it only makes the portrayal more realistic.

The actress wrote in a statement this morning that she “sincerely apologize[s] to all who have been negatively affected in any way by the seventh chapter ‘Jei Jei’ of the Barrack O’Karma 1968 drama series, and [her] role in it”.

“I genuinely have no intention to disrespect or racially discriminate any ethnic group, please forgive me for getting it wrong…I am truly sorry that my insensitivities have offended and hurt. I am committed more than ever to using my acting for the good of the community,” the statement posted on Instagram noted.

The Coalition of Service Providers for Ethnic Minorities (CSPEM) is saddened by the insensitive and discriminatory TVB Series, Barrack O’Karma 1968.

They called on Hong Kong society to be aware of the behaviors that reinforce stereotyping, prejudices and discrimination which go against developing a caring, inclusive and multicultural society. The government should promote the rights of migrant domestic workers, they added.

Equal Opportunities Commission chairman Ricky Chu Man-ki said last Friday that he did not think all use of blackface or brownface was necessarily wrong, and that one had to consider whether a portrayal was insulting or mocked a particular group.

However, he felt TVB should have been more sensitive as some remarks by characters in the episode were disturbing, such as a male character who declared that domestic helpers often had affairs with their male employers.
Add Comment