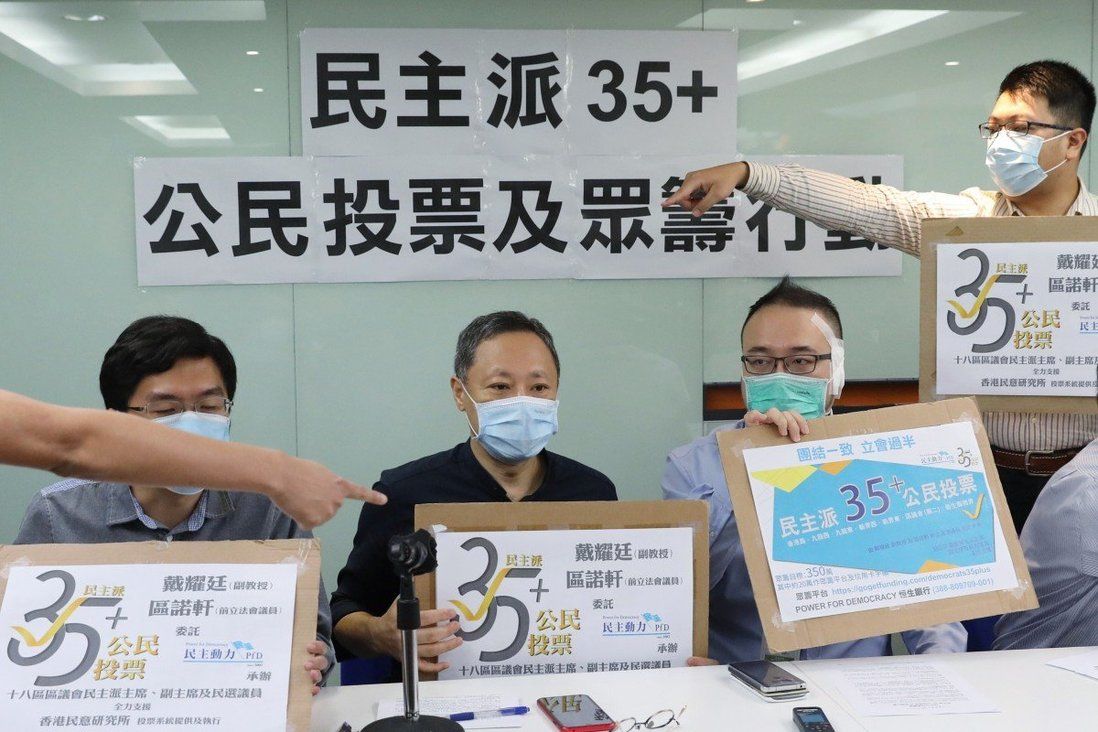 A group of opposition activists in Hong Kong who organised a primary election said to have breached the national security law by attempting to overthrow the government disbanded on Saturday.

The announcement came a day before 52 former opposition lawmakers and activists were expected to report to police over their arrests on subversion charges relating to the vote, with some believing they would be prosecuted.

Power for Democracy announced the move on its Facebook page, saying committee members had passed a motion to disband the organisation and cease operations immediately.

“Under the latest development in Hong Kong and the new era of political situation, the coordination work by the Power for Democracy had accomplished its historical mission,” said convenor Andrew Chiu Ka-yin. Chiu, the vice-chairman of Eastern district council. 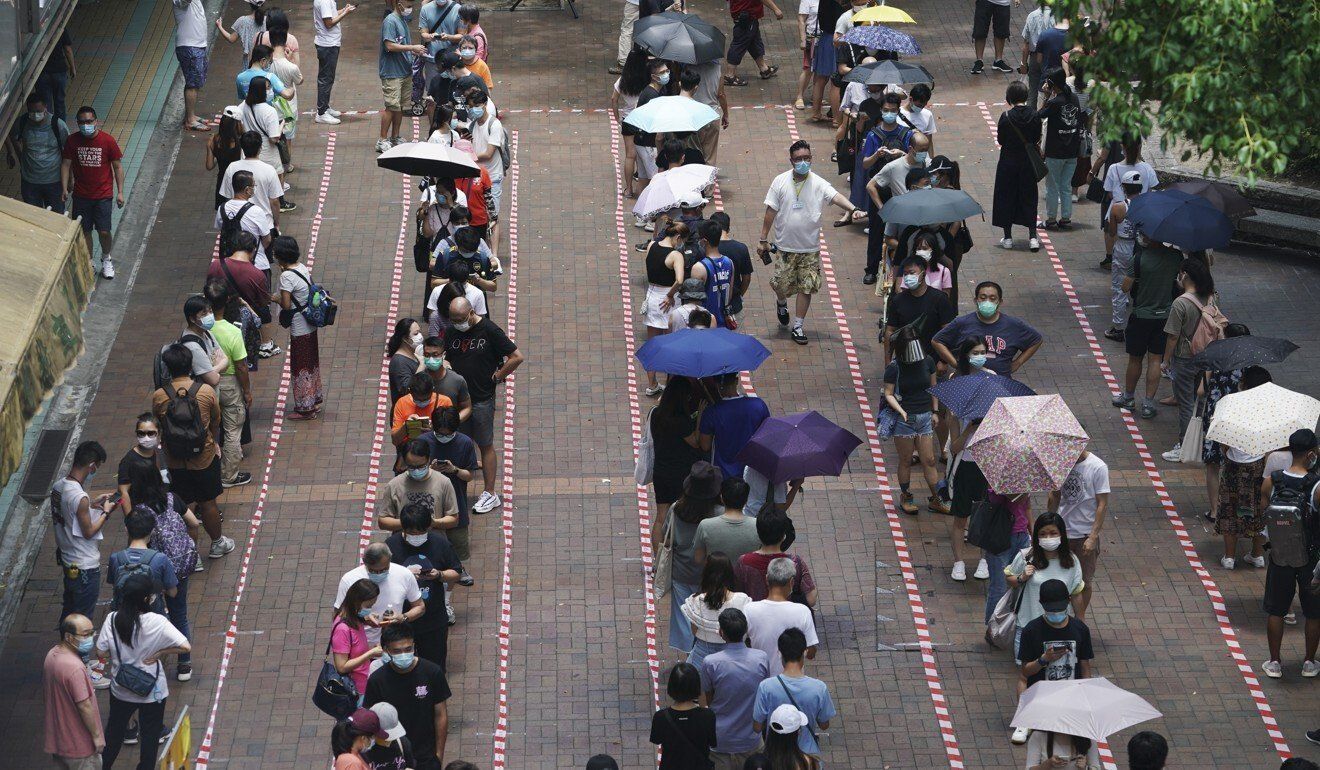 People queue up to vote at a polling station outside Tai Po Plaza in Tai Po for day two of democrats' primary election to select candidates for the Legislative Council elections.

Chiu was one of 55 people who were arrested by the force’s National Security Department in January over their involvement in an unofficial primary poll ahead of the later-postponed Legislative Council elections. Officials described it as part of a plot to overthrow the government.

“In the future, we must, under the Basic Law, the national security law and the framework of ‘one country, two systems’, serve the Hong Kong community via different means, obey the law and safeguard the stability and prosperity of Hong Kong,” the group said.

On Friday, with the exception of three suspects already in jail or custody, 52 suspects out on bail were notified by police that their next reporting day had been moved forward from April, to this Sunday at 2pm. No reason was given for the change.

Some said they were prepared to be detained overnight and brought to court on Monday where they expected to be formally charged with subversion, which carries a maximum sentence of life in prison.

Power for Democracy was formed in 2002 by activists including Lee Chuek-yan and Albert Ho Chun-yan to strive for democratic development, and worked mainly as a mediating platform for electoral coordination between the opposition parties.

The group organised the primary elections last July in which 600,000 people took part. The goal of the primaries was to select a field of candidates thought most likely to help the opposition score their first-ever majority at Legco, also known as the “35-plus” strategy.

Legal academic Benny Tai Yiu-ting was the architect of the primaries.

According to its Facebook page, committee members of the Power for Democracy included treasury John Clancey, and former lawmakers Jeremy Tam Man-ho and Andrew Wan Siu-kin. The lawyer and the two former legislators were among those arrested.

Officials said the “35-plus” plan by opposition politicians to take control of the 70-member Legislative Council breached the national security law, as it was part of a wider strategy to paralyse the government, provoke Beijing into ending the “one country, two systems” policy under which Hong Kong is governed, and trigger international sanctions against China.