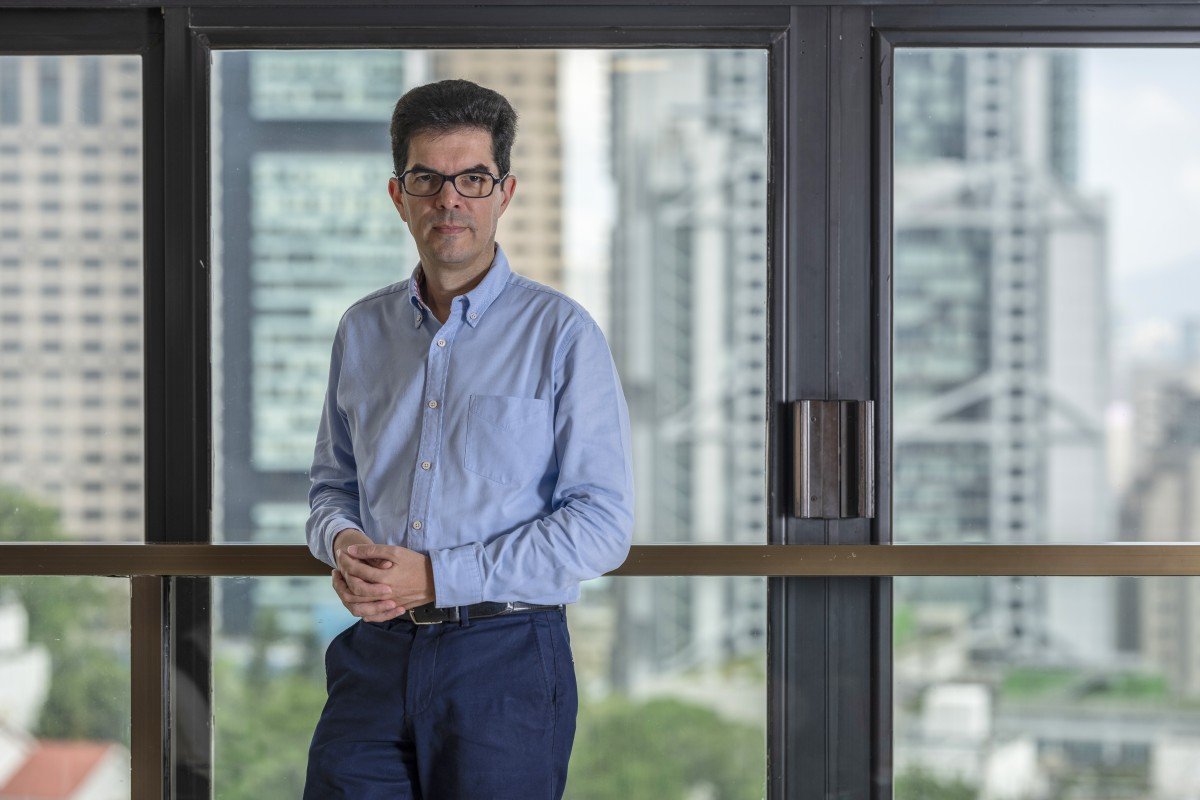 Webb retired from investment banking and started a website examining Hong Kong corporate governance and regulation in 1998. Webb said he went public with his diagnosis to reassure investors ‘as the news would get out sooner or later’

Activist investor David Webb, who has been a thorn in the side of both Hong Kong directors and regulators, has been diagnosed with prostate cancer and will shift his website examining corporate governance and regulation in the city to a “more sporadic, semidormant phase”, he said in a blog post on Monday.

Webb, a former investment banker, said he visited an orthopaedic surgeon in May because he believed he had a trapped nerve or slipped disc, but learned, following an MRI and biopsy, he had prostate cancer that had metastasised and spread to his spine.

“Prostate cancer normally strikes much later in life and many older men die with it rather than from it. It doesn’t shorten their lives. But at the age of 54, my life expectancy has suddenly been rather drastically reduced, so you will understand that I now need to reprioritize and give less time to the public good,” Webb said. “I will have to be more economical with my time, but I will continue to write and speak out on the big issues where I feel it can make a difference, so don’t count me out yet!”
Webb did not immediately respond to a request for comment on Monday.

In 1998, Webb retired from investment banking and started Webb-site.com to provide an independent voice focused on Hong Kong corporate, governance and regulatory affairs.

He is deputy chairman of the Securities and Futures Commission’s takeovers and mergers panel, and a former independent non-executive director of Hong Kong Exchanges and Clearing (HKEX), the city’s bourse operator.

Webb quit the HKEX board in 2008, citing a series of concerns about the bourse’s corporate governance, including government-appointed directors reversing their decisions “on what were clearly political grounds”.

In 2013, he briefly published an online index of identity card numbers of more than 1,100 people, including several of the city’s tycoons, after the government moved to restrict access to the personal data of company directors. Despite compiling the data from public sources, he suspended the index a few days later, following an inquiry from the Privacy Commissioner for Personal Data.

In 2017, he dubbed Convoy Global Holdings and its network of companies as the “Enigma Network” in a blog post, calling them 50 Hong Kong-listed stocks not to own. In December of that year, Convoy’s offices were raided in the largest financial investigation in Hong Kong in decades, and a group of former executives and directors were arrested.

On his blog, Webb said he went public with his diagnosis because he has been recognised at a local cancer clinic and hospitals, and wanted to reassure investors “as the news would get out sooner or later”.

He said would seek a permanent home to maintain and update his database on Hong Kong-listed companies and their directors, “perhaps housed in a university facility or other non-profit organisation”. Webb said he would also continue to manage his own portfolio of stocks for as long as he was able.

“My illness means nothing in terms of my propensity to invest or divest – indeed many of these stocks are cheaper on fundamentals than they have been in a decade,” Webb said.