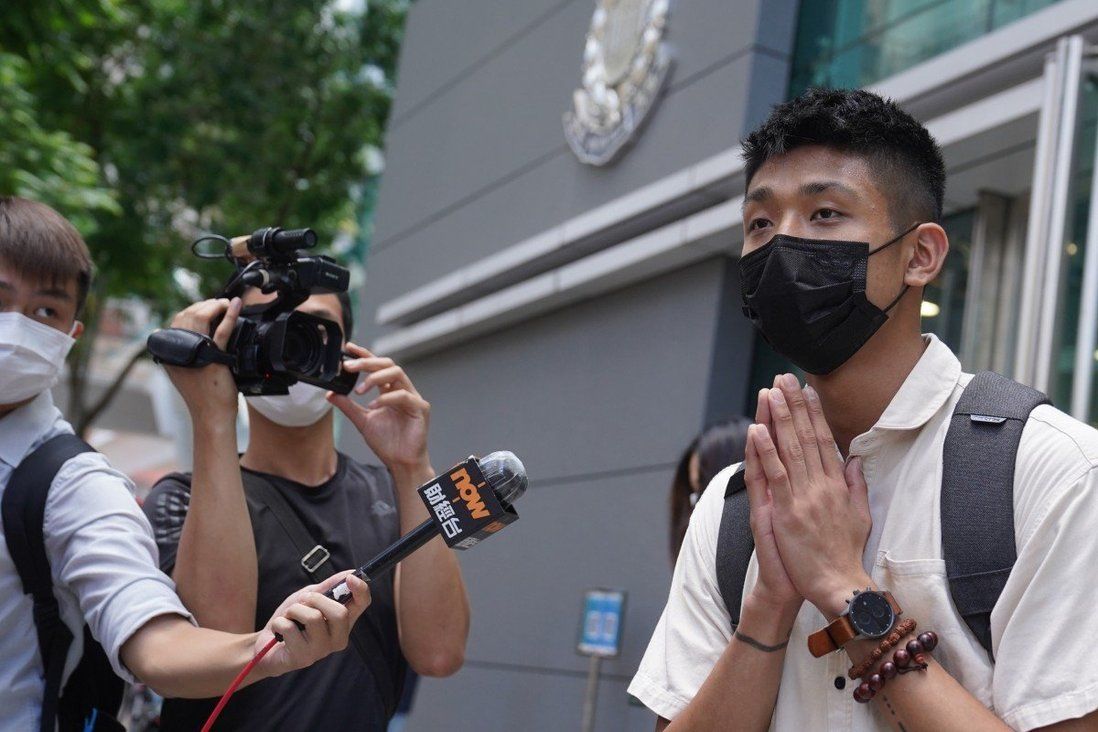 Owen Chow, on bail pending his subversion trial, was arrested when he reported back to North Point Police Station on Wednesday.

A Hong Kong opposition activist has been arrested again for allegedly violating his bail conditions by making remarks and committing acts that could endanger national security.

Owen Chow Ka-shing, who was out on bail ahead of his subversion trial, was arrested when he reported back to North Point Police Station on Wednesday night, according to a brief post on his Facebook page on the same day.

Chow was told he had violated the bail conditions, and a video interview with police was being arranged, according to the post. A subsequent message said he would appear in West Kowloon Court on Thursday afternoon.

The Post learned that Chow was accused of making remarks and committing acts that could reasonably be regarded as endangering national security during his bail period.

It was not immediately known what he had actually done or what remarks he had made.

He would be detained overnight, and was likely to be brought before court on Thursday, a source confirmed to the Post.

Chow was among more than 50 activists and members of the opposition camp arrested in January last year for taking part in an unofficial primary election in July 2020.

He was later charged with other opposition figures in connection with an alleged conspiracy to subvert state power, in what prosecutors called a massive and well-organised plot to paralyse the government, and topple the city’s leader by securing a controlling majority in the Legislative Council.

Chow was under custody until June after his bail application was granted by the High Court so that he could finish his nursing degree. He graduated last month.

He previously secured bail of HK$50,000 (US$6,415) and a surety of HK$50,000. Conditions for his release included a ban on overseas travel, as well as running, organising and coordinating any elections.

When granting his bail application, Madam Justice Esther Toh Lye-ping accepted Chow would not continue to commit national security law offences if he was allowed bail.

Chow had run for the 2019 district council election but was defeated.