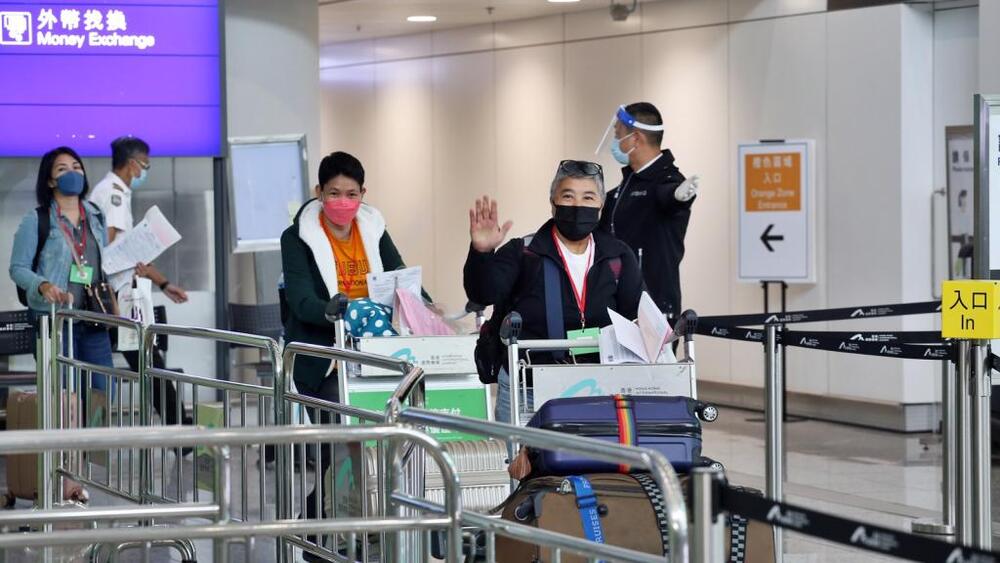 Hong Kong residents stranded for months overseas began arriving home on Friday, after the SAR government lifted the flight ban imposed on nine countries, including the US and UK.

The city is expected to see more than 2,000 passengers on over 20 flights arrive in the city today from cities including London, Sydney, and Kathmandu.

The first plane to touch down this morning in Hong Kong was a passenger flight from Manila.

A student studying in the Philippine capital said it has been more than three years since she last met her family.

"I feel anxious but really happy. I get to see faces I haven't seen in a long time,” she said.

Several foreign domestic workers also said they had been waiting for months to come to Hong Kong to commence their work contracts, adding they were not worried about the city’s Covid situation.

The nine countries the flight ban will be lifted from are Australia, Canada, the United States, the United Kingdom, France, India, Pakistan, the Philippines, and Nepal.

However, several conditions still apply. Passengers need to be fully vaccinated, and test negative for the virus no more than 48 hours before boarding. They should also have a valid booking at a quarantine hotel.