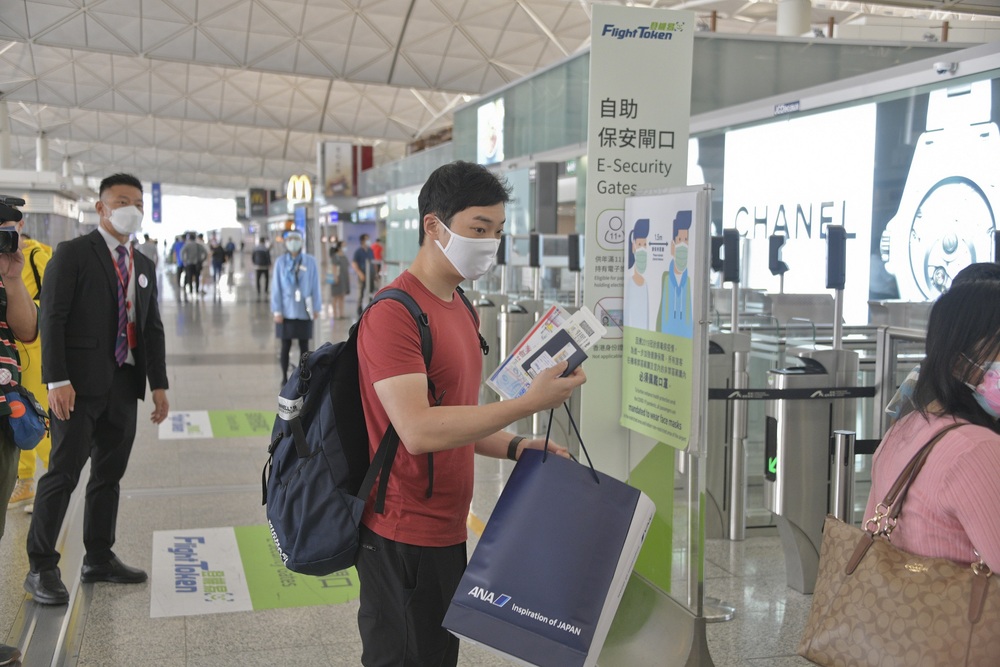 With plane tickets and passports in hand, 10 exciting Hongkongers boarded a plane for their seven-day trip to Hokkaido on Wednesday as the city's first guided tour embarked on a new journey after Japan closed its borders for two years.
The trip is priced at HK$19,999 including fees for the returning seven-day isolation at a quarantine hotel. The plane departed for Narita International Airport in Tokyo at 9.30am.

He added he prepared about 400,000 yen (about HK$23,000) for spending. He said he missed Japanese cuisine the most and wished to indulge himself with the Yubari King melon that is in season now.

Lui also noted he got only five days off from his company with permission to work at the quarantine hotel during his returning seven-day isolation.

Meanwhile, an elder surnamed Chan in his 70s said he registered for the guided tour with his wife the second he saw the advertisement.

Chan promised to keep his mask on as well and pointed out he has brought his own medicine in case his trip is intervened by any medical condition.

All group tourists must purchase travel insurance that covers diagnosis of Covid-19 and tourists, if infected, will be accompanied by staffers of the agency and treated in local facilities.

Huen told reporters that the returning seven-day isolation is stopping Hongkongers from traveling aboard and believed the number of tourists would skyrocket if the government “wisely” scrape the requirement.
#COVID-19  #Covid
Add Comment