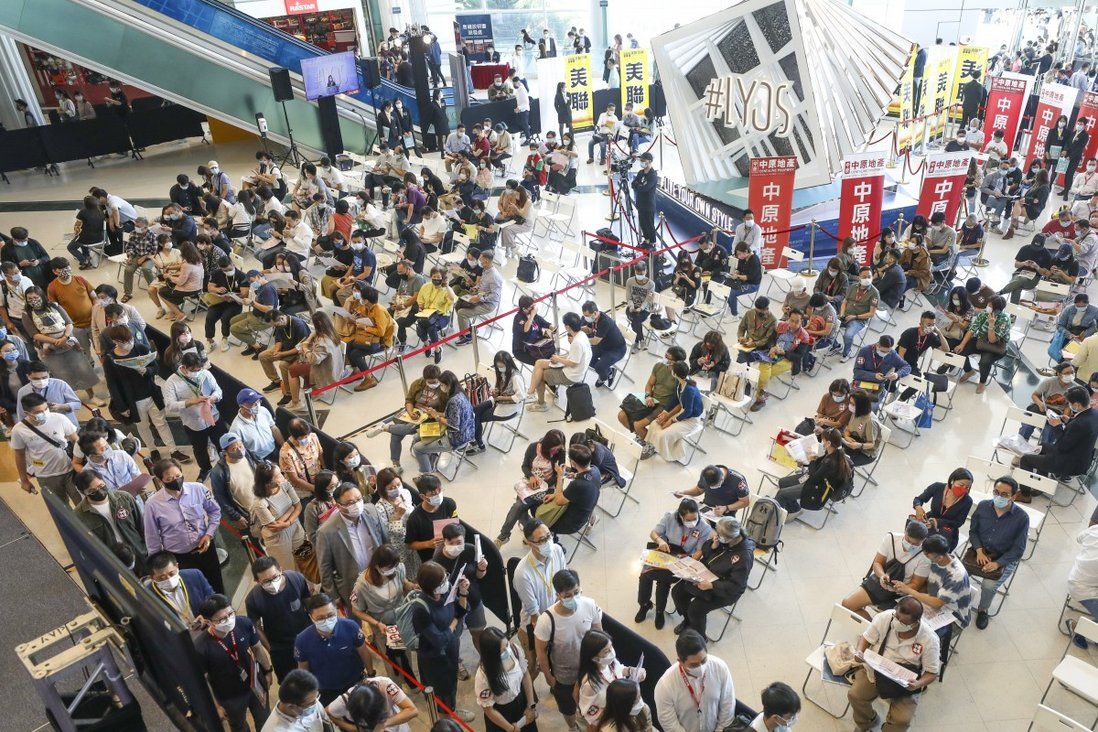 A weekend sale of tiny flats in Hong Kong’s New Territories got off to a brisk start, auguring well for the proposed Northern Metropolis residential enclave near the city’s northern border with Shenzhen.

CK Asset Holdings sold all 200 apartments through open sales in the first batch of sales at its #Lyos project in Hung Shui Kiu as of 8:30pm, with more than 7,500 registrations of interest, translating to 36 bids for every available unit, while 20 flats were reserved for sale by tender.

“These flats are guaranteed to sell out, as the buyer can enter the market with just HK$3 million,” said Louis Chan Wing-kit, Centaline Property Agency’s vice-chairman and chief executive of its residential department in Asia-Pacific. “The location in the Northern Metropolis also makes it attractive for buyers, [either] as an investment or to live in.” 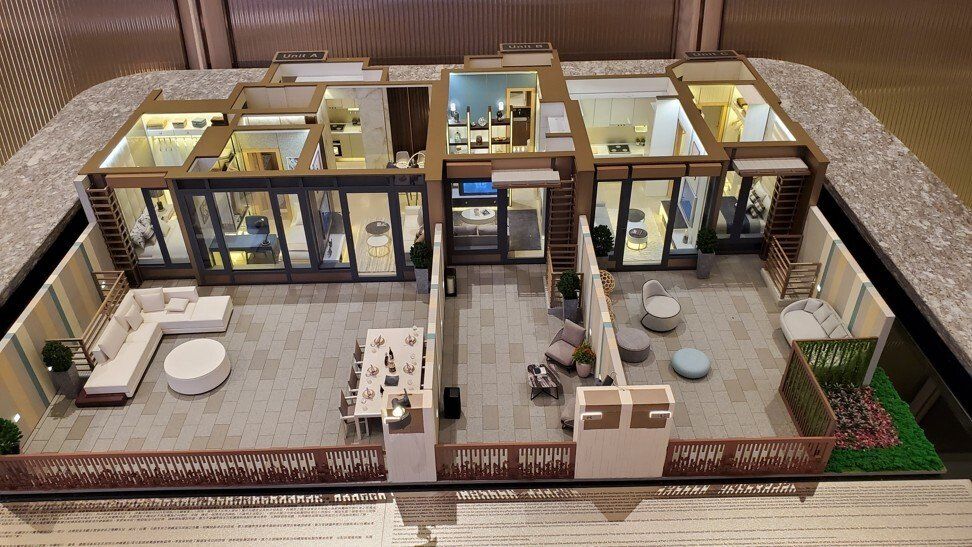 A model of a studio flat with a garden at the #Lyos housing development in Hung Shui Kiu, at CK Asset Holding’s sales office in Hung Hom on 4 November 2021.

The outlook for the property market brightened after the announcement of a Northern Metropolis plan last month to accommodate 2.5 million residents, as developers rushed to accelerate their launches, said Chan. As many as 2,300 new homes may change hands this month, following the 1,600 transactions in October, he said.

CK Asset priced #Lycos at HK$15,503 per square foot on average, a record price for a newly built home in the Hung Shui Kiu area. Due for completion in September 2023, the entire project comprises 41 apartments. A new rail link, the extension of the planned HK$62 billion Northern Link, will connect the area with Shenzhen’s burgeoning Qianhai economic zone.

At Lohas Park in Tseung Kwan O, the buzz had gone out of Kowloon Development’s Manor Hill project, where 68 of 312 flats were sold in the second round, lagging behind last weekend’s launch which found buyers for 78 per cent of the 438 units on offer.

The flats on offer at Manor Hill range from studios to two-bedroom units from 203 square feet to 428 sq ft and prices starting from HK$4.08 million. The price ranged between HK$19,059 per square foot and HK$24,917 per sq ft after discounts.

Hong Kong’s home prices are expected to enter an upwards trend, Chan said. The gauge of lived-in homes compiled by Centaline, the Centa-City Leading Index (CCL), had rebounded this week and could hit its record high by the end of the year, he added. 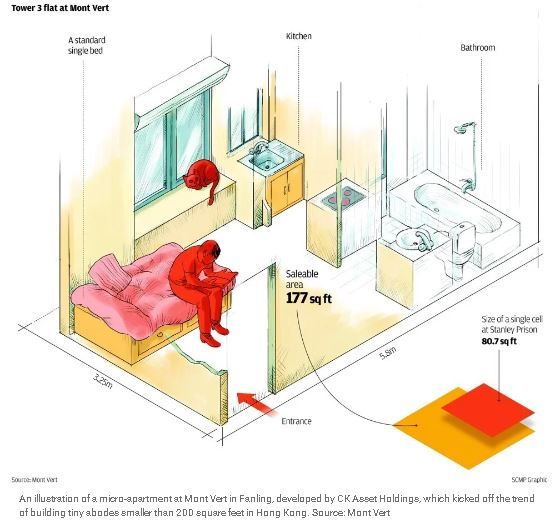