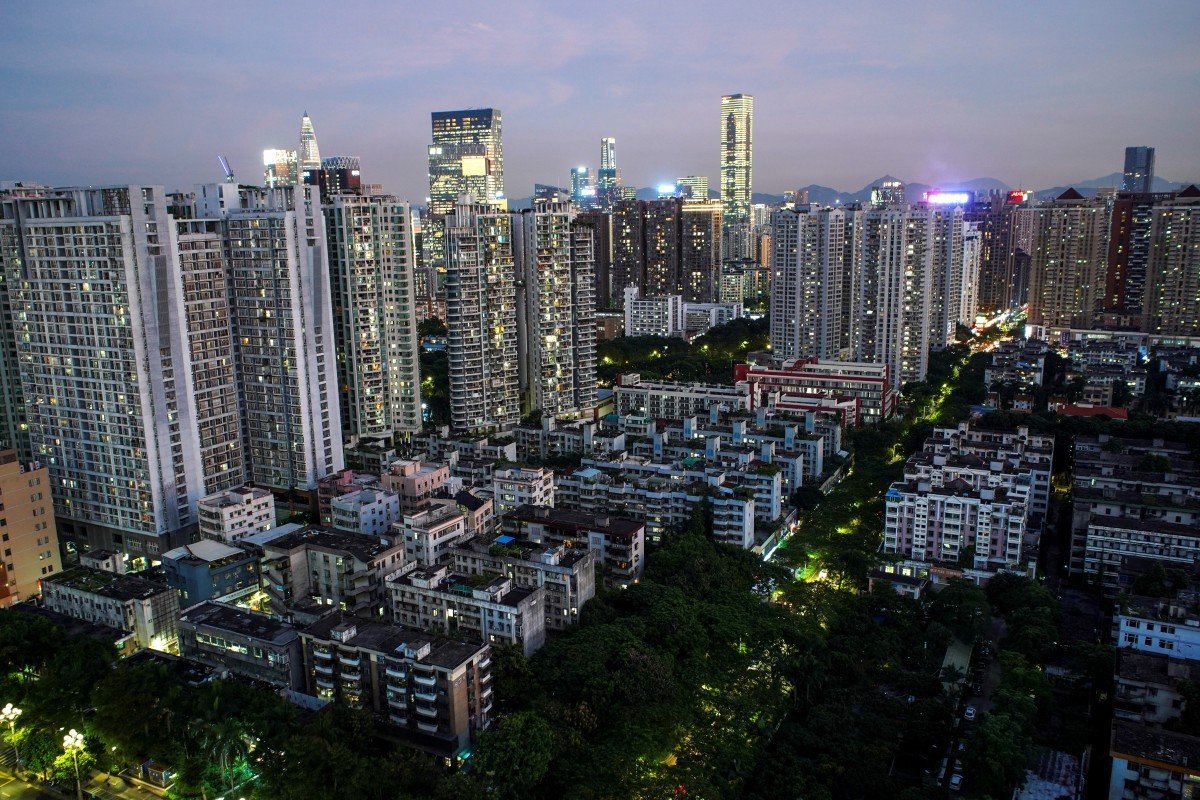 A group calling itself the ‘homeowners’ committee’ urged residents selling their flats to raise the price to at least 55,000 yuan per sq m, an average increase of 15 per cent. Housing bureau of Baoan district said it has stopped all home sales on the 1,200 unit estate because of ‘vicious speculation activity’

Authorities in Shenzhen have banned home sales in a housing estate in the district of Baoan after a group of residents tried to conspire to inflate prices.

The Housing and Construction Bureau of Baoan said on Wednesday it has suspended the registration of all home sales in the Zhongliang Fenghuangli Huayuan residential estate because of “vicious speculation activity.”

It followed the posting of a WeChat message on December 13 in which a group claiming to be the “homeowners’ committee” urged all residents whose flats were on the market to raise the asking price to a minimum of 55,000 yuan per square metre.

That translates into a nearly 15 per cent hike from the average selling price of units for sale in the development, which is 30 minutes away from downtown Shenzhen and 10-minute drive from the airport. The Zhongliang Fenghuangli Huayuan development comprises about 1,200 units arranged in high-rise buildings.

A message entitled “to all homeowners in Fenghuangli – guarding our asset” posted in a WeChat residents’ group claimed units in the estate were undervalued compared to flats in nearby developments whose owners were asking 60,000 yuan per square metre.

The housing authority warned that such remarks “severely deviated from the central government’s message that homes are for living in, not for speculation.”

Market observers said Shenzhen’s homeowners have become “overexcited” by a series of government policies that have boosted the housing market.

“Homeowners in Shenzhen recently have been overexcited and have strong belief that the value of their homes will increase sharply,” said Yan Yuejin, director of the E-house China Research and Development Institution.

“We might see more government actions on cooling down the market as such rapid increase of home prices is not what they would like to see.”

Dubbed “China’s Silicon Valley,” the southern city of Shenzhen is home to some of the country’s biggest tech companies.

The city, which was recently made a pilot zone for what Beijing describes as “socialism with Chinese characteristics” has seen a boom in home sales while the housing market across the rest of the country has slowed.

Lived-in home prices across Shenzhen have increased about 2 per cent to an average 56,500 yuan per square metre since August, when Beijing announced its inclusion in the pilot zone. Total transactions have increased 20 per cent since then, according to the city’s major brokerage, Midland Holdings China.

In comparison, about a third of 70 major cities tracked by the National Bureau of Statistics have seen home prices drop in the past couple of months. Beijing, for example, has seen its lived-in home prices fall 1.9 per cent since August.

Shenzhen’s home prices have benefited from a string of policies designed to boost the market, including one that allowed Hong Kong and Macau residents to buy units in the city.

In another recent move, on November 11, the housing and construction bureau announced that all residential apartments smaller than 144 square metres would be exempted from a luxury home tax.

“Considering Shenzhen’s key role and the possible inflow of talent, there is room for home prices to increase. However, such irrational manipulation could never be tolerated,” said Li Yujia, a senior economist with the Center for Assessment and Development of Real Estate, Shenzhen, a research arm of the local government.

“Shenzhen’s homeowners have turned irrational since seeing all those sweetening measures. We will see a new round of tightening interventions coming in to keep the city’s house market stable.”