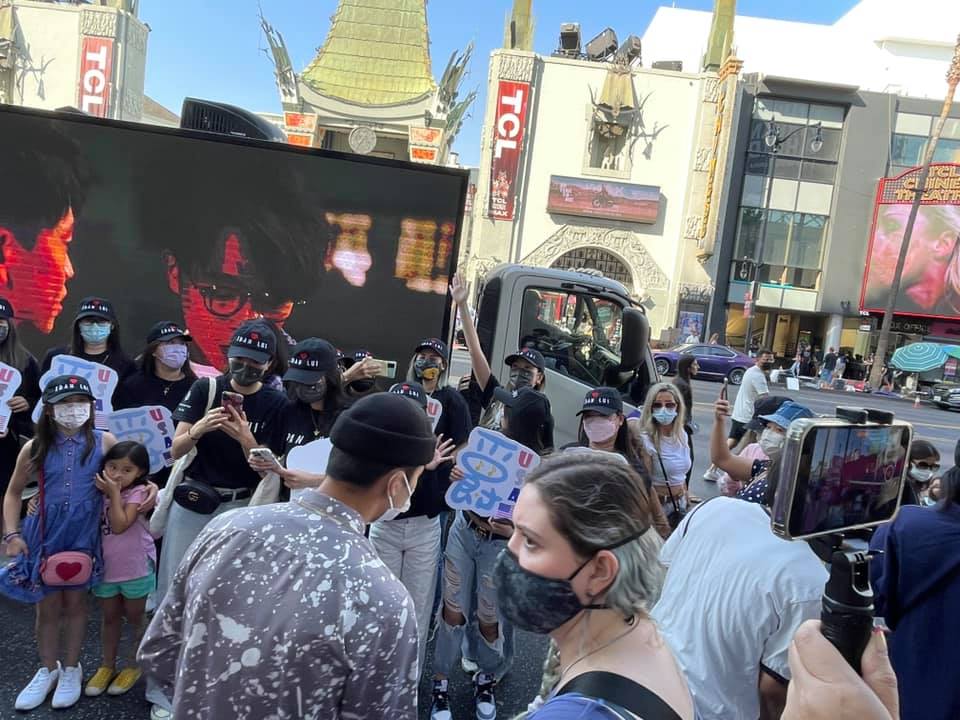 The fever for Cantopop boy band Mirror is going all the way to the United Kingdom and the United States, with a surprise for member Edan Lui Cheuk-on who hit Hollywood in California, the dream land for all superstars, thanks to his fans.
On Saturday afternoon (US time), Lui's fans rented a truck with a screen on one side to play on repeat the music videos of Lui’s hit songs while driving along famous Hollywood spots including the Walk of Fame and Dolby Theatre.

Over 100 fans, including some who have recently migrated to the United States, chased the truck, as they wished to promote Cantopop and their favorite boy band to people around the world, even to those who don’t speak Cantonese.

When the truck stopped by TCL Chinese Theatre, fans holding signs of Lui's name posed in front of the vehicle and chanted his name.

Whereas in the United Kingdom, fans of member Anson Lo Hon-ting gathered at landmark Big Ben over the past weekend to sign on a banner which is touring around the world to meet overseas fans on behalf of Lo, who has a busy schedule and is unable to meet fans himself due to border restrictions. Over 100 Hong Kong women joined the gathering, while some asked their husbands to take pictures for them.

Last month, fans of member Ian Chan Cheuk-yin released a new title track “Can’t figure out” and his fans arranged to play his music video as an advertisement at a big screen television at the busy Waterloo train station in London.

Posters of his new song were also spotted in signages across London.

The boy band, which was formed in 2018 by a ViuTV show, rose to popularity last year from frequent release of songs, dramas and variety shows. They also have appeared in promotional materials of various brands.
Add Comment