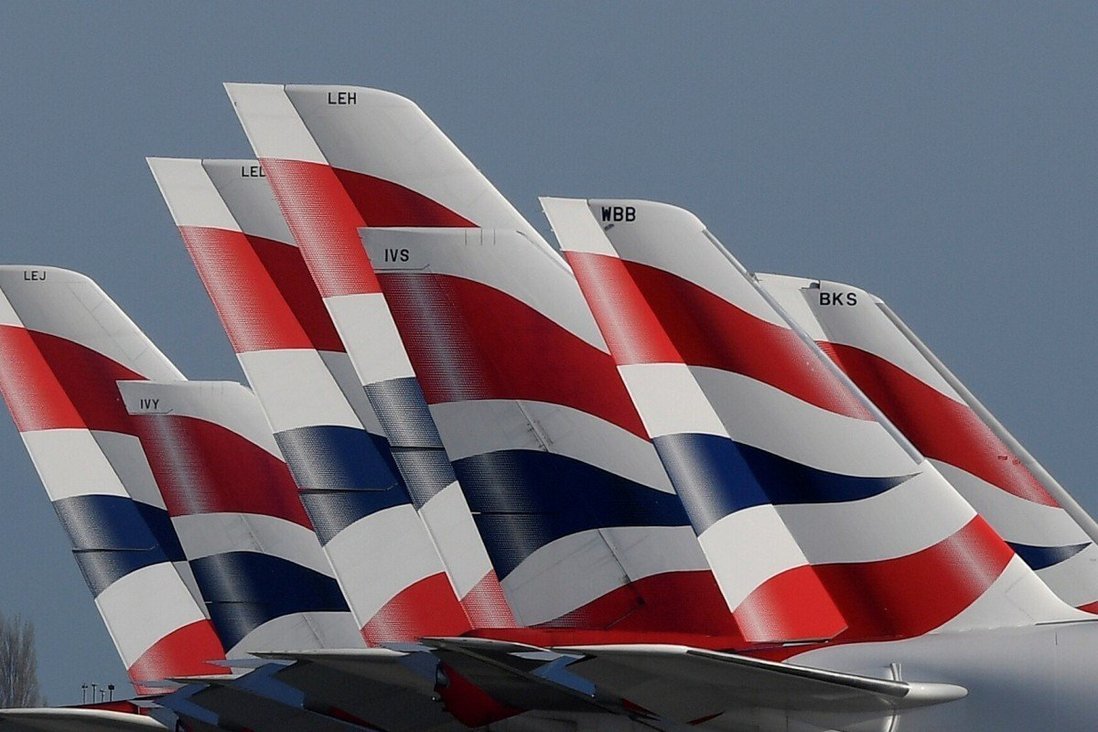 The carrier, a popular choice with Hong Kong students studying abroad, was hit with ban after four passengers found to be infected with Covid-19 on arrival at Hong Kong airport.
Holiday plans have been thrown into disarray for many returning students after the Hong Kong authorities banned British Airways from flying to the city for two weeks, with the carrier falling foul of new, stricter Covid-19 control rules.

The British flag carrier, a popular choice with Hong Kong students studying abroad, was hit with the ban after four passengers were found to be infected with Covid-19 on arrival at the city’s airport, according to a government statement.

The punishment was triggered after the airline improperly checked one passenger’s documents in London, according to a person with direct knowledge of the matter. The ban was understood to have caused havoc for many students booked to fly back to Hong Kong.

In a late-night statement, the Department of Health said four passengers who arrived on flight BA27 from London on Tuesday were confirmed to have Covid-19 while one person failed to comply with requirements.

The department said it “thus invoked the regulation to prohibit landing of passenger flights from London operated by BA in Hong Kong from December 12 to 25”.

In response, a British Airways spokeswoman said: “We are disappointed to have been instructed by the Hong Kong authorities to temporarily suspend our passenger flights from London to Hong Kong and are working closely with the authorities to resume these services.”

The carrier said it was contacting its affected customers to apologise and offer the option of flying with another airline, BA flights at a later date or a full refund.

Flights from Hong Kong to London were unaffected by the ban and would operate as normal, the airline said.

Between November 26 and Wednesday, BA accounted for just four of the 76 imported cases across a number of airlines. By comparison, Cathay Pacific
flew seven passengers from London with Covid-19 over the same period.

An airline source was confident that, in spite of flying thousands of customers to Hong Kong since the new requirement was added by health authorities, BA had shown the “highest levels of compliance with the overwhelming majority of customers” having the correct documentation.

The Post reported on Friday morning that new rules meant airlines flying to Hong Kong with even a single coronavirus-positive passenger aboard faced a two-week ban if any other travellers on the flight failed to comply with pandemic control measures.

KLM Royal Dutch Airlines was the first airline last week to be hit by the harsher rules, prompting the government to ban its Amsterdam-Hong Kong flight from December 4 to 17.

Airlines can still be banned if a plane contains five or more passengers who test positive for the coronavirus upon arrival, or if at least three infected travellers arrive aboard two consecutive flights.

The new rules appear to put a greater degree of accountability on carriers for ensuring passengers comply with the Prevention and Control of Disease (Regulation of Cross-boundary Conveyances and Travellers) Regulation.

At least four airlines, including BA and KLM, are now serving ongoing bans for various breaches. The others are Nepal Airlines and Emirates.