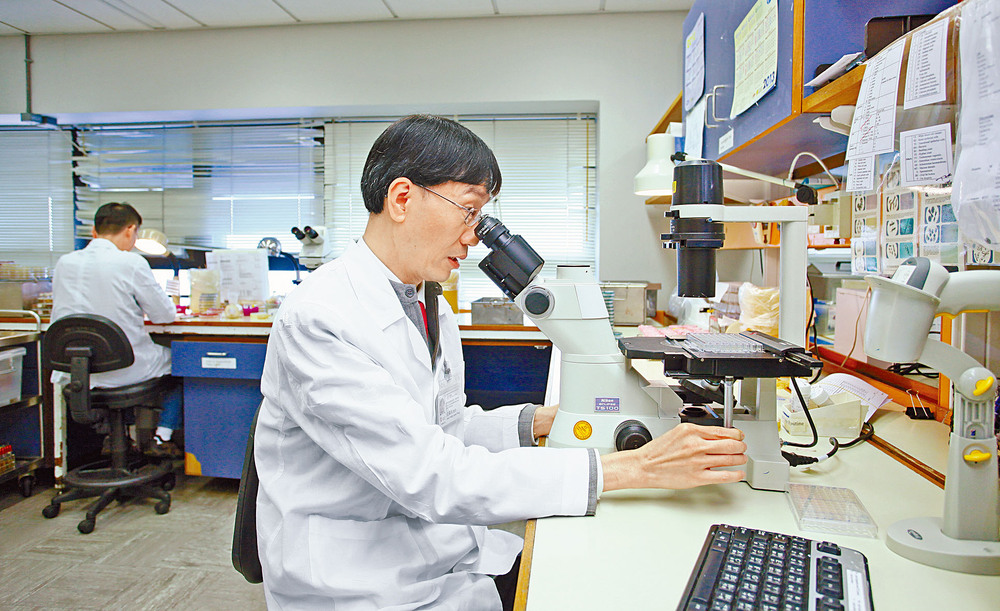 University of Hong Kong researchers will soon partner with a mainland drug maker to develop a vaccine against the Omicron variant, after the university team successfully isolated samples of the new and fast spreading strain.
This came as the SAR on Wednesday recorded its fourth Omicron case from a man arriving from Nigeria on November 24. So far, none of the Omicron cases have entered the community.

HKU has become the first in Asia to successfully isolate the fast-spreading Omicron variant, four days after the first two Omicron cases were confirmed in Hong Kong last Thursday, and five days after the variant was first reported to the World Health Organization from South Africa on November 24.

Top microbiologist Yuen Kwok-yung from HKU said his team will make mass duplication of the Omicron samples and share it with laboratories and pharmaceutical firms, so they can test whether existing coronavirus tests, medication and vaccines are effective against the variant.

He said the university will partner with a mainland vaccine maker to produce a new generation of jabs that carry deactivated Omicron variants, but refused to disclose the name of the firm as contracts have not been signed.

However, Yuen said existing vaccines, including the Beijing-made Sinovac and German-made BioNTech/Fosun available in Hong Kong, can still offer protection against Omicron infections.

Yuen cited two Omicron cases in Hong Kong as an example, where a South African man carrying the Omicron variant infected a Canadian living in an opposite room when quarantining in Regal Airport Hotel.

He said both men have received two doses of BioNTech vaccine less than six months ago and only suffered mild symptoms.

“We have been doing blood test for them. In just several days after diagnosis, their antibodies level rose by 10 fold, meaning mRNA vaccine (BioNTech) has made the immune system memorize the virus, triggering it to quickly produce antibodies,” he said.

“This is a very good sign and once again points to the need that everybody should consider taking the vaccine as soon as possible, even for the deactivated virus vaccine derived from the early Wuhan strain.”

Yuen said although the two patients lived in opposite rooms, they had never come physical contact, or opened their doors at the same time.

“That means their transmission must be air-borne, which raises concerns that it (Omicron) may be more transmissible than the Delta variant,” he said.

But Yuen said more studies using the Omicron samples have to be conducted to evaluate whether the variant is actually more contagious or triggers more serious symptoms.

Polytechnic University's department of health technology and informatics assistant professor Gilman Siu Kit-hang on Tuesday estimated Omicron -- with the highest number of more than 30 mutations among all known variants -- could have been transmitted from humans to animals, where the dramatic mutations took place, before it humped back to humans.

But Yuen said he believed it is more likely that the Omicron mutations occurred in Acquired Immunodeficiency Syndrome (AIDS) patients.

“There are quite a number of AIDS patients in South Africa, who are immunocompromised and are unable to completely eradicate Covid-19 virus after they are infected,” he said.

“Their bodies could have become a desirable atmosphere for mutation, as the coronavirus could escape from the antibodies and duplicate themselves in massive numbers.”
#Coronavirus  #Vaccines  #BioNTech  #COVID-19  #vaccine  #Covid
Add Comment