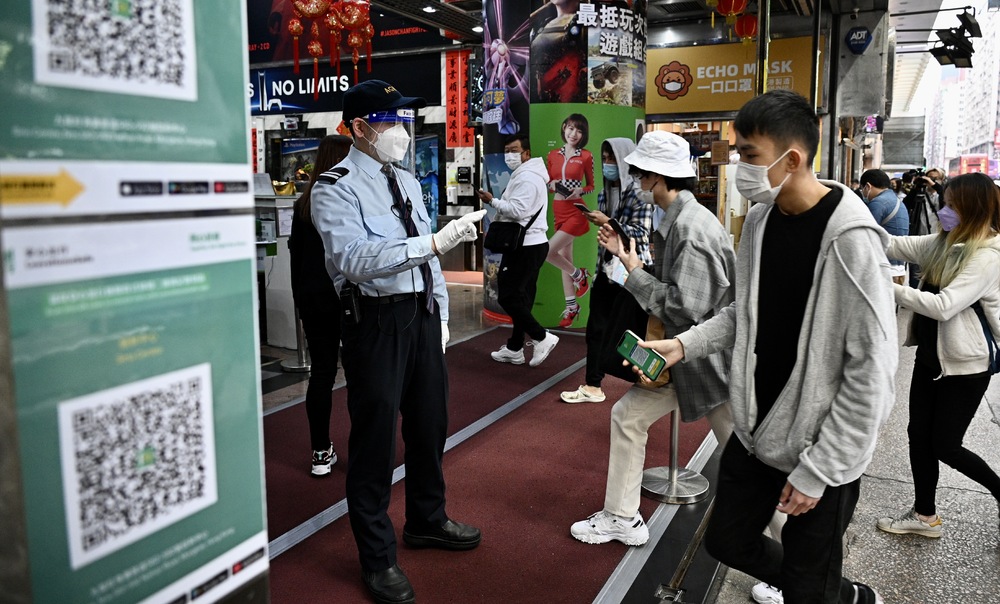 Epidemiologists from the University of Hong Kong (HKU) suggested on Monday that vaccine pass should be relaxed to allow adults under age of 60 to enter designated premises without using it.
Ben Cowling, head of the Division of Epidemiology and Biostatistics at the HKU School of Public Health wrote in an article co-authored by Chan Tak-kwong, honorary assistant professor of the Department of Pharmacology and Pharmacy of HKU, that the government’s vaccine pass is essentially an unjustified vaccine mandate.

“When vaccine passes are needed for essential activities such as access to educational institutions and workplaces, making it almost impossible for young adults to refuse vaccination, they essentially function as a vaccine mandate,” the experts wrote.

Citing the World Health Organization, which has proposed that any mandatory medical procedure can only be justified in situations constituting a public health emergency, the pair went on to argue that while restriction of individual autonomy could lead to greater societal good, “such restriction should be necessary, reasonable, proportionate, and kept to a minimum”.

“While COVID vaccines should be recommended for younger adults in HK, we believe there is insufficient justification at present to mandate vaccination in this group”, said Cowling on Twitter.

According to government data, only 4 percent of Covid deaths in Hong Kong’s fifth wave occurred in those aged below 60 years, while a vaccination coverage exceeding 90 percent in people aged 20 to 60 has already been achieved.

Conversely, Chan and Cowling argue that increasing vaccination uptake amongst young adults beyond the level that can be reached voluntarily “will not help achieve zero-Covid”.

Stage three of Hong Kong’s vaccine pass will start on 31 May, by which time those over 12 years old will have to be triple-jabbed to enter venues including restaurants, shopping malls, and supermarkets.
#Vaccines  #vaccine  #Covid
Add Comment