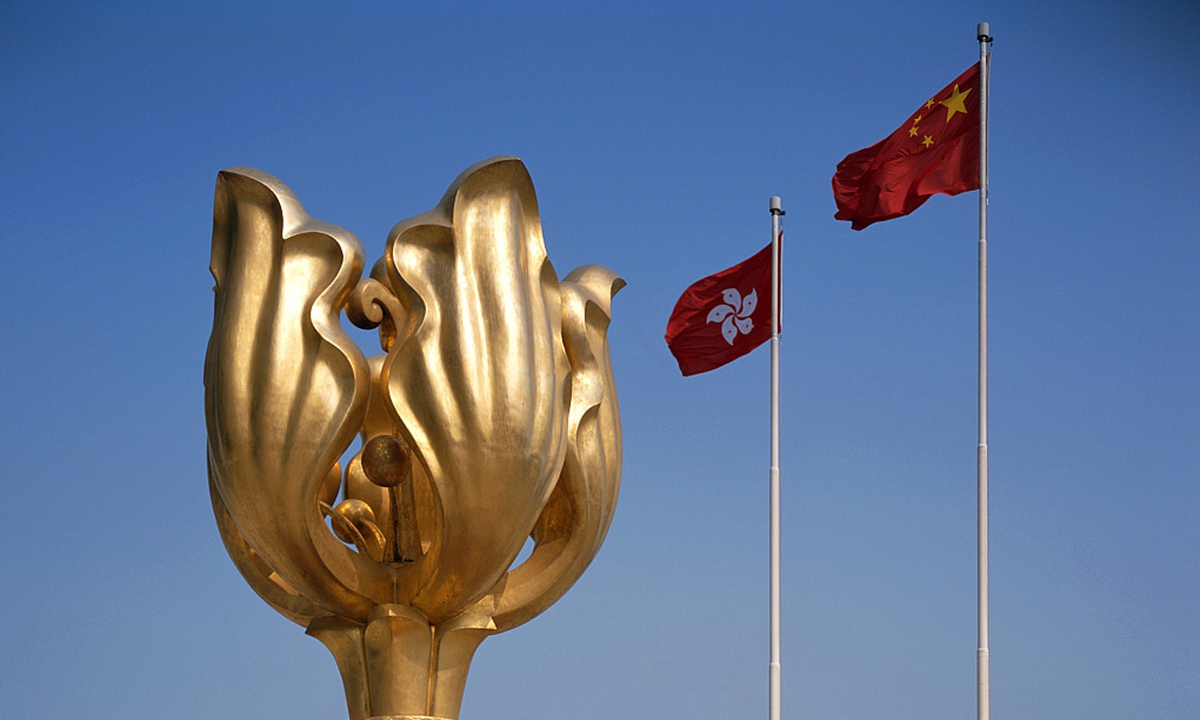 The government of the Hong Kong Special Administrative Region (HKSAR) Thursday voiced strong opposition to a report released by the US Secretary of State on Oct 14 (US time) under the so-called "Hong Kong Autonomy Act".

A spokesman for the HKSAR government said, "The US has been increasingly blatant in its interference in Hong Kong's affairs in recent months, including passing successive laws, pronouncing an executive order and imposing 'sanctions' against our officials under the pretext of human rights, democracy and autonomy.

We strongly reprimand the US authorities for publishing a report that contains totally groundless and irresponsible accusations against the HKSAR." 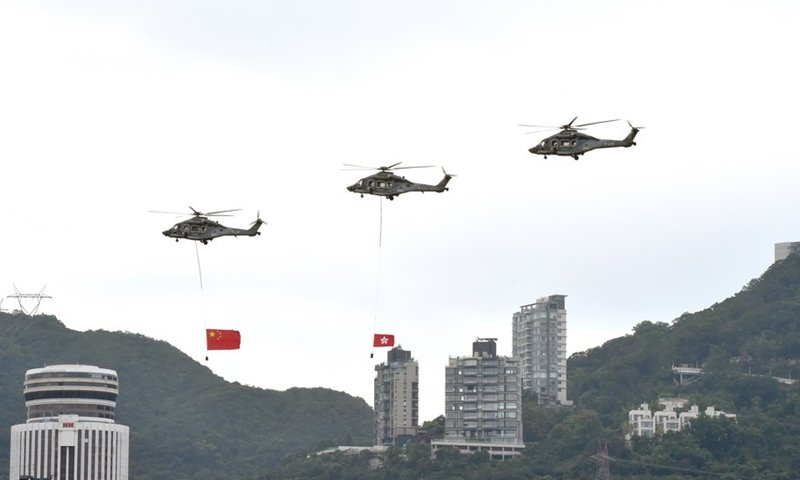 Helicopters with Chinese national flag and the flag of the Hong Kong Special Administrative Region fly over the Victoria Harbour in a procession to celebrate the 71st anniversary of the founding of the People's Republic of China and the Mid-Autumn Festival in Hong Kong, south China, Oct. 1, 2020.

The HKSAR government has on numerous occasions stated its firm position against the US interference. "We take great exception to the comments in the report that smear and demonise The Law of the People's Republic of China on Safeguarding National Security in the Hong Kong Special Administrative Region.

Safeguarding national security through legislation is in line with international practice. National security has always been a matter that falls under the purview of the central authorities," the spokesman said.

The spokesman said, as the highest organ of state power, the National People's Congress (NPC) has authorized the Standing Committee of the NPC (NPCSC) to formulate relevant laws on establishing the legal system and enforcement mechanisms for the HKSAR to safeguard national security. The enactment of the national security law in Hong Kong is lawful and constitutional. It is both timely and necessary to uphold the principle of "one country, two systems" in Hong Kong.

Contrary to the report's claims that Hong Kong's high degree of autonomy and freedoms have been undermined, since the implementation of the law, stability has been restored to society while national security has been safeguarded in Hong Kong, and people in Hong Kong can continue to enjoy their basic rights and freedoms in accordance with the law. This is a fact that the US authorities should not turn a blind eye to, the spokesman said.

The spokesman also dismissed comments in the report that question, without grounds, law enforcement by Hong Kong authorities. "Hong Kong is governed by the rule of law and law enforcement agencies are duty-bound to take action against unlawful acts.

Any person who is arrested has the right to a fair trial by our independent courts, and the burden is on the prosecution to prove that the accused committed a crime beyond reasonable doubt before there can be a conviction."Regarding the US threat to impose "sanctions" on financial institutions and HKSAR government officials, the spokesman said it is another example of US hegemony.

The HKSAR government formally took issue in September with the US government over the latter's new requirement in respect of the origin marking of Hong Kong products. If the US refuses to withdraw the requirement and bilateral discussions fail to reach satisfactory outcomes, the HKSAR government will take action against the US in accordance with the World Trade Organization (WTO) Dispute Settlement Mechanism. In this connection, the HKSAR's permanent representative to the WTO made clear Hong Kong's position at a meeting of the General Council of the WTO on Oct. 13 (Geneva time).

In response to media enquiries about the US Secretary of State's recent remarks about the 12 Hong Kong residents who were arrested in the Chinese mainland, the spokesman said that the Secretary has blatantly ignored basic facts.

"Those 12 individuals are all wanted persons suspected of committing serious crimes in Hong Kong. Instead of facing legal liability in Hong Kong, they have chosen to flee through illegal means to evade legal responsibility. We were shocked to hear the US Secretary say that they had committed no crimes," the spokesman said.

The spokesman said, "In Hong Kong, no one is above the law and everyone has to be responsible for his or her actions. The HKSAR government will not interfere with the law enforcement actions of other jurisdictions. By the same token, we once again urge the US to stop interfering in Hong Kong affairs, which are internal matters of the People's Republic of China."