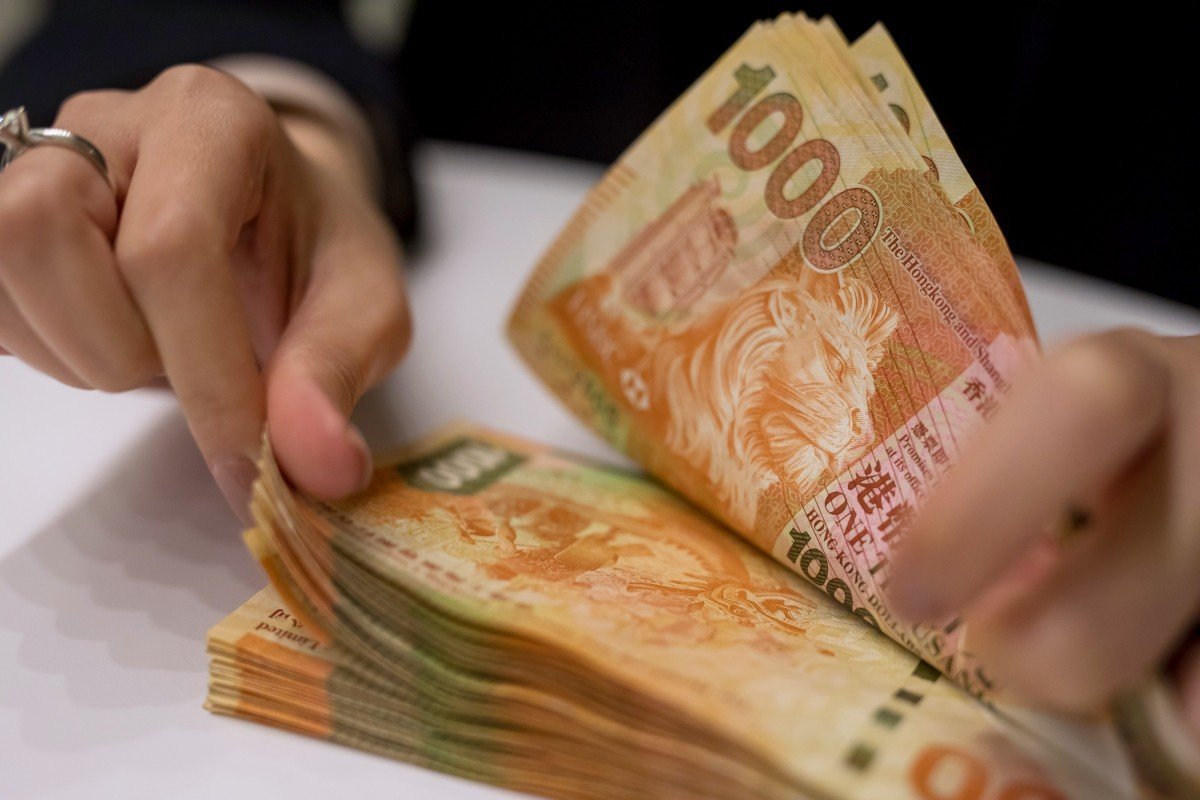 Government data showed the net outflow from Hong Kong was HK$163.5 billion in Q3, much higher than in previous quarters. But Howard Lee, the HKMA’s deputy chief executive, says the underlying numbers show there is no need for concern

Hong Kong’s political crisis may have plunged the city into recession and wreaked havoc in the tourism, retail and property sectors.

But according to the Hong Kong Monetary Authority, it has not caused the huge flight of capital many had anticipated.

That is despite third-quarter balance of payment figures released by the government on Friday night showing what appears to be a large increase in funds leaving the city.

The data show the net outflow of funds from Hong Kong’s financial system came to HK$163.5 billion (US$20.97 billion), much higher than the HK$38.1 billion in the second quarter, and compared to a net inflow of HK$28.18 billion in the first.

It is also a lot higher than the HK$38.19 billion outflow seen in the fourth quarter of last year and the HK$74.9 billion in the same period of 2018.

But Howard Lee, deputy chief executive of HKMA, the city’s de facto central bank, said in an article posted on the authority’s website that the outflow was not as severe as the headline number might suggest.

But Howard Lee, deputy chief executive of HKMA, the city’s de facto central bank, said in an article posted on the authority’s website that the outflow was not as severe as the headline number might suggest.

He pointed out that of the HK$163.5 billion total outflow, HK$90 billion was related to Hong Kong investors buying overseas stocks or bonds. That is far lower than the quarterly average outflow of HK$154.1 billion last year and HK$222.9 billion in the first quarter of 2019.

“It reflects that Hong Kong people have all along been buyers of overseas equities and bonds,” Lee wrote in the article.

“One point I should emphasise is the balance of payment numbers do not necessarily reflect geographic movements of funds, meaning that transactions not involving cross-border fund flow may also appear on the statement.”

For example, the total outflow also included HK$75 billion worth of payments categorised as “other investment” which was mainly due to the HKMA putting Exchange Fund assets in the local banking system during the quarter. In fact, the money has not left the city.

“This transfer increased foreign-currency deposits placed by the Exchange Fund with local banks,” Lee said. “Under the balance of payment concept, such transfer of funds was regarded as an increase in external assets held by local banks, hence recorded as an outflow in other investment.”

The Exchange Fund is Hong Kong’s “war chest” to protect the local currency.

Overall, the balance of payments showed Hong Kong’s current account, which covers trade and other cash transfers, recorded a surplus of HK$74.4 billion in the third quarter of 2019, more than double the HK$34.95 billion in the second quarter and HK$35.1 billion in the first.

That suggests Hongkongers are saving more than they invest.

Hong Kong Securities Association chairman Gordon Tsui Luen-on said there were no signs of massive outflows amid the protests, as investors had still poured money into the many popular initial public offerings in Hong Kong since September.

“The Hong Kong dollar exchange rate is a better indicator to show if any money is flowing out of Hong Kong and now it is trading stronger than before the protests,” Tsui said.

The local currency is now trade at 7.79 per US dollar, stronger than the 7.84 before the protests started in early June.

According to a report by MUFG Bank, a unit of Japan’s biggest financial services group, at most US$6 billion of “fright capital” may have left for Singapore between May and October as anti-government protests intensified.

That amount was estimated based on a corresponding surge in foreign-currency deposits of S$8.4 billion (HK$48.3 billion) in Singapore’s banking system in the period, a report by MUFG last week said. It represents about 0.34 per cent of the HK$13.73 trillion of deposits in the local banking system at the end of October, suggesting the size of capital leakage stoked by the social unrest is not worrisome, the MUFG report said.