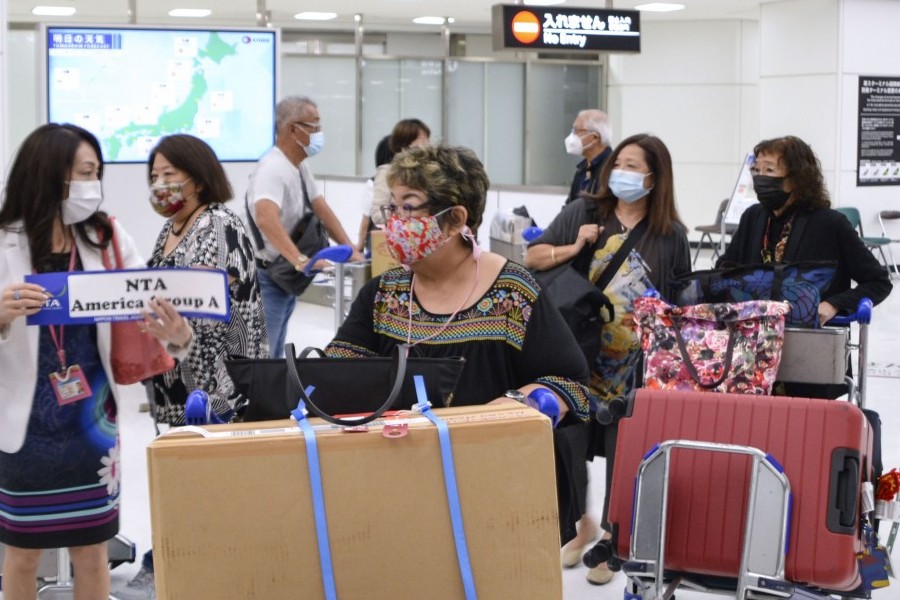 Japan will resume accepting foreign tourists from June 10, Prime Minister Fumio Kishida said Thursday, but only for package tours for now. Hong Kong visitors have been categorized into the group “Blue”, which will be granted testing and quarantine exemptions.
Starting from June 1, countries and regions will be divided into three categories -- red, yellow and blue -- depending on their assessed virus risk, according to the new border measures announced by the Ministry of foreign affairs of Japan.

For the group “Blue”, it means regardless of the vaccination status of the entrants/returnees, on-arrival test, home quarantine and other measures are not required.

A total of 98 countries and regions including China, Taiwan, Australia, South Korea, Singapore are categorized in the group "Blue".

Kishida's announcement was made during an international event in Tokyo and came ahead of Japan's move to double the current cap on daily entries to 20,000 from next Wednesday. To reduce the potential spread of infections, tourism arrivals will initially be limited to people on tours with fixed schedules and guides.

The scale of the package tours and other details will be finalized after officials evaluate the results of the current experimental tours, said Makoto Shimoaraiso, a Cabinet official in charge of pandemic measures.

It will take some time before foreign visitors can come to Japan for individual tourism, Shimoaraiso said.

International flights to and from the Naha and New Chitose airports, gateways to popular tourist spots in Okinawa and Hokkaido, will restart in June.

The government's decision will set the stage for reviving inbound tourism for the first time in about two years. Still, relaxations will be implemented in stages and it will likely take time to again see a large number of foreign tourists, who were once key for Japan's economic growth.

Since Tuesday, the transport and tourism ministry has been inviting travel company employees from Australia, Singapore, Thailand and the United States for small-scale test tours of Japan.

By running the tours, the ministry aims to improve precautions against COVID-19 and confirm procedures to follow in the event visitors test positive for the coronavirus.

The ministry has compiled guidelines for accommodation facilities and other tourism businesses, and plans to call on inbound visitors to take anti-virus measures such as wearing masks, officials said.

In 2018, Japan welcomed more than 30 million inbound tourists. But the country has closed its borders to foreign tourists since the early stage of the pandemic in 2020.

In February of that year, the number of foreign visitors plunged 58.3 percent from a year earlier, further sliding to a record 99.9 percent drop from April onward.

In response to the emergence of the Omicron variant of the virus, Japan effectively banned the entry of nonresident foreign nationals in November last year.
#Coronavirus  #COVID-19  #Covid
Add Comment