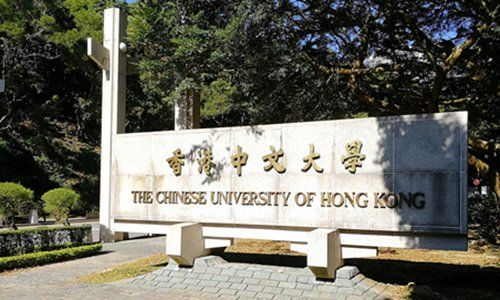 The University of Hong Kong (HKU) has recommended that a group be set up to “protect academic freedom ... in conformity with [Beijing’s] National Security Law [NSL] provisions,” a letter sent to senior faculty said.
University vice president for Teaching and Learning Ian Holliday sent the letter on March 18, outlining how the university should operate under the legislation.

“Reaffirming HKU’s core commitment to academic freedom and institutional autonomy, this paper recommends that two mechanisms be created to ensure that, in the sphere of [teaching and learning], these values are safeguarded to the fullest extent possible within the framework of the NSL,” Holliday wrote.

One proposed new committee, which would comprise the vice president of teaching and learning, and two associate deans from different faculties, would evaluate allegations of security law violations through academic and professional legal advice, he wrote.

It also advised that a separate group be set up to monitor legal developments within the National Security Law.

“This committee ... is just a symbolic gesture to show that the university will take care of those alleged threats of academic freedom, but basically, what can this committee really do, because the NSL is broad and strict, and it’s open to interpretation?” a senior university employee said.

“It will be more difficult to attract international scholars in Hong Kong ... people will be less vocal,” said the employee, who declined to be named because of the sensitivity of the issue.

Meanwhile, Hong Kong’s electoral reform bill was introduced in the legislature yesterday, setting in motion changes that would give Beijing greater control over the process, while reducing the number of directly elected representatives.

Hong Kong Secretary for Constitutional and Mainland Affairs Erick Tsang (曾國衛) said at the Legislative Council the bill would bolster the national foundation and improve governance of the territory.

“This provides a sound foundation to ensure Hong Kong’s system for patriots administering Hong Kong, and will bring the implementation of one country, two systems back on the right track,” he said.
Add Comment