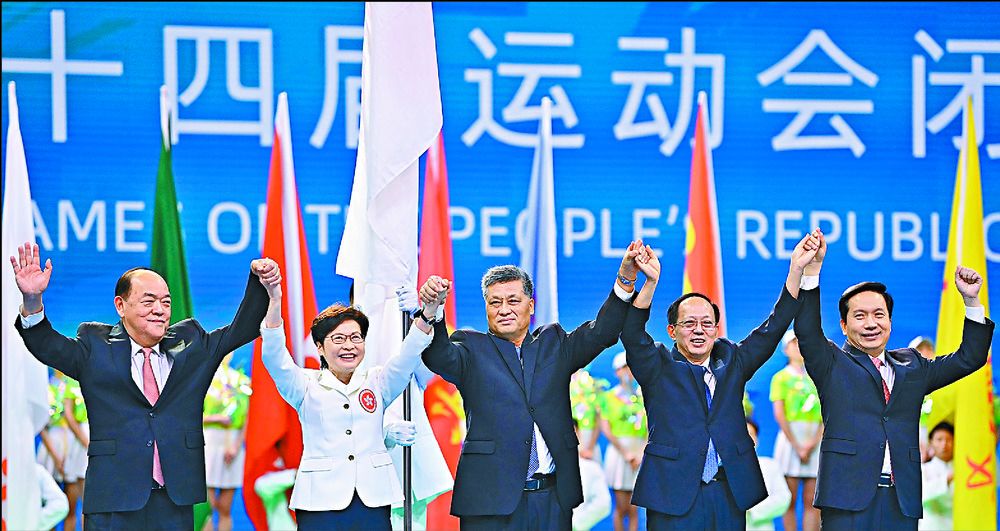 Authorities reached a preliminary consensus with Guangdong and Macau to cohost the 2025 National Games, acting secretary for Home Affairs Jack Chan Jick-chi said.
In a special meeting of the Legislative Council finance committee yesterday, Chan said the 2025 games will be a "highlight" in the city's sports development.

"Commissioner for Sports Yeung Tak-keung is already in talks with his Guangdong and Macau counterparts," he said.
The Standard Channel
More>>

"They have reached a preliminary consensus to hold sports events popular among Hongkongers in the city, and the final decision will be announced by China's General Administration of Sport," he added.

Lawmaker Vincent Cheng Wing-shun from the Democratic Alliance for the Betterment and Progress of Hong Kong said he hopes fencing, cycling and ball game events can be held here.

"I hope Guangzhou residents can come to Hong Kong to watch the games, while Hongkongers can go to Macau and Guangzhou matches by that time," Cheng said.

He called on the administration to use this opportunity to step up cooperation in sports development within the Greater Bay Area.

Cheng, who tested positive for Covid-19 on Monday, also voiced his concerns in yesterday's meeting over the Hong Kong Basketball Association's withdrawal from the 2025 FIBA Asia Cup.

Yeung said he got in touch with the association upon learning of the withdrawal on Friday, and it replied Monday night that it is hoping to get back in the competition again.

This came after local media found that Hong Kong was not on the list of teams participating in the qualifiers on Friday, which drew fire from local basketball players.

The association apologized Monday, saying it was a mistake in communication, and as the seriousness of the Covid situation here is on a downward trend it has contacted competition organizer to allow Hong Kong to participate.
#COVID-19  #Covid
Add Comment