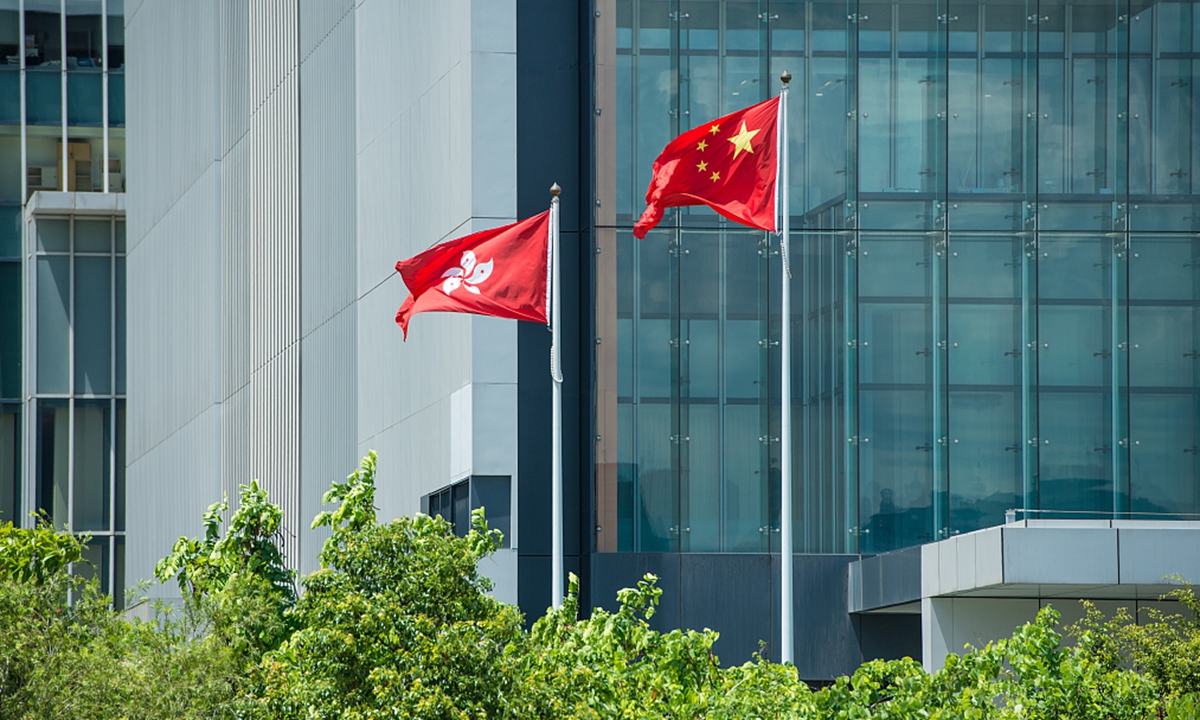 A liberal studies textbook designed for sixth graders in the Hong Kong Special Administrative Region was found to have revised its content about the Chinese civil war (1946-49) by removing an incorrect description about the "Republic of China government" which challenges the one-China principle.
The revision was made when Hong Kong is trying to reform its education system to root out misleading, subversive and separatist content from the classes and to enhance students' sense of national identity and patriotism.

According to a post on the publisher's website from October, a paragraph about the Chinese civil war in the book's 2019 version would be changed from "Republic of China (ROC) government led by Chiang Kai-shek moved to the island of Taiwan [in 1949]," to "the Kuomintang (KMT) led by Chiang Kai-shek moved to Taiwan [in 1949]," Hong Kong media outlet Mingpao reported.

"Such change will help students develop a habit of respecting contemporary China, that is, the People's Republic of China, through the education of history," Tang Fei, a member of the Chinese Association of Hong Kong and Macao Studies, told the Global Times on Tuesday.

Tang noted that the previous version seemed to imply that there were "two Chinas" or two "Chinese governments," and the revision in the textbook aligns with the one-China principle; the government of the People's Republic of China is recognized worldwide as the only legitimate representative of China.

Similar revisions were also made to other passages in the textbook, the report said.

In response to such changes, the Education Bureau of Hong Kong said that it is the responsibility of publishers to prepare appropriate content and teaching activities in their textbooks, and to ensure that the content and selection of materials are in line with the objectives of the course. The quoted materials should be correct, complete and objective, it said.

It also said that the publishing community will continue to optimize textbooks based on the above-mentioned principles and put forward revisions to the Bureau.

Hong Kong is seeking to reform in its long-term flawed national education, as biased and misleading content that distorts history and blatantly instills the concept of "Hong Kong independence" was frequently found in history and liberal studies courses in Hong Kong schools in recent years.

On April 1, Hong Kong rolled out its reform plan for its liberal studies education, a controversial subject which has been accused of using problematic textbooks to fan hatred toward the Chinese society and the country among young people with misleading and false content.

Carrie Lam, chief executive of the Hong Kong SAR, said previously that education cannot be a "chicken coop without any cover. There has to be gatekeeper in the Education Bureau, school organizations and school management levels to protect innocent students from being poisoned by perversions."

The Hong Kong Education Bureau also vowed in July 2020 to remove textbooks and reading materials in schools that incite subversion, separatism and other illegal content banned by the newly enacted National Security Law for Hong Kong. The bureau will regularly check if such texts are being used within campuses.

Previously, some history textbooks for the new curriculum at Hong Kong secondary schools, expected to be launched in September this year, also saw revisions in content about the Opium War during the late Qing Dynasty.

The previous textbooks tended to whitewash the UK's role in initiating the war and blamed the outbreak of the war on the Qing government, reports said.
Add Comment