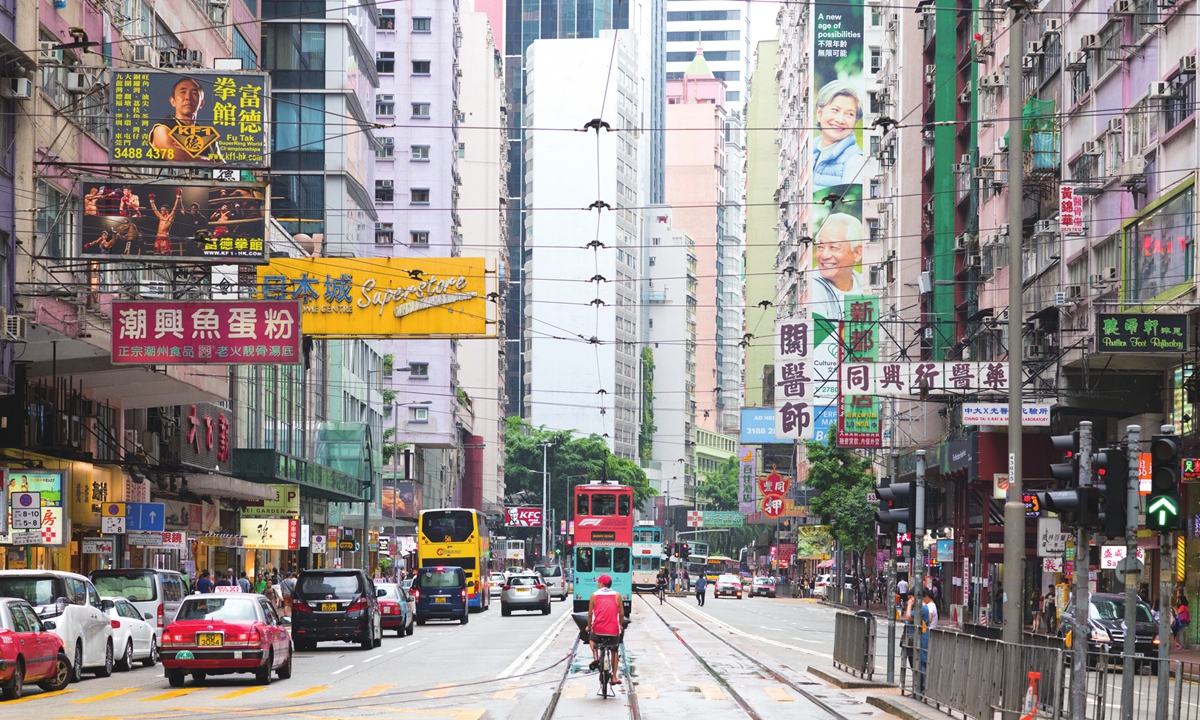 Hong Kong should actively participate in the country's 14th Five-Year Plan (2021-25), formulate a corresponding timetable and road map, and clarify the relationship between its own development and the country's overall strategy, political observers from the special administrative region (SAR) urged Wednesday.
Chinese top officials of the 19th Central Committee of the Communist Party of China (CPC) are reviewing proposals for the 14th Five-Year Plan and vision through 2035 at its ongoing fifth plenary session, which will conclude on Thursday, when an official statement about the meeting as well as the plan is expected.

Hong Kong can no longer only see its own interests, as it has participated in the national five-year plan in the past, while ignoring the country's broader development strategy and changes in the domestic and international situation, observers said, noting that the SAR government should get rid of the shackles of the long-term "small government" thinking and bravely shoulder the responsibility of promoting Hong Kong's economic and social reforms.

In past five-year plans, HKSAR has been included. For example, the 12th Five-Year Plan proposed to support Hong Kong to become a global renminbi offshore business and international asset management center. The 13th Five-Year Plan proposed to consolidate Hong Kong's financial and trade roles. However, public opinion generally believed that Hong Kong has been seriously inadequate in paying attention to the country's five-year plan in the past.

Lau Siu-kai, a vice-president of the Chinese Association of Hong Kong and Macao Studies, who is also former principal adviser of the Central Policy Unit of the HKSAR government, told the Global Times on Wednesday that Hong Kong is in a hard time of facing domestic and external difficulties, and is also at a turning point in its own development history.

"Hong Kong has never had a complete, long-term, comprehensive development strategy that fully considers changes in domestic and external situations," Lau said. "And the projects proposed by Hong Kong often have no timetable and road map. And there is no relevant accountability, rewards and punishment mechanism, so that some projects have not been materialized after the completion of the five-year plan."

Lau believes that both the HKSAR government and society need a bigger picture and stronger awareness of unexpected risks, when actively participating in the country's 14th Five-Year Plan (2021-25). The HKSAR government needs to shake off the shackles of "small government" it has long been holding on to, and shoulder the responsibility of pushing forward economic and social reforms, and act as a leading and coordinating role in Hong Kong's development, Lau said.

He admitted that certain officials need to overcome the concern that "integrating with the mainland will change Hong Kong's current governance mode," and that "the government should not interfere too much in economic and social affairs," not to mention the thinking that "mixing too much with the mainland will make it a competitor of Hong Kong, or will weaken Hong Kong's connection with Western countries."

"I proposed Hong Kong and Shenzhen build metropolises together when I was working for the HKSAR government in 2007. However, those proposals were not acted on by the government or by society, so that Hong Kong missed many opportunities to actively get involved in the mainland's development," Lau added.

People's Daily published an editorial on Tuesday that "the opportunity for Hong Kong to shine during the 14th Five-Year Plan (2021-25) periodis right in front of it. It is a chance that cannot be missed, and for Hong Kong, it cannot afford to wait." "Hong Kong people with vision are eyeing the plan, expecting the city to change its social situation, give play to its edges, lay out newly-emerged industries for a big change in the next five years."
Add Comment