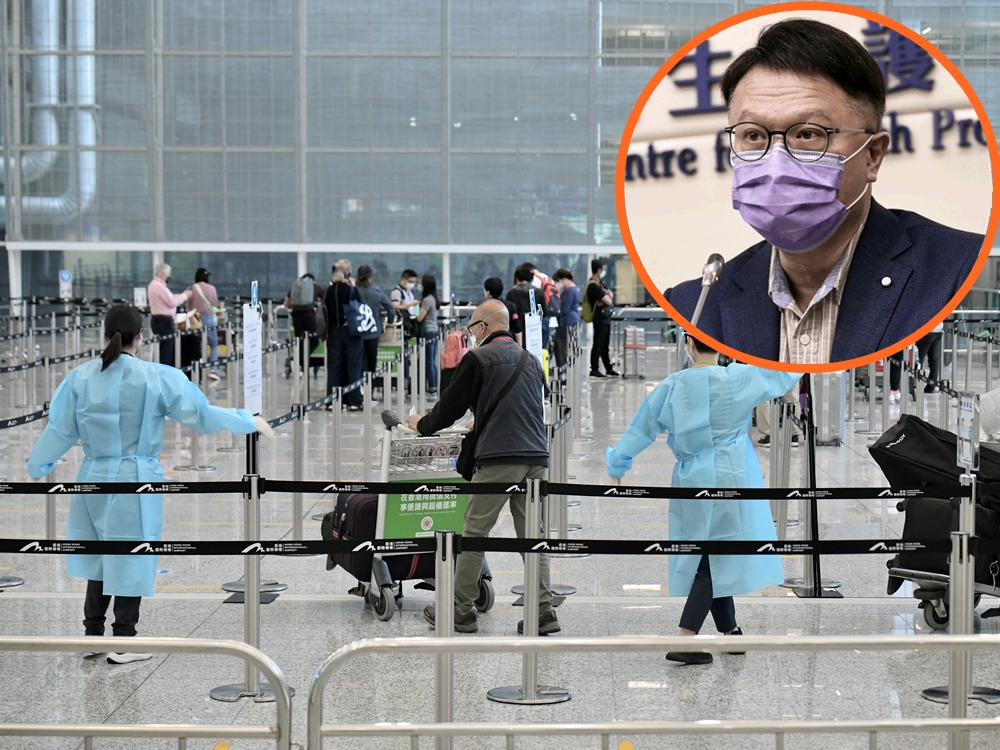 A health expert said Hong Kong should ban all returnees from African countries where the new mutant Covid strain has been detected.
Two cases of the new Covid-19 strain raising alarm in southern Africa have been found in travelers arriving in Hong Kong earlier.

Government advisor David Hui Shu-cheong said the new variant - currently known as B.1.1.529 - carries an unusually large number of mutations and is very different from previous incarnations, which would hugely affect the effectiveness of the Covid vaccines.

Hui said the Covid vaccines currently available in the market are 40 to 80 percent effective against the Delta infections, with the numbers expected to be much lower with the newly discovered variant.

However, he stressed the quarantine measures in the city for inbound travelers are sufficient, with no changes needed.

The SAR government said late Thursday that a traveler from South Africa was found to have carried the new variant B.1.1.529, while the other case was identified in a person quarantined in the hotel room opposite them.

Twelve people who were staying in rooms close to the two Hong Kong cases are undergoing compulsory 14-day quarantines at a government facility, according to a government statement.

World Health Organization officials have met to discuss the virus, which has also been detected in Botswana.

In Botswana - a neighbor of South Africa - the new variant has been detected in vaccinated people, Kereng Masupu, coordinator of the Presidential Covid-19 Task Force, said in a statement. The U.K. said late Thursday local time that it will temporarily halt flights from South Africa and five neighboring countries on concerns about B.1.1.529.

Hong Kong is one of the few places in the world that’s yet to have a recorded community outbreak of delta, the more contagious variant first detected in India that has become the dominant strain worldwide. The mutation has forced some countries that could keep Covid out through quarantines and border curbs in 2020 to abandon that approach instead pivoting to treating the virus as endemic.
#Vaccines  #COVID-19  #Covid
Add Comment