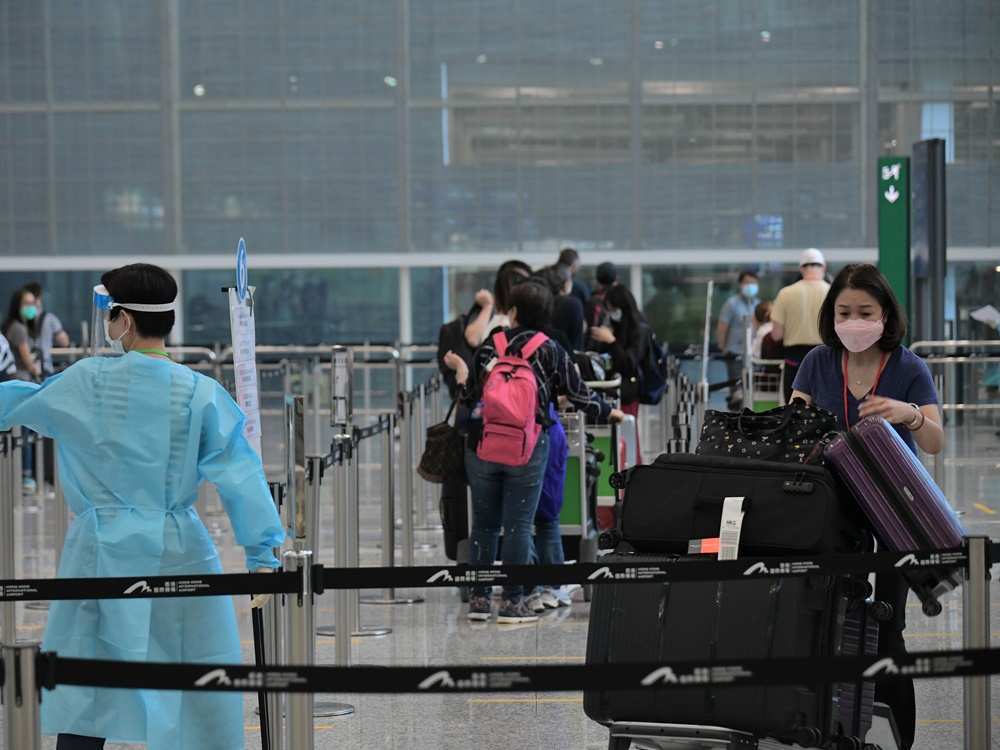 Hong Kong confirmed five more cases involving the Omicron variant on Monday, and reported an additional seven imported cases.
The city also bans the landing of Cathay Pacific flights from New York from December 20 to January 2, 2022, after three passengers on a Sunday flight were confirmed with Covid-19 upon arrival.

The Omicron variant was detected in five imported cases reported over the weekend, involving four women and a man aged between 26 to 77. They arrived from Italy, the United Kingdom and Nigeria.

The addition of the five cases took the total number of Omicron cases in Hong Kong to 19.

On the other hand, seven imported cases were reported on Monday, with five carrying the N501Y mutant strain – an indicator that they could be infected with the Omicron variant.

- a 22-year-old man who triggered compulsory testings. He departed Hong Kong on December 7 for Poland. He returned last Saturday from Poland and Germany by flight QR818 via Qatar and tested positive upon arrival;

- a 28-year-old woman who arrived in Hong Kong from the UK via flight VS206 last Saturday and tested positive upon arrival;

- a 22-year-old man arrived from the UK via flight CX216 last Saturday and tested positive upon arrival;

- a 68-year-old man arrived in Hong Kong from the United State by flight JL735 via Japan last Friday and tested positive at Penny's Bay Quarantine Centre.