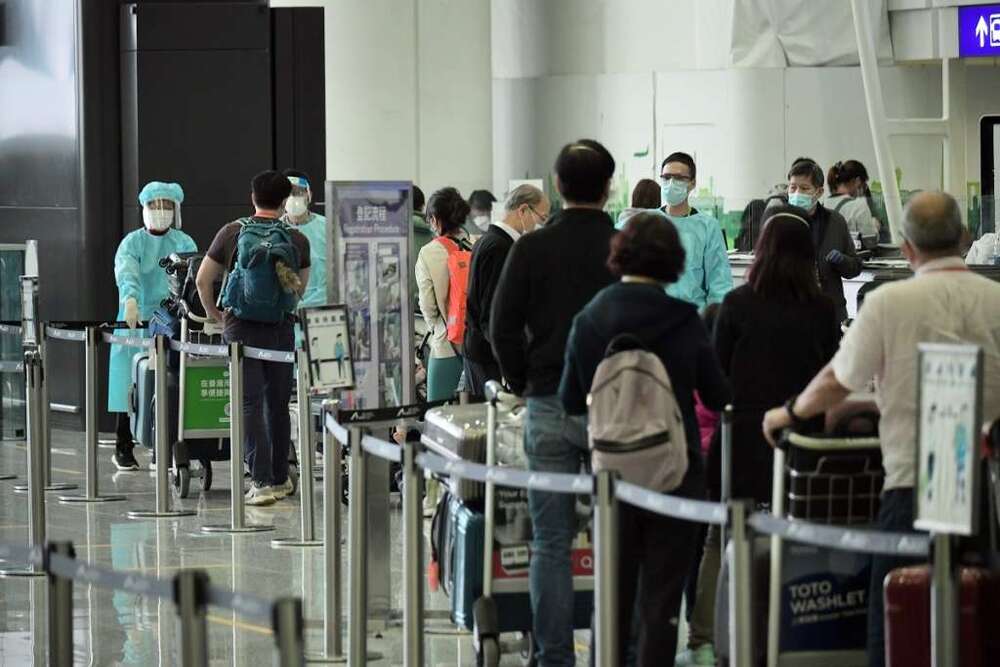 Hong Kong reported the fifth case involving the Omicron variant and four imported cases on Friday and banned the landing of passenger flights from Ho Chi Minh City operated by Cathay Pacific for two weeks.
The Center for Health Protection said the Omicron case involved a 37-year-old patient who arrived from the US on flight CX881 on Tuesday. He had received two doses of BioNTech vaccine in Hong Kong on June 2 and June 25.

As for the imported cases, the patients involved two men and two women aged 15 to 57.

The last patient is a 15-year-old boy. He arrived on November 20 from the UK on flight BA027 and underwent quarantine at Ramada Hong Kong Grand in Tsim Sha Tsui. He had received one dose of BioNTech vaccine in the UK on October 20.

The three from Vietnam carried the L452R mutant strain, while they and the 15-year-old boy didn't develop any symptoms.

Block 16 of Baguio Villa on Victoria Road in Pok Fu Lam, where the 57-year-old man lived, will be included in the compulsory testing notice, as well as places he had visited before.

On another note, the center has banned the landing of passenger flights from Ho Chi Minh City operated by Cathay Pacific for two weeks from tomorrow (Saturday) to December 23, after flight CX764 had three confirmed patients.