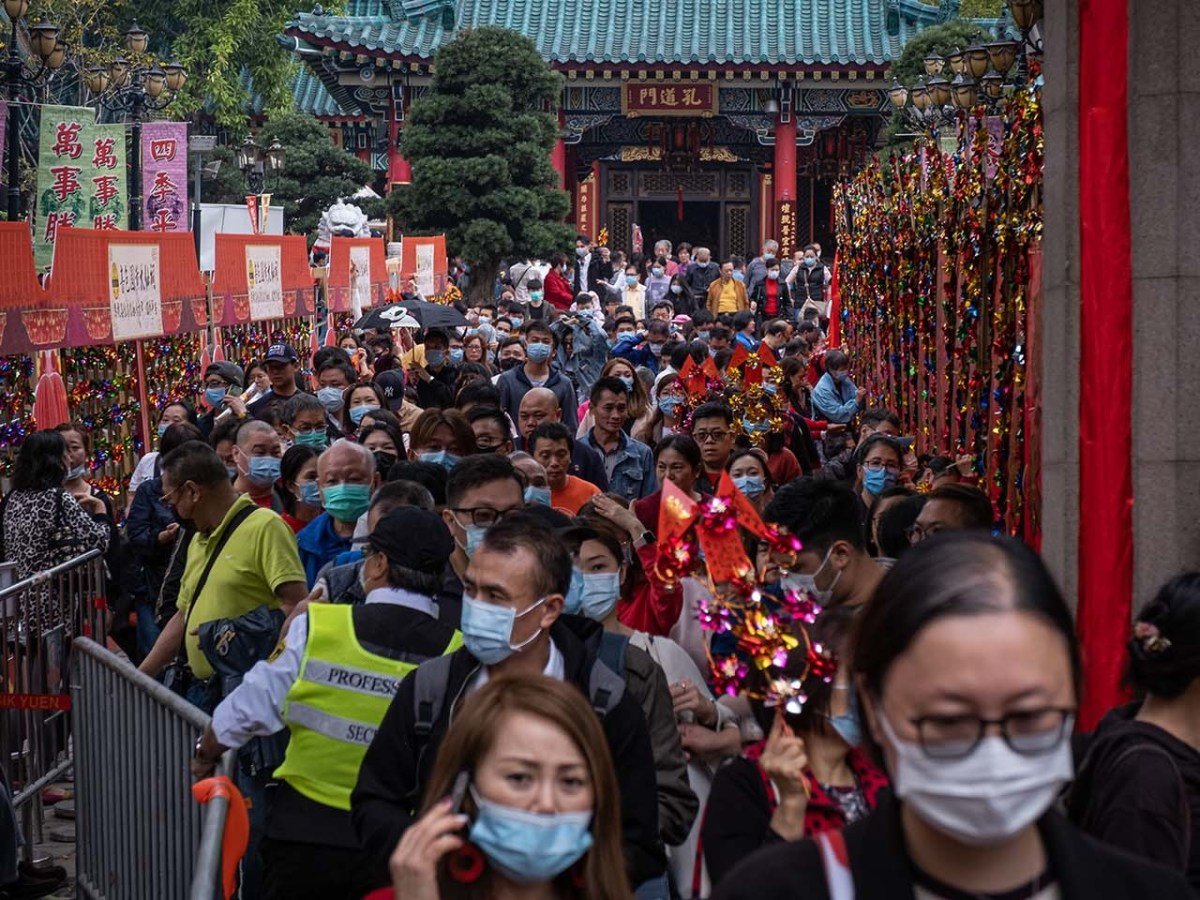 The number of local infections in Hong Kong has increased by 80% to 103 over the past week from 57 the week before, raising the risk of a large-scale community outbreak in the city.

Apart from the imported cases related to overseas Hong Kong students and those who were infected while mingling in bars and restaurants, the recent infections included a 40-day-old baby, a domestic worker who was infected by her employer’s teenage son and a domestic short-haired cat.

On Wednesday, a 40-day-old baby became the youngest Covid-19 patient in Hong Kong, according to the Center for Health Protection.

The baby’s parents threw a full moon party for their son on March 20 and allowed a 34-year-old female friend to hold the baby. The woman, who was infected in a bar, was registered as No 462 patient on March 27. The couple were not infected.

In Chinese culture, parents usually host a banquet and serve guests black vinegar pork knuckles with ginger 30 days after their child is born. The tradition originated in ancient times when infant mortality was very high.

A 25-year-old domestic worker, identified as No.742 patient, lived with an infected family in an apartment in Elm Tree Towers, Jardine’s Lookout.

Last month, her employer’s 14-year-old son returned to Hong Kong from the United Kingdom. Between March 26 and 27, the teenager (No. 613), his father (No 467), mother (No 622) and 11-year-old sister (No 612) started to show illness symptoms and were later found to be infected with the coronavirus.

The Centre for Health Protection did not disclose the nationality of the domestic worker.

On Wednesday, the Philippines Consulate General in Hong Kong said three more Filipinos had tested positive for Covid-19. As of Thursday afternoon, nine Filipinas and eight Filipinos were undergoing treatment in various hospitals in Hong Kong.

On Tuesday, a pet cat sent to the Agriculture, Fisheries and Conservation Department (AFCD) tested positive for the Covid-19 virus. This was the third animal to test positive in Hong Kong, following two earlier cases in which two dogs tested weak positive or positive during repeated tests for the virus.

The animal’s owner was a Hong Kong woman who resided at Pik Shan House, Shek Pai Wan Estate, Aberdeen. She was reportedly an employee of Draft Land, a bar in Central. She felt sick from March 23 and became No. 533 patient on March 28.

The AFCD emphasized that there is currently no evidence that pets can transmit Covid-19. It said pet owners should always maintain good hygiene practices and under no circumstances should they abandon their pets.

On Thursday, 37 new confirmed cases were recorded in Hong Kong, bringing the total number of infections to 802, according to the Center for Health Protection. The new patients included two employees of a beauty parlor.

Yuen Kwok-yung, chair of the infectious diseases section at the University of Hong Kong’s Department of Microbiology, recently warned that the total number of infections could surge to 2,000 within a short time if Hong Kong fails to contain the virus.
Add Comment