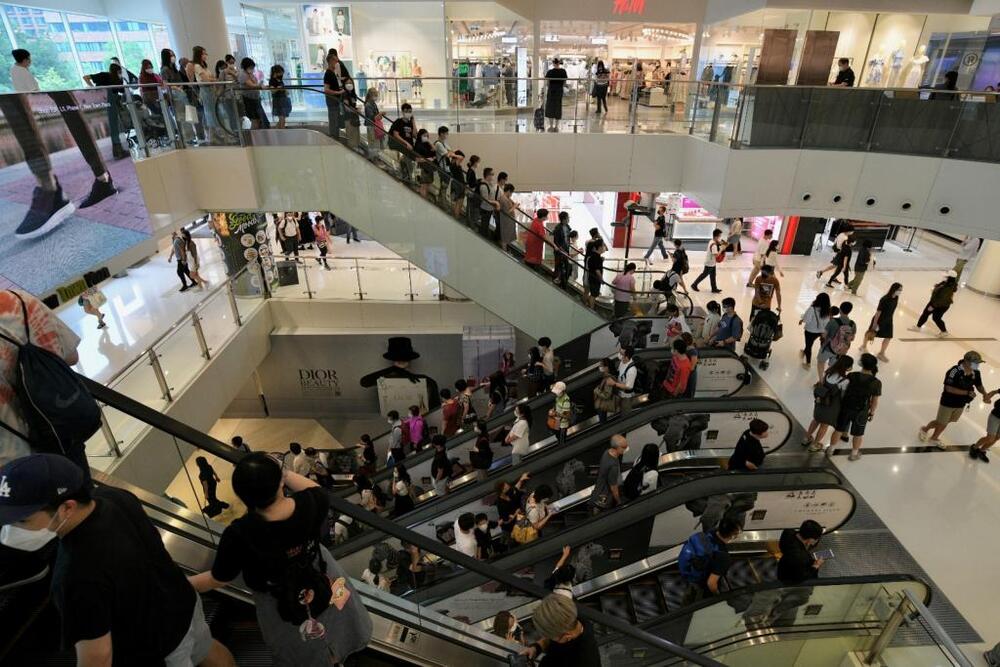 Hong Kong reported 737 new Covid-19 cases on Monday, while 275 were reported by schools and four saw small outbreaks.
Among the cases, 305 were confirmed via PCR tests and 432 were positive RAT results further verified by health authorities. Albert Au Ka-wing, the Centre for Health Protection's principal medical and health officer, reported that the tally of the fifth wave has now exceeded 1.207 million.

The authorities received 275 cases reported from school, of which 220 from 193 schools tested positive today, involving 216 students and 59 staff members.

Au also spoke of 104 imported cases -- 54 detected at the airport, 41 at quarantine hotels and nine were patients who tested positive after completing the seven-day isolation.

As for the bar clusters, Racks City added three infections, pushing the tally to 21 in total. FLM saw another six guests and one staff tested positive. The cluster has so far involved 22 guests and two staff.

Also testing positive were five living at Yuet Kwan Home in Aberdeen. Three of them were roommates and the other two lived in different rooms. All five have participated in activities in the community, believing that the origin of infections came from local communities.

The city added 21 more suspected BA.2.12.1 cases, including 19 local infections and two imported cases. Twelve of them have no source of infection.

In addition, six new cases were detected carrying BA.4 and BA.5 were found, of which four were imported cases and two were local infections.

Another outbreak was found at Regala Skycity Hotel in Chek Lap Kok, where the first case was reported on June 7. The patient was a female staff member who was responsible for delivering items to residents and was believed to be infected by belongings of confirmed cases.

The authorities on June 8 have advised the hotel to arrange for all staff to undergo nucleic acid testing, and the hotel reported all staff tested negative on June 9, including the cleaning lady who was confirmed today.

Au said that the cleaning lady was mainly responsible for cleaning and should not have direct contact with customers, She has also reported having no contact with the first confirmed female staff member.

The hotel in early June also had residents living on ten different floors who tested positive. The authorities have conducted a full genetic sequencing to understand the origin and required all hotel staff to get tested again.

No new deaths were reported on Friday and the tally remains at 9,177.

Public hospitals and treatment facilities are now housing 371 patients. Fifteen of them are in critical condition, seven in serious condition and three are in hospitals' intensive care units.
#COVID-19  #Covid
Add Comment