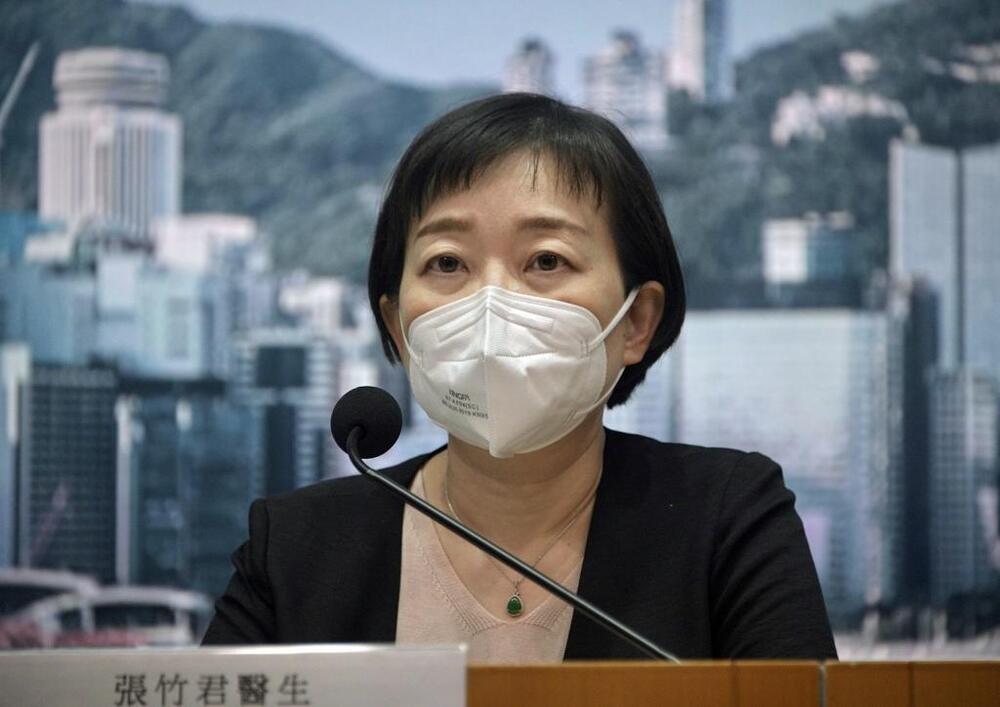 Hong Kong reported 515 new Covid-19 cases and four deaths on Sunday, as bar clusters in Central continue to grow.
Among the cases, 136 were confirmed via PCR tests and 379 were self-declared positive rapid antigen tests. The overall caseload of the fifth wave now exceeded 1.202 million, Chuang Shuk-kwan from the Centre for Health Protection reported.

She added 42 imported cases, including 18 detected at the airport, 20 reported at quarantine hotels and four identified in local communities after they completed the seven-day isolation.

LINQ added 13 new cases to 78 cases in total, and the fourth Covid-hit bar Shuffle reported 27 new infections, taking the number of cases within the cluster to 69.

A 38-year-old woman living at Kwun Shing House of Kwun Tak Court in Kowloon City was found carrying Omicron BA.2.12.1 variant, Chuang said, adding that the family involved had no record of eating out. The building she resided in was subject to compulsory testing.

In addition, the authorities have not found any overlap between the patient's whereabouts and other cases for the time being, but some of the other cases have lived or visited the same area. Chuang said there may be hidden transmissions in Kowloon City.

Chuang said the authorities conducted nucleic acid reviews for cases that tested positive via rapid tests last Thursday, of which 44, or 14 percent, tested negative. They will be deleted from the overall caseload.

A nurse at Queen Mary Hospital confirmed, and one of 24 patients in the ward also tested positive with low viral load. Three doctors in the intensive care unit at North District Hospital tested positive and are awaiting further testing. They reported not contacting any confirmed cases in the past 14 days.