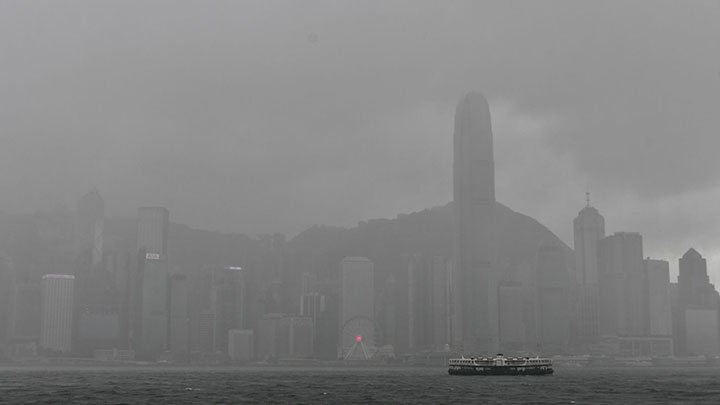 Hong Kong Children's Hospital sees a new outbreak involving four medical workers, as the city reported 4,593 new cases.
Among the new cases, 4,344 were transmitted locally, including 1,716 confirmed via PCR tests and 2,628 verified positive RAT results, Chuang Shuk-kwan from the Centre for Health Protection reported. She continued that the remaining 249 infections were imported cases.

No other staff and patients were listed as close contacts for the time being, and the Hospital Authority is investigating the source of infection.

She said the patient had been infected in early July, but due to the poor resistance to the disease, the virus level still fluctuated in early August. The situation was common in patients with poor immunity, and the patient concerned has been also treated in isolation for long periods. The association between the group of health care providers and the patient has yet to be investigated.

Some 9,000 eligible inbound travelers were allowed to leave the quarantine hotel on Wednesday. Chuang said given the large number of people involved, it takes time for hotels to arrange and those who stayed longer will be released earlier. She stressed that the new arrangement will officially be effective on Friday.

The center was informed of 277 positive cases from 214 schools, including 211 students and 66 teachers and staffers. Four schools have classes to be suspended for a week after students caught Covid. Three elderly homes and two care centers for the disabled also reported new infections.

Kwan also reported four related deaths, including three men and one woman aged 61 to 87. The overall death tally of the fifth wave now stands at 9,341.

Public hospitals and treatment facilities are now housing 1,516 patients. Among them, 23 are in critical condition, 25 are in serious condition, and six are in hospital intensive care units. In the past 24 hours, 227 patients have recovered from Covid, and 194 of them have been discharged.

On the other hand, the city sees another six cases of malaria, pushing the overall tally to 85.
#Covid
Add Comment