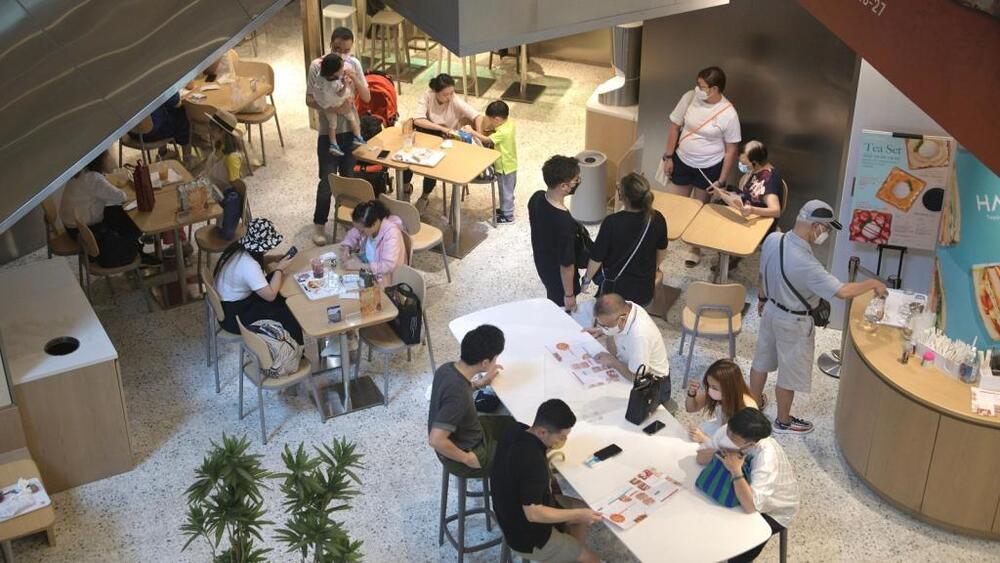 Hong Kong reported 3,436 new Covid-19 cases on Monday, of which 888 were confirmed cases reported by schools.
Among the new cases, 3,182 were locally transmitted, including 1,185 confirmed via PCR tests and 1,997 verified positive RAT test results, according to Chuang Shuk-kwan from the Centre for Health Protection.

The other 254 infections were imported cases, of which 217 were detected via PCR tests and 31 were verified with positive RAT test results.

The center was also informed of 888 positive cases involving 751 students and 137 teachers and staffers from 110 kindergartens, 241 primary schools, 185 secondary schools, and 12 special schools.

Eight schools have classes to be suspended for a week after the students and teachers caught Covid.

In addition, Catherine's International Kindergarten in Kowloon Tong saw one driver being confirmed earlier, followed by four more students who have taken the No. 18 bus in the mornings being tested positive on Monday.

Nursery C AM class has two students who took the bus confirmed, but another student who did not take the bus also tested positive. The class was suspected to have transmission and needed to be suspended for a week.

Another suspended class upper 7 AM had a teacher who took the bus and get confirmed earlier, then two students also tested positive.

The kindergarten has suspended the bus operation and replaced the bus with a new one. The school has a total of four students in the morning classes and 9 students in the afternoon classes caught Covid, as well as two classes being suspended. The center said it will not suspend the whole school hastily.

Larry Lee Lap-yip, the authority's chief manager for integrated clinical services, reported three related deaths, including a man and two women aged 58 to 101. Two of them have received three jabs and the other got two.

The 60-year-old woman, who had received three injections, was taken to the hospital on July 11 after fainting at home. She tested positive five days ago. Her electrocardiogram showed that she had symptoms of myocardial infarction and was in poor condition.

The 58-year-old man, who has diabetic, was sent to the emergency department on July 16 with a sore throat, shortness of breath, and low blood pressure. His electrocardiogram showed that he had symptoms of myocardial infarction.

The death tally of the fifth wave now stands at 9,227.

Four elderly homes and one care center for the disabled reported new infections.

Three staffers in the medical ward of North District Hospital were confirmed, including two nurses and a phlebotomist. A total of four patients and six staff members have tested positive in the ward.

So far, 13 patients and five medics at Hong Kong Buddhist Hospital have been infected after adding three female patients aged 85 to 95. They are all in stable condition.

Public hospitals and treatment facilities are now housing 1,182 Covid patients. Among them, 17 are in critical condition, 38 are in serious condition, and four are in hospital intensive care units.
#COVID-19  #Covid
Add Comment