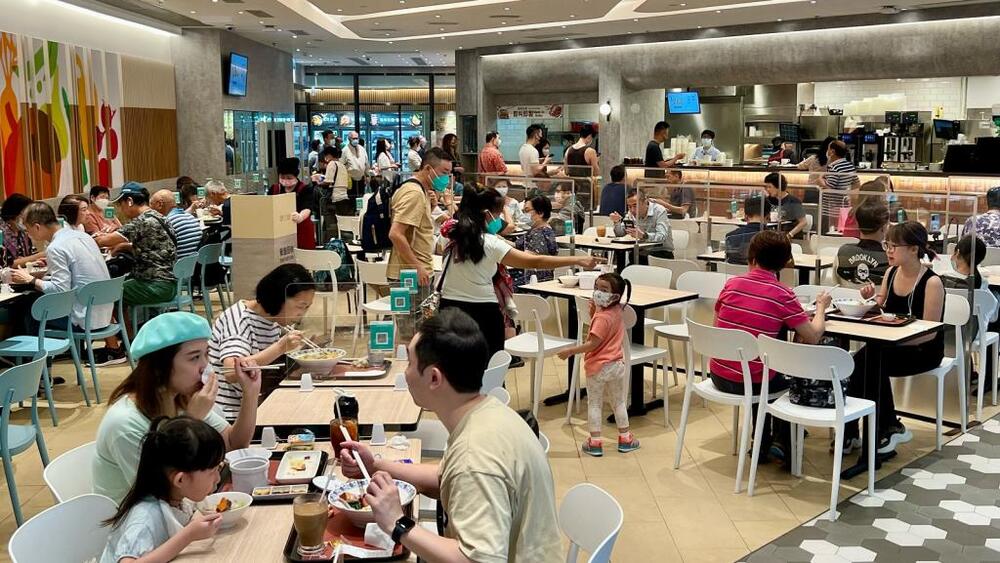 New Omicron subvariants are believed to have been transmitting in local communities in Hong Kong as the city reported 2,358 new Covid-19 cases on Thursday.
Of the new cases, 2,196 were locally transmitted, including 823 confirmed via PCR tests and 1,373 verified rapid antigen test results.

The remaining 162 cases were imported from overseas, including 74 detected at the airport, and 70 at quarantine hotels, while 18 were patients who completed seven-day isolation and entered communities.

The Centre for Health Protection's principal medical and health officer Albert Au Ka-wing said the caseload of the fifth wave has exceeded 1.233 million.

Health authorities detected 8 more cases of the BA.2.12.1 Omicron subvariant. At the same time, another 28 suspected cases of the BA.4 and BA.5 subvariants were reported, eight of which were of unknown origin.

Au said the city has recently seen many BA.4 or BA.5 cases of unknown origin, suggesting that new Omicron subvariants have already been transmitted into local communities.

He said the authorities would isolate the cases as soon as possible and arrange for their families to be isolated.

He added that no re-infections were observed in BA.4 or BA.5 cases for the time being. Despite the higher transmission rate of the subvariants, there is no evidence of a higher risk of serious illness or death.

A total of 192 confirmed cases were reported by 148 schools on Wednesday, as class 3LY of Fanling Kau Yan College would have to be suspended.

Hospital Authority's chief manager for quality and standards, Lau Ka-hin, reported two new deaths, pushing the death tally in the city to 9,188. The deceased were two women aged 85 and 98.

Hospitals and treatment facilities are housing 692 Covid patients. Among them, 12 are in critical condition, 13 in serious condition, and three in intensive care.
#COVID-19  #Covid
Add Comment