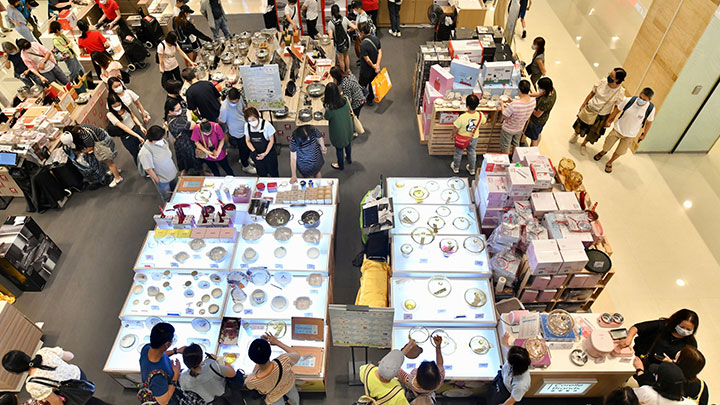 Hong Kong saw its daily infection continue rising after reporting 1,179 infections on Thursday, as health authorities said the rise is to continue for a while.
Among the new infections, 1085 were locally transmitted, including 423 confirmed via PCR tests and 662 self-declared positive RAT results.

The remaining 94 cases were imported from overseas -- 38 detected at the airport, 43 at quarantine hotels, and 13 patients who finished seven-day isolation and entered communities.

The Centre for Health Protection's principal medical and health officer Albert Au Ka-wing said the number of cases increased in the past two weeks and was expected to keep rising for some time.

He said as citizens' lives returned to normal and social distancing measures were relaxed, the increase in caseload was expected and was much lower than the peak of the fifth wave.

The authorities will continue to monitor the development of the pandemic, but there is no explosive growth for the time being. Au called on the public to continue to wear masks and get tested if they felt unwell.

A total of 113 cases were reported by 103 schools, involving 83 students and 30 teachers and staffers.

Class K1NA of Cannan Kindergarten (Charming Gdn), which has reported transmission earlier, had three cases on Thursday. The authorities recommended the suspension of classes until June 23. The kindergarten already had two classes suspended earlier.

Today also added five more suspected BA.4 or BA.5 cases, all of which were imported.

Lee pointed out that public hospitals and treatment facilities house 422 Covid patients. Seventeen are in critical condition, nine are in serious condition, and three are in intensive care. Another 53 patients have recovered from Covid and been discharged in the past 24 hours.
#Covid
Add Comment