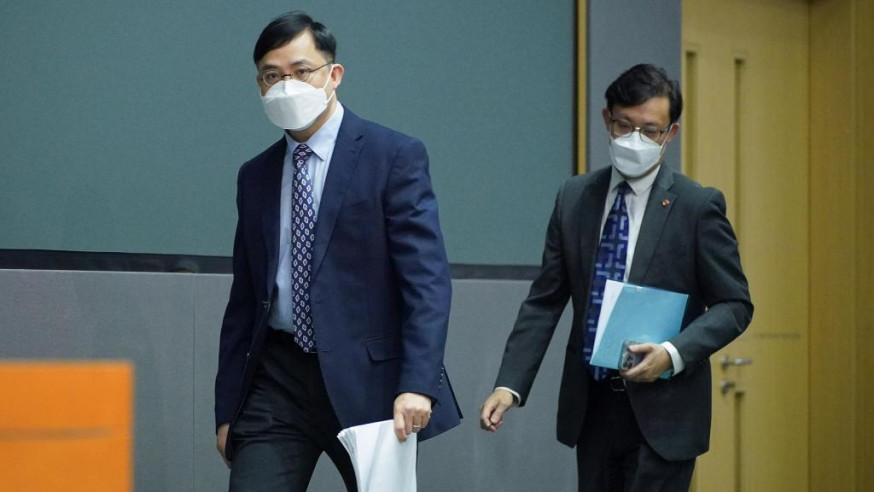 Hong Kong reported 1,145 new Covid-19 cases on Friday as health authorities reassured the public healthcare system is not overwhelmed by the surging infection numbers, saying many are vaccinated or have been infected before.
Among the new cases, 1,014 were locally transmitted including 379 confirmed via PCR tests and 635 verified positive RAT results. The remaining 131 cases were imported from overseas -- 67 detected at the airport, 54 at quarantine hotels and 10 were patients who completed the seven-day isolation.

The Centre for Health Protection's principal medical and health officer Albert Au Ka-wing said the tally of the fifth wave now stands at 1,211,501.

On the other hand, Au said although the daily caseload exceeded 1,000 for several days, the number of hospitalized patients didn't increase and most of the patients developed only mild symptoms.

He also dismissed concerns of heavier workload on the public healthcare system, saying that many have received their Covid shots or been infected before already. He added the treatment facility at AsiaWorld-Expo can reopen with sufficient manpower if needed.

Au replied to the remarks made by the University of Hong Kong health expert Ivan Hung Fan-ngai as well, who suggested authorities reporting critical cases and death figures only in the future. Au said although these two are important indicators for assessing the pandemic development, the exact number of cases is crucial in weighing the percentage of deaths and severe illnesses.

The center was informed of 145 cases from schools, involving 102 students and 43 teachers and staffers.

At CCC Kwei Wah Shan College in North Point, class 5W reported four cases. Two students and a teacher from a secondary one English class of HKFYG Lee Shau Kee College were infected with Covid, as well as two students from class 1B at Fanling Government Secondary School.

On the other hand, health authorities reported 19 suspected cases carrying the Omicron subvariant BA.2.12.1, five of which were unknown source cases.

Hospital Authority's chief manager for integrated clinical services Larry Lee Lap-yip reported a death, involving a 58-year-old female patient of terminal nasopharyngeal carcinoma, a cancer located behind the nose and the back of the throat.