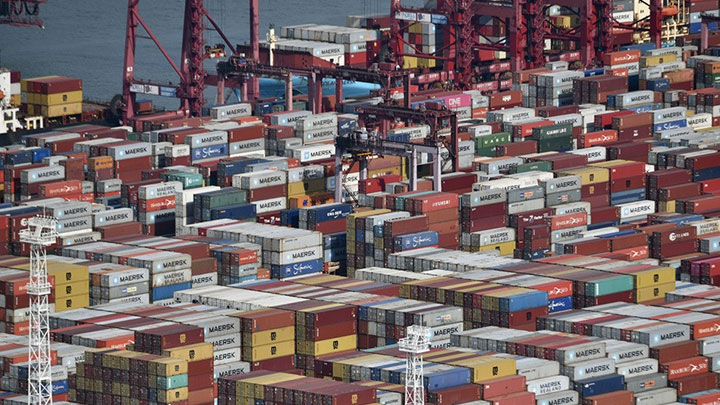 Hong Kong’s exports contracted the most since the pandemic first began in early 2020, as global demand eased and shipments with mainland China were disrupted.
Exports plunged 14.3% last month from a year earlier, the Census and Statistics Department said Monday, the biggest drop since January 2020 and the fourth consecutive month of decline. Economists surveyed by Bloomberg predicted a 9.7% drop.

The biggest declines came from exports to Japan, which plunged 24.7% from a year earlier, and to mainland China, which contracted 19.4%.

Imports fell 16.3% in August from a year earlier, worse than economists’ predictions for a 10.2% decrease. That resulted in a trade deficit of HK$13.3 billion, compared with a HK$27.6 billion deficit in July.

Hong Kong’s exports have been battered by disruptions to trade with China, where strict lockdowns and quarantine policies have hampered logistics and supply chains.

The financial hub has faced a slow recovery from its own Covid restrictions, but economists expect a momentum boost after the government lifted mandatory hotel quarantines for incoming visitors late last week.

In Hong Kong, borrowing costs are also climbing after banks in the city last week raised their main lending rates for the first time in four years.

The city has already cut its economic growth forecast for the year to a range of -0.5% to 0.5%.

He also acknowledged that the sluggish economy may mean that the city’s fiscal deficit will exceed $100 billion in the 2022-23 year, nearly double the government’s earlier estimate.
#Covid
Add Comment