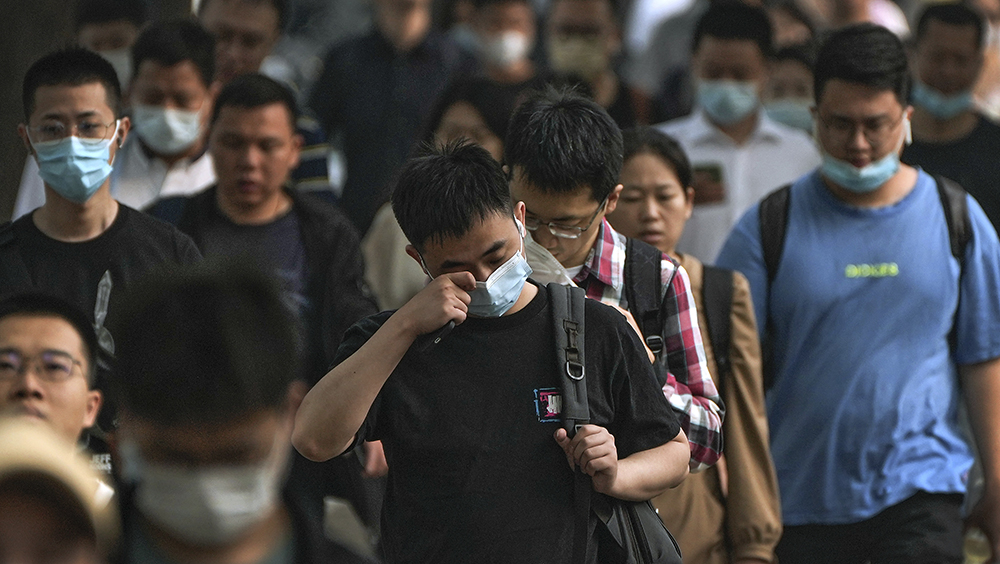 Experts claimed that the crude death rate of Covid-19 in Hong Kong was recorded as 0.11 percent, which means the city is on course to relax disease prevention measures.
In a radio program, Ho Pak-leung, the University of Hong Kong’s microbiologist, claimed he found the higher vaccination rate and the broad use of oral medications contributed to the lower death rate in the city, which was logged at 0.11 percent.

“I think it is time now to loosen the anti-Covid arrangements in case it is causing citizens to have anti-epidemic fatigue,” he said, noting the death rate from the first to the fourth wave of the epidemic was 1.68 percent and 0.77 percent in the fifth wave.

Ho added that the limitation of headcount for dining in restaurants or other premises could be lifted while claiming the compulsory testing for residential buildings could cease.

Leung Chi-chiu, a respiratory expert, said he believed the epidemic has reached its peak since the daily confirmed cases recorded have kept dropping over the last week.

More relaxed entry policies should be introduced by authorities to help the city’s economy recover, he said.

In the press briefing on Tuesday (September 13), Chief Executive John Lee Ka-chiu called on citizens to remain cautious about the epidemic since the death rate of Omicron in Hong Kong was currently at 0.6 percent, which is higher than ordinary influenza at 0.1 percent.
#COVID-19  #Covid
Add Comment