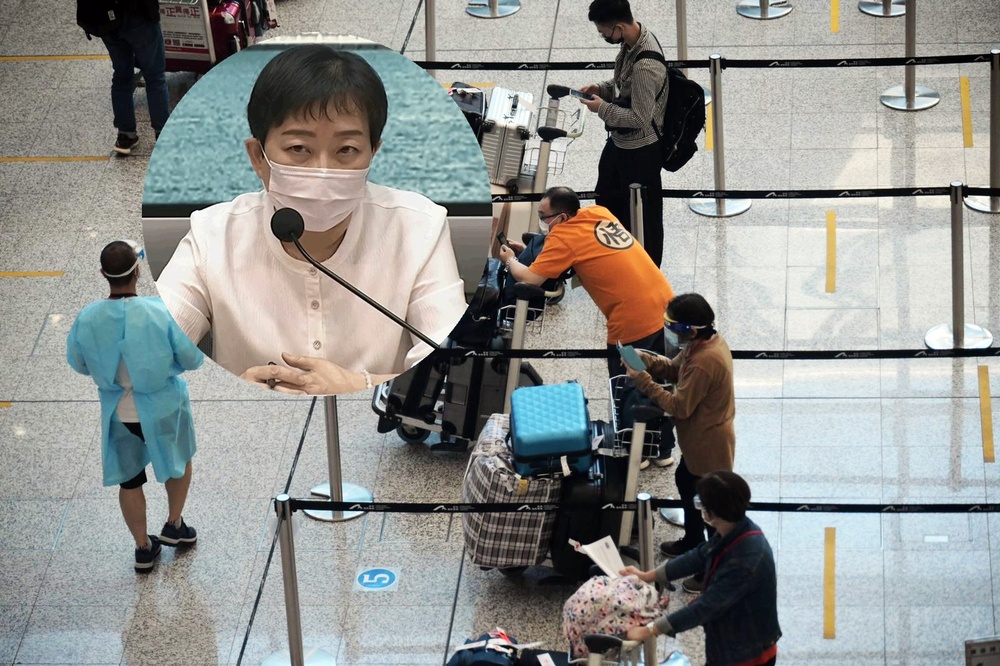 The local patient is a 47-year-old woman who works at an airline lounge “The Wing” at the airport. She last worked on August 14 and came in contact mainly with outbound or transfer passengers.

Chuang Shuk-kwan, head of the CHP's communicable disease branch, said the woman may have contracted Covid at her workplace.

Chuang said the woman originally planned to get vaccinated at a private clinic on August 8, and told the doctor that she had been coughing for almost a month.

“The doctor suggests the woman get a checkup at the hospital, where a deep throat saliva sample she gave at the North Lantau Hospital tested preliminary positive, and carried the L452R mutant strain. She also tested negative for antibodies,” Chuang added.

The CHP said around 30 individuals - including 20 of the woman’s colleagues have been listed as close contacts and will be brought under quarantine.

The remaining two cases were imported cases, involving returnees from the United Kingdom and Oman.