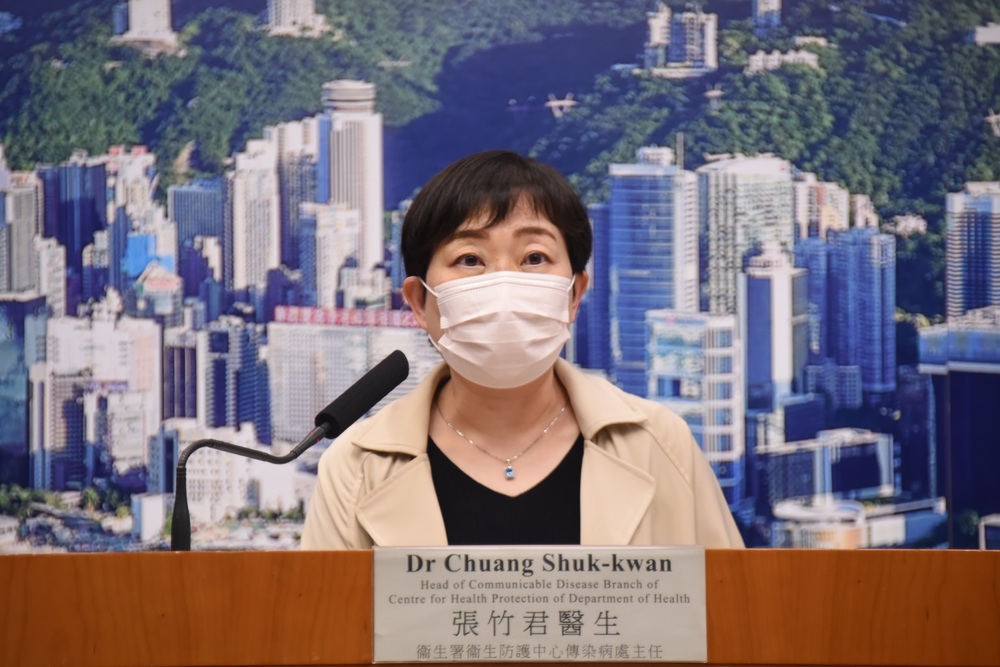 Hong Kong has recorded six new confirmed Covid-19 cases – one local and five imported – bringing the tally to 11,468 cases, according to the Centre for Health Protection.
There were also over ten preliminary positive cases today, mostly being imported cases, along with two untraceable cases.

Chuang Shuk-kwan, head of the Centre for Health Protection's Communicable Disease Branch, said the source of infection for the one local case today remains unknown.

The five imported cases today were returnees from the Philippines, Turkey and the USA.

Chuang said the patient with untraceable source of infection is a 25-year-old man who works at a property management agency on Portland Street in Mong Kok. He last worked on March 29 and had developed a running nose the same day.

The man was said to have been to multiple buildings for inspection during his job, having been to buildings on 88 and 99 Nga Tsin Wai Road in Kowloon City, 22 Cooke Street in Hung Hom and 2L Saigon Street in Jordan.

All the relevant buildings will be included in the compulsory testing notice.

Meanwhile, the man lives in Block B of Phase 3 Kwan Yick Building in Sai Ying Pun. Chuang said the building had previously seen another resident infected mid-March, the building had also been locked down on March 17.

“The man had undergone Covid testing that day and was tested negative for the virus. It is for safety precaution that residents of the building undergo testing again as it has already been 10 days and the man could have contracted the virus elsewhere,” said Chuang.