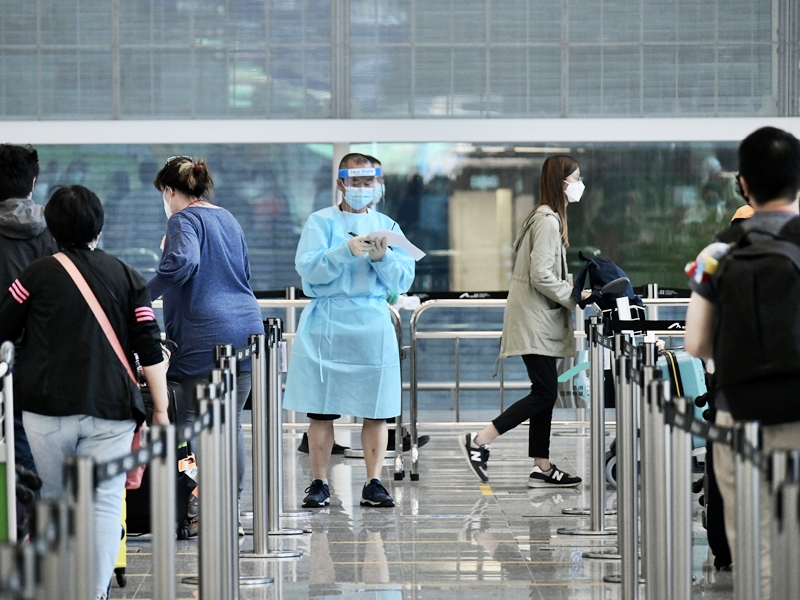 With no locally transmitted Covid cases reported, Hong Kong is carrying on a 38-day run of zero local cases.

Authorities have reported 36 cases in the past two weeks, with all of them imported.

In total, the city has recorded 12,177 confirmed cases since the start of the pandemic.

Meanwhile, the Centre for Health Protection is investigating an overseas positive Covid case.

The case involved a 47-year-old man who lives at Tower 11, Carmel Cove, Phase 3, Caribbean Coast in Tung Chung. He is a cargo flight crew member and tested negative for Covid in Hong Kong on September 17.

He had also received two doses of the BioNTech vaccine on April 7 and April 29 in Hong Kong.

The CHP was notified yesterday by the Australian health authority that his specimen collected in Australia on September 20 tested positive. He remained asymptomatic and was admitted to hospital for treatment.

The man’s first sample collected after admission tested negative and the hospital will arrange further tests.

Health authorities are currently following up on the case with the Australian health authority and will continue the epidemiological investigation and contact tracing of the patient. The building where the man resided in Hong Kong has also been included in a compulsory testing notice yesterday as a prudent measure.
#BioNTech  #vaccine  #Covid
Add Comment