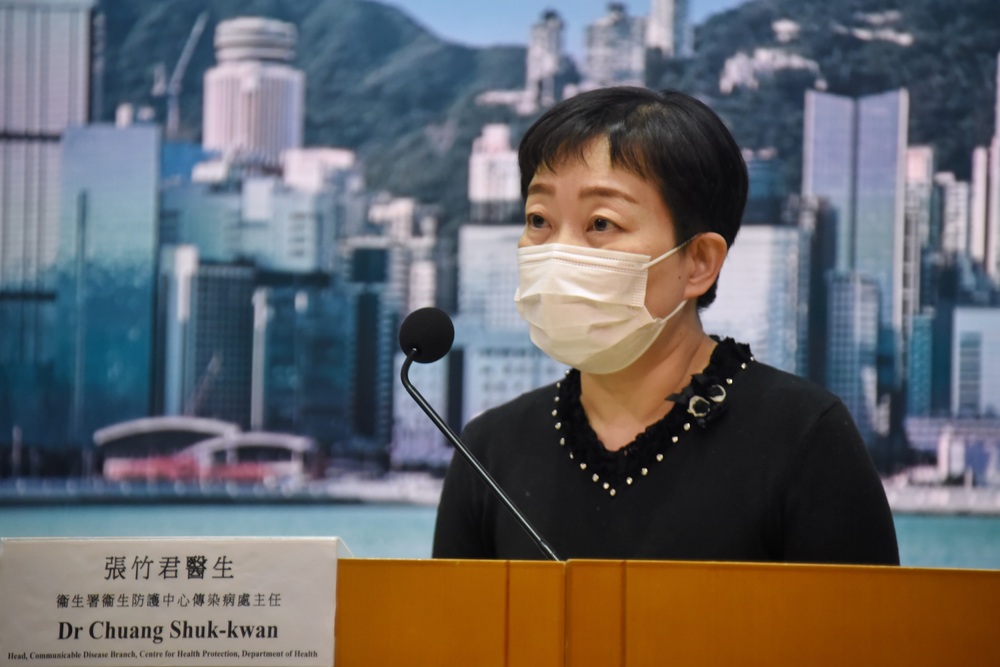 Hong Kong has recorded 13 new confirmed Covid-19 cases - six local and three imported – bringing the tally to 11,056 cases, according to the Centre for Health Protection.
Among the nine patients were seven men and two women, aged between 12 to 74 years. There were also around ten preliminary positive cases today, with a few patients’ source of infection unknown.

Chuang Shuk-kwan, head of the Centre for Health Protection's Communicable Disease Branch, said of the local cases today, five of them were linked to previous local infections and the other one with untraceable sources.

The three imported cases today were returnees from Indonesia, Pakistan, and the Philippines.

Chuang said the patient with untraceable source of infection is a 69-year-old male who works security at Hung Fuk House in Sham Shui Po. He lives in Ching Moon House of Tin Ching Estate in Tin Shui Wai. The two buildings will be included in the compulsory testing notice mandating residents to undergo Covid testing.

As for the five cases linked to previous local infections, one of them was a staffer of Cartier at K11 Musea. The mall cluster has so far seen 51 infected.

Chuang also said three other buildings have been included in the compulsory testing notice. Those include Elegance Gardens in Tuen Mun, Block 2 of Seaview Crescent in Tung Chung, and Tower 5 of Residence Oasis in Tseung Kwan O.
#COVID-19  #Covid
Add Comment