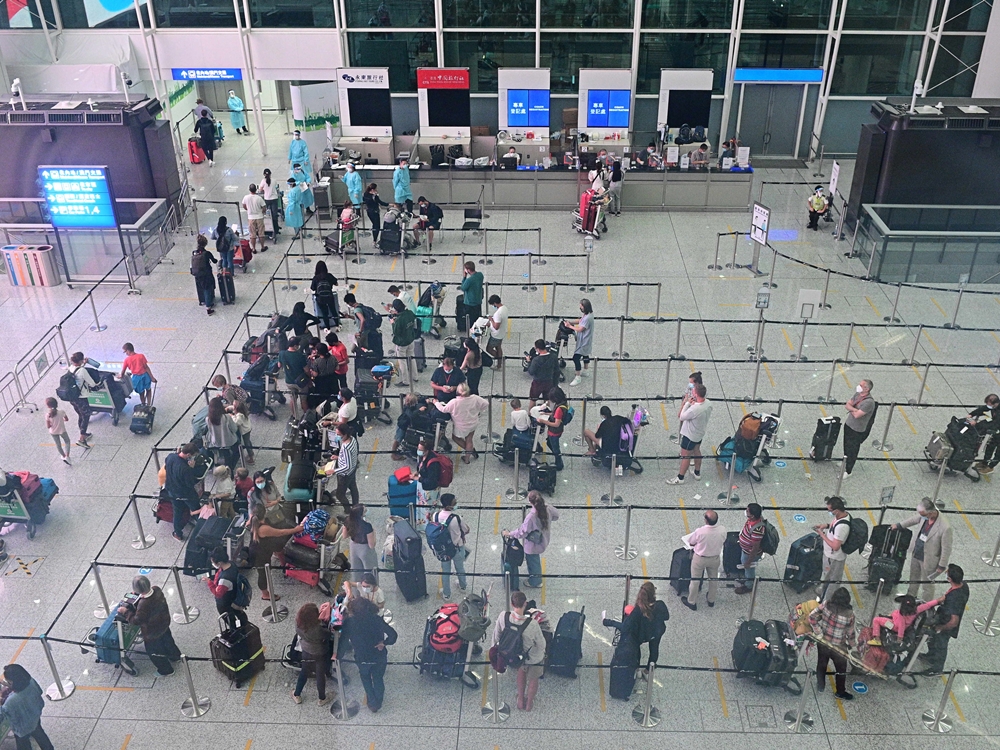 Health authorities on Saturday reported five new Covid infections, all imported and all fully vaccinated.
Three flew in from Switzerland, while the others were from Russia and the Philippines.

All five did not develop symptoms of Covid-19.

For those arriving from Switzerland, they include two men and a woman aged between 21 to 46.

Authorities have reported 61 cases in the past two weeks, with all of them imported.

In total, the city has recorded 12,139 confirmed cases since the start of the pandemic.

Meanwhile, the Centre for Health Protection was notified of two confirmed cases in the UK on September 9, which involved two male patients aged 16 and 51.

The 16-year-old man lived at Block 19 of Baguio Villa in Pok Fu Lam. He departed Hong Kong on August 26 for the UK via flight CX255. He tested negative on August 23 in Hong Kong and his specimen collected on September 6 in the UK tested positive for Covid and he remains asymptomatic.

The other patient - a 51-year-old man lived at Block 3 of Kent Court in Kowloon. He departed Hong Kong on September 1 for the UK via flight CX255. He tested negative on August 30 in Hong Kong and developed symptoms on September 3 and his specimen collected on the same day in the UK tested positive for the virus.

The two had both received two doses of the BioNTech vaccine in Hong Kong earlier.

In view of the two patients, health authorities had listed the two buildings they stayed at in the compulsory testing notice. Specified persons who had been present at the relevant venues at specified periods need to undergo compulsory testing on or before September 11.
#BioNTech  #COVID-19  #vaccine  #Covid
Add Comment