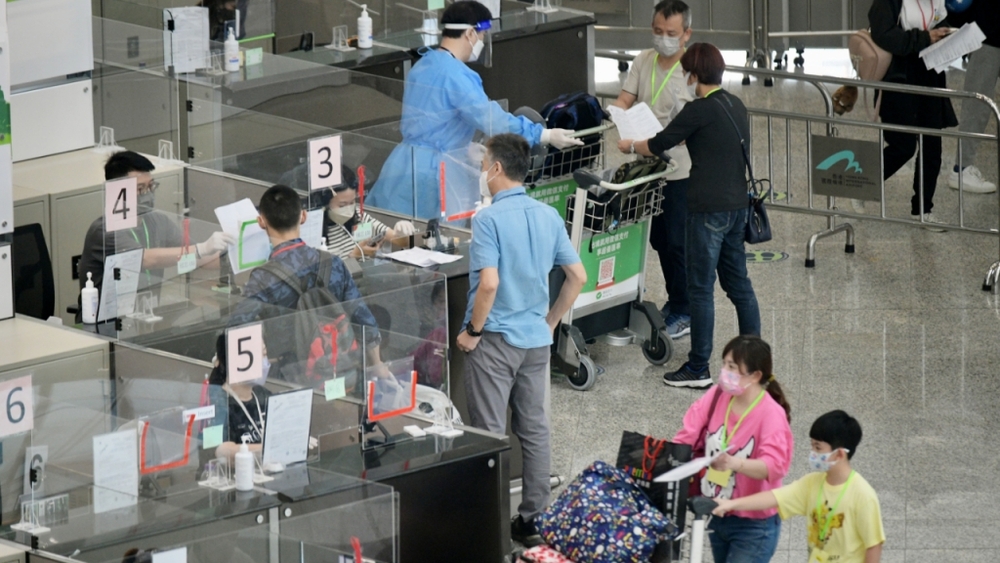 Health officials confirmed 6,054 new Covid-19 cases on Thursday (August 18), with 243 imported cases and five deaths, including two patients previously discharged but then passing away due to their worsening conditions.
Public hospitals now accommodate 1,886 Covid-19 patients, with 265 newly admitted and 34 in critical condition, confirmed Chuang Shuk-kwan, the head of the Centre for Health Protection’s communicable diseases branch.

“The number of cases reported to be infected with the variant of Covid has been increasing recently,” said Chuang, “it is believed 27.2 percent of the patients were infected with the BA.4/5 variant and nine percent were BA.2.12.1.”

Confirmed cases aged between one to three years old account for 1.8 to two percent of the total amount, seeing a rise compared to the figure of 1.2 percent in July.

Around one to two percent of cases recorded each day were reported to be infected previously from February to April this year, Chuang said.

She noted that it is unreliable to predict the trend of daily cases since the BA.5 variant is more contagious.

Among the five patients who passed away today, two were discharged previously, but their condition worsened, and they were admitted to the hospital again.

One of them is a man aged 82 who had already gotten three jabs of the Covid vaccine and was diagnosed with chronic diseases. He was reported to have been admitted in late July for being infected with Covid and discharged later as testing negative with the nucleic acid test. However, he was found with gastric hemorrhage on August 14 and sent to the emergency unit while still testing as negative for Covid.

The other one, a 92-year-old woman who had two doses and was diagnosed with high blood pressure, fell into a coma one week after discharge from the hospital and was pronounced dead with no vital signs afterward.

It is believed the two deaths have no direct relation to Covid.