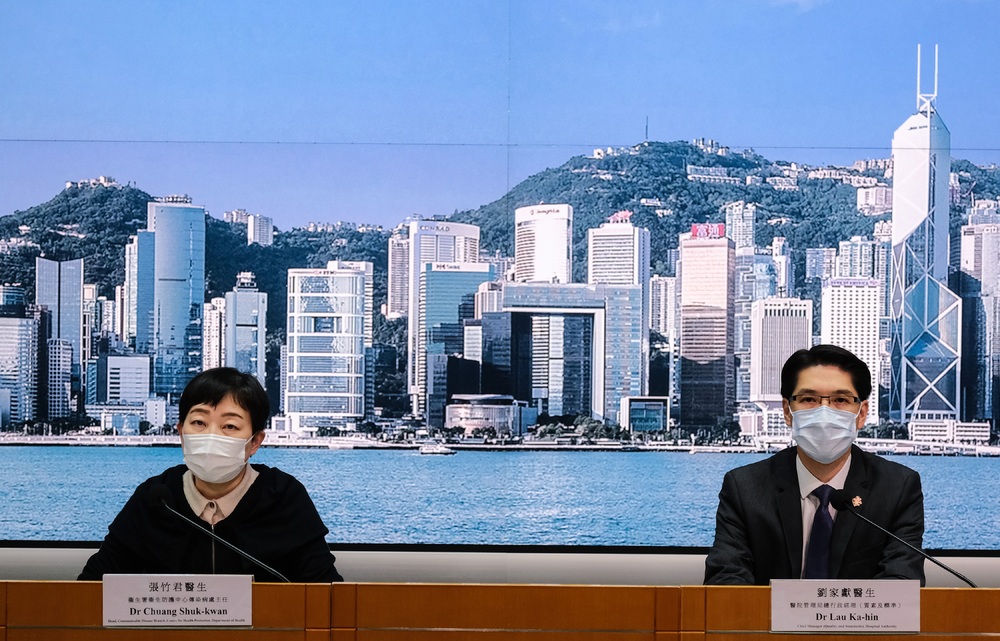 The Centre for Health Protection said as of 12am today, it has recorded 39 additional confirmed coronavirus cases – one imported and 38 local – bringing the tally to 10,322 cases.
Dr Chuang Shuk-kwan, head of the Centre for Health Protection's Communicable Disease Branch, said of the fresh local cases today, 18 were linked to previous local infections and 20 with untraceable sources.

Chuang said Block 7 of Laguna City in Lam Tin will be included in the compulsory testing notice with three confirmed cases found in two units within the building.

As for the previous outbreak at Block 5 of Laguna City, Chuang said all 25 environmental samples collected from the building returned to be negative.

She also added that 60 individuals have been evacuated from Block C of Tung Fat Building in North Point, authorities will follow up if anyone has been left behind.

Dr Lau Ka-hin, the Hospital Authority's chief manager for quality and standards, said one of the patients is a 47-year-old man hospitalized at Kwong Wah Hospital on December 23 due to shortness of breath.

His condition continued to deteriorate and he eventually succumbed at 8.32am today.

The other patient is a chronically ill 66-year-old man who was hospitalized at the United Christian Hospital. His condition continued to deteriorate after she was diagnosed with Covid-19, he eventually succumbed at 12.16pm.
#COVID-19  #Covid  #Coronavirus
Add Comment