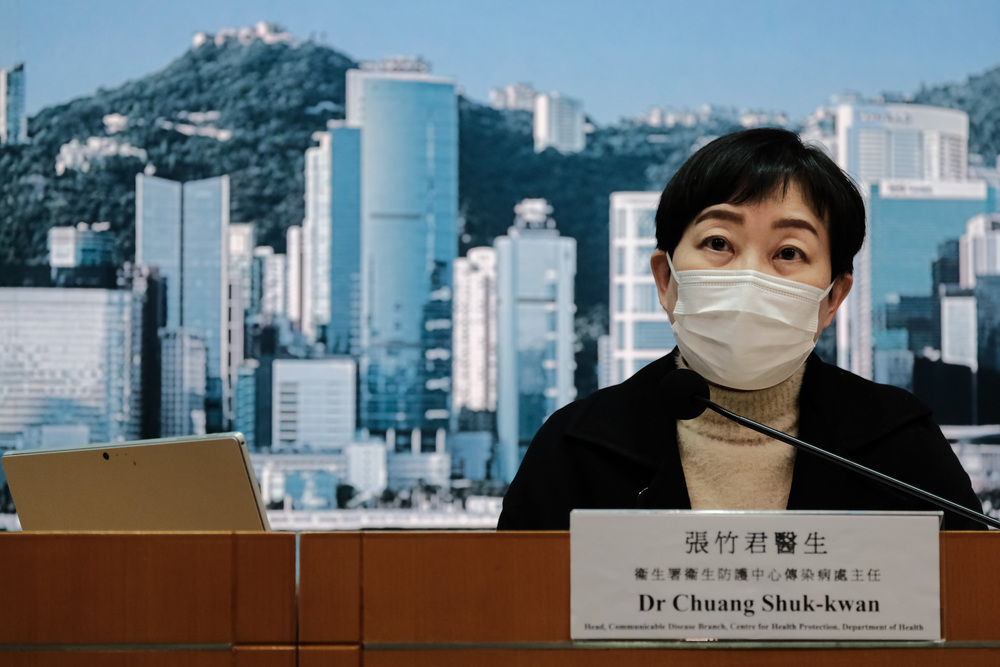 The Centre for Health Protection said as of 12am today, it has recorded 37 additional confirmed coronavirus cases – three imported and 34 local – bringing the tally to 10,590 cases.
Among the 37 patients were 17 men and 20 women, aged between 10 months to 87 years. There were also around 20 preliminary positive cases today.

“The buildings where the nine patients with untraceable infections live will be included in the compulsory testing notice,” she added.

The nine buildings were said to be Tower 1 of Goodview Garden in Tuen Mun, Block B of Fu Loy Garden in Yuen Long, Block 9 of Caribbean Coast in Tung Chung, Rose House of Ma Tau Wai Estate in To Kwa Wan, Wah Fat Building in To Kwa Wan, Tower 9 of Hong Kong Gold Coast Phase II, Oscar Court in Mong Kok, Lai On Building in Sai Ying Pun, and the building on 26 Queen's Road West.

Chuang also mentioned that one of the patients with untraceable infection today is a staff who worked at a Tuen Mun engineering company. Where the patient’s coworker was found to have contracted the coronavirus on January 29 when traveling to South Korea, some 20 staff working at the company have since been put under quarantine.

Meanwhile, the Centre for Health Protection announced that the preliminary positive case found within the Yau Ma Tei restricted area in yesterday night’s lockdown is a recovered patient, the patient had since developed antibodies for the virus.
#Covid  #Coronavirus
Add Comment