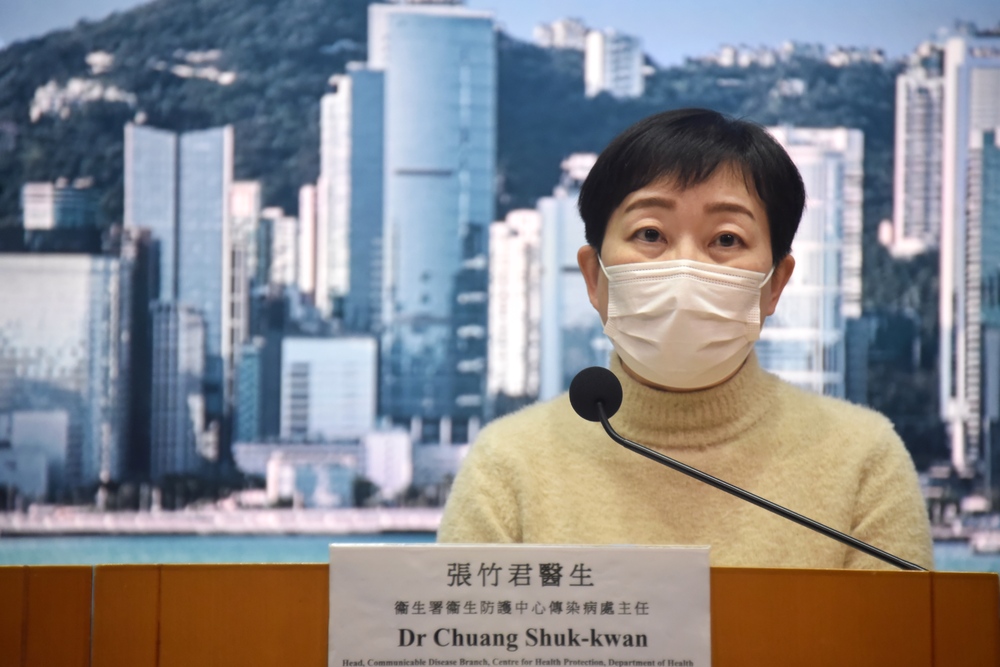 Hong Kong has recorded 21 new confirmed Covid-19 cases – eight local and 13 imported – bringing the tally to 11,121 cases, according to the Centre for Health Protection.
Among the nine patients were 12 men and nine women, aged between one month to 58 years. There were also fewer than ten preliminary positive cases today, with a few patients’ source of infection unknown.

Chuang Shuk-kwan, head of the Centre for Health Protection's Communicable Disease Branch, said of the local cases today, five of them were linked to previous local infections and the other three with untraceable sources.

The 13 imported cases today were four returnees from Pakistan, three from the Philippines. The rest were from Canada, Singapore, Nigeria and one who has been to the USA and the Netherlands.

Chuang said among the three patients with untraceable source of infection is a 56-year-old man who works on the 35th floor of Windsor House in Causeway Bay. He has the onset of symptoms on March 1 and last worked on March 3. He sought medical attention on March 7 and later tested positive. He lives in Block 1 of Phase 1 Coastal Skyline in Tung Chung.

Chuang added that the man had dined at the Coast Seafood & Grill in Causeway Bay on February 22, where they noted three other patients had also been to the restaurant previously. Of which, one of them had been to the Covid-hit restaurant at K11 Musea in Tsim Sha Tsui.

The second patient with untraceable infection is a 41-year-old man who works at the Public Works Regional Laboratory of the Civil Engineering and Development Department in Tai Po. The man had symptom onset on March 1 and last worked on March 5. He lives in Block 1 of Dawning Views in Fanling.