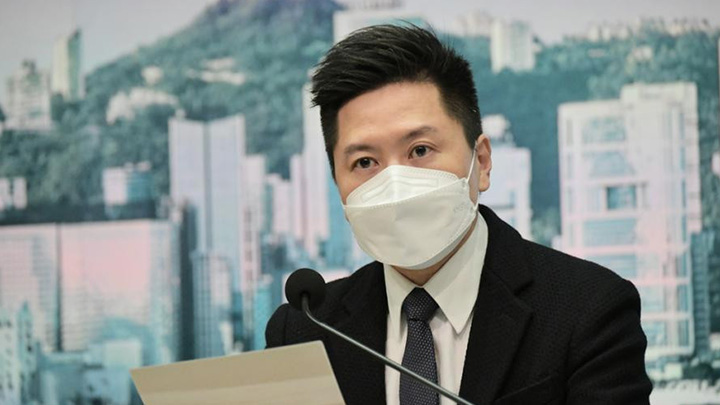 Hong Kong's daily Covid-19 caseload dipped further to 2,777 on Wednesday, the first time the city has seen its daily tally falling below 3,000 since February.
Among the new cases, 1,489 were confirmed via PCR tests, and the other 1,288 were positive rapid antigen test results reported by citizens, according to Controller of the Centre for Health Protection Edwin Tsui Lok-kin.

The official infection tally of the fifth wave has now gone up to 1.167 million.

Among the cases confirmed via PCR tests, Tsui said seven of them were imported from overseas.

He warned that with citizens engaged in different activities during the Ching Ming holiday, the city may see a rebound in its infection numbers.

Hospital Authority's chief manager for quality and standards, Lau Ka-hin, said 88 deaths were logged by public hospitals in the past 24 hours. He also reported another 27 Covid-related deaths due to lagged results.

The death tally of the fifth wave now stands at 8,247, with the city’s Covid death rate climbed to 0.71 percent.

Separately, Lau noted that the to be completed emergency hospital in the Lok Ma Chau Loop, which will provide around 11,000 beds, will be fully managed by medical workers from the mainland.

The Hospital Authority revealed that admission of patients into the hospital will follow mainland medical guidelines, with details of the plan to be announced later.
#COVID-19  #Covid
Add Comment